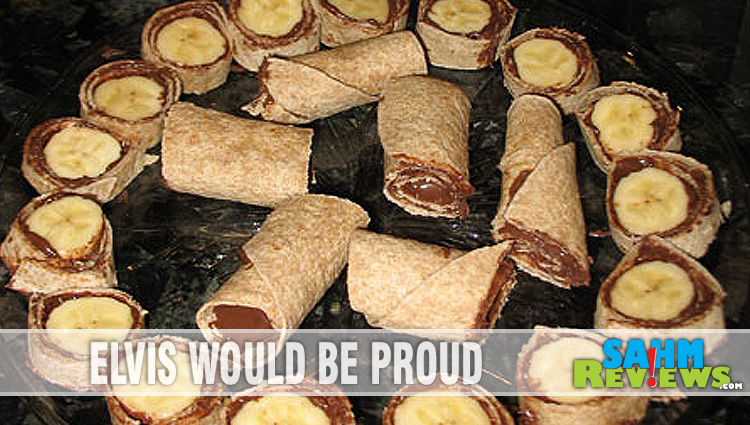 When we lived in California, I remember shopping one day at Cost Plus Imports and seeing my DH’s eyes just light up. He spotted Nutella Hazelnut spread and quickly reminisced with me about how they used to eat it all the time while living in Germany when he was a kid. His family was civilian military and they were stationed there for a number of years. Nutella was one of the things he had forgotten until he saw it on the shelf at the store.

A few years after that, I was excited to share the word through a BzzAgent campaign and figured it was the introduction of the product to the area. Having tried it myself, it didn’t take much for me to rant and rave. Chocolate plus hazelnut equals yum.

Now I’ve been given the opportunity to spread a greater word through a MomSelect MommyParties event. This time, they aren’t focusing on announcing the product. Instead, it’s a focus on the how it can be incorporated into a healthy breakfast or snack.   Personally, I’ve eaten it for years and never really thought about how healthy it was. I figured it was equivalent to peanut butter. But it’s not. It contains 50 hazelnuts in one jar of spread. It’s Kosher and doesn’t have any ingredients derived from gluten containing cereal (wheat, barley rye, oats or triticale). It doesn’t contain the hydrogenated oil or trans fat AND it’s low in sodium compared to popular nut butters.  Oh yeah… and it tastes great. 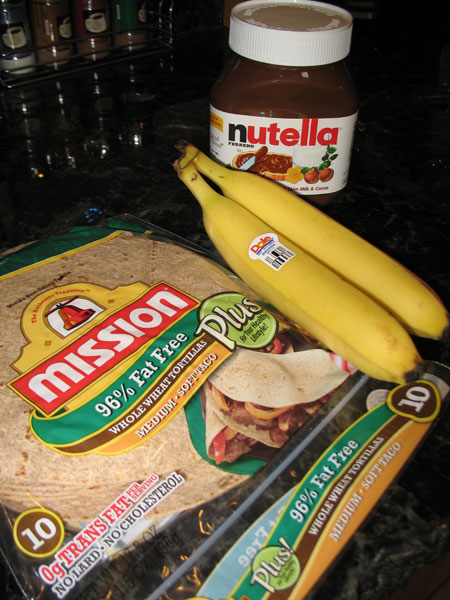 I invited some friends over to share this delicious treat and one of the first things someone said when they saw the display on the counter “Ooh! You have Nutella! I’ve had a bottle in my cabinet that my mother-in-law gave me a while ago. I’ve never eaten it though.” I was totally shocked and volunteered to remove the jar from her pantry. For this party, I prepared some samples, including fat-free, whole wheat tortillas with bananas and without. After trying it, she decided she wouldn’t be willing to share the bottle from her pantry. 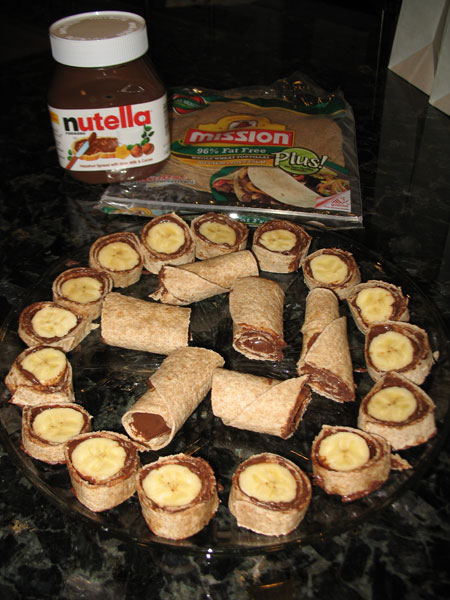 Another mom, who has two children with peanut allergies was concerned with whether they would be able to eat it. I explained that not only does it not contain peanuts but it also does not come in contact with any peanuts during manufacturing. She said that hazelnuts aren’t a common nut so when her kids were tested for peanuts, almonds, walnuts, etc they didn’t test for hazelnuts. Good point. I didn’t have an answer for that.

One friend, who is a nurse insisted on reading and deciphering the label. She was surprised with the results and said that her husband and son would really like Nutella.  Of all the people who tried it, only one said it was too rich for her tastes. Can’t win them all.

For me, the information I received was wonderful.  I’ve always known Nutella to be fantastic plain on a sandwich, on crepes or simply by the spoonful.  But I would have never considered spreading it on whole wheat tortillas or with bananas.  The material supplied even showed spreading Nutella on waffles.  It was a lot of fun to see some unique, yet healthy, recipes! 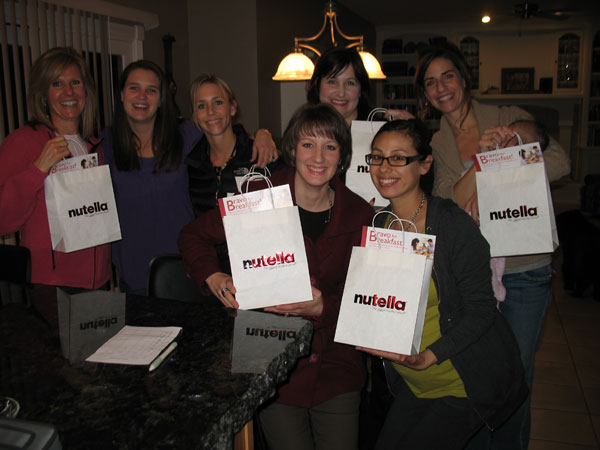 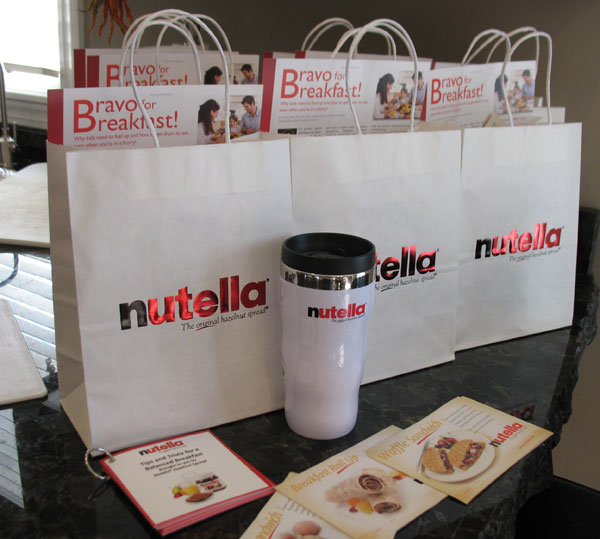 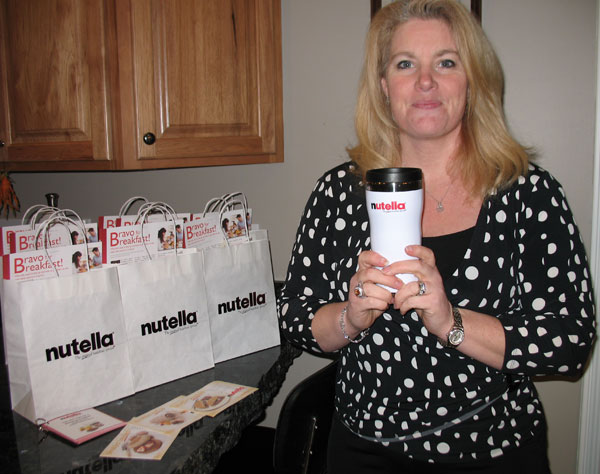 If you’re already familiar with Nutella then you know how great it is.  If you know any good recipes, please share them!  In the meantime, drop by their website to enter their sweepstakes or print out a coupon.  You can also find Nutella on Facebook!