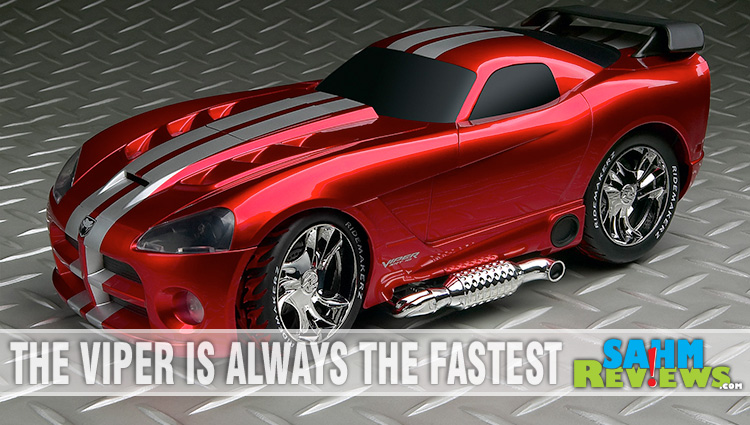 After trick-or-treating with my brother and sister-in-law, we sat around their kitchen just socializing. My cousin and his family live in their neighborhood also and stopped inside to warm up during their trek around back home. My cousin’s wife reminisced about their recent trip to Chicago to American Girl to celebrate their daughter’s birthday. They put together an entire weekend around the store!Over the past few years, more and more I hear of mother-daughter junkets to Chicago to the American Girl store. Chicago is a few hours from here so it’s quite a trip just to spend the day at a store that centers around dolls. Although I’m sure my daughters would love it, it’s just not something we have pursued. It’s a destination place and I continue to hear moms raving about what a great bonding experience it is.

But it got me thinking… there sure are a lot of girl parties and girl outings, but what is out there for boys? My nephew celebrated his birthday gaming with friends, but other than hitting a ball game with dad, what kind of father-son junkets are there? I was talking to a friend recently who has two boys the same ages as my girls and she said there really isn’t anything. When I was at BlogHer over the summer, I had the chance to meet with staff from the local Ridemakerz store. They sponsored an event the night before the Ford presentation and brought along some of their products for us to assemble and play with. I mentioned the Ridmakerz concept to my friend and she couldn’t wait to tell her husband. 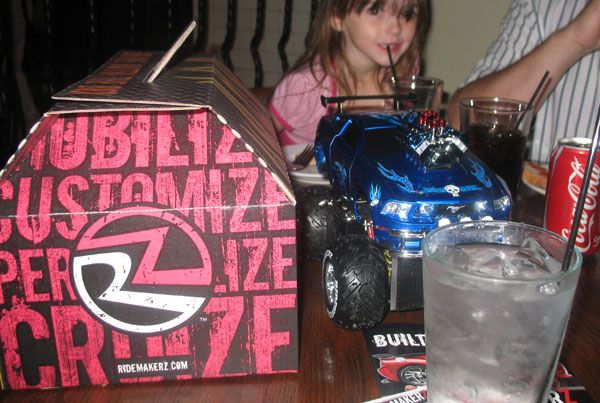 So what exactly am I talking about when I say Ridemakerz? Many families are familiar with the build-a-bear concept where kids go through various design stages to create their very own stuffed animal. The Build-a-Bear business model was the inspiration for Ridemakerz (and Build-A-Bear Workshop is actually an investor in Ridemakerz.) Basically, you go to the store and design your own toy car. I’m using the word loosely there, because depending on what you do, it may end up being a big-boy gadget instead of just a toy. 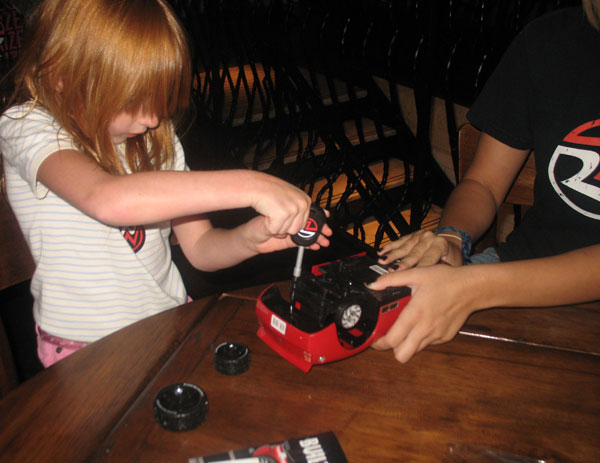 We participated in a mock assembly at the pre-BlogHer event but have only walked through the actual store. Although you can create a car online, it’s really not the same experience as fidgeting with it in front of you. You can walk through the whole process online to see the various steps.
Chooze: Select from several body styles followed by Street or Monster chassis.
Sonicize: Pick what types of sounds your car will emit.
Motorize: Decide to have it free wheel or radio controlled.
Mobilize: Choose the wheels and tires!
Customize: Add the frills. Hood scoopz, decalz, ground effectz, accessories and more.
Personalize: Create a personalize license plate.

You can even create a certificate of title for your new vehicle. 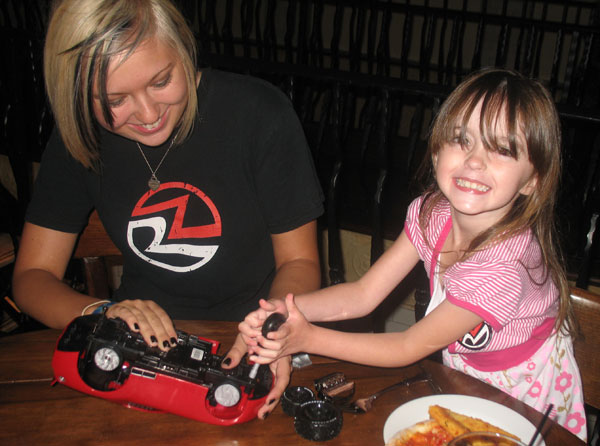 It’s a cool concept and you can go as simple or diverse as you like. In my opinion, it’s a great bonding experience for dads and kids. It’s also a great destination for youth groups and clubs or even for organizations such as car clubs (yes, adults can play too). They offer bashes, as well, with varying pricing packages. Both my girls really enjoyed putting the car together so I can’t imagine what a boy would think!

Here are a few of the pitfalls with Ridemakerz: There are only a handful of locations – not nearly as plentiful as Build-A-Bear. Mainly because it’s very time intensive. It isn’t a place that you can just pop into during a regular trip to the mall. It needs to be a planned trip – as in you go to the mall to enjoy the Ridemakerz experience (and maybe hang out at the mall a little before/after). The other problem is that the price can easily creep up on you. Each time you add features, you add to the price. Just like in real life, if you want your car tricked out with every gadget, it’s going to cost you. 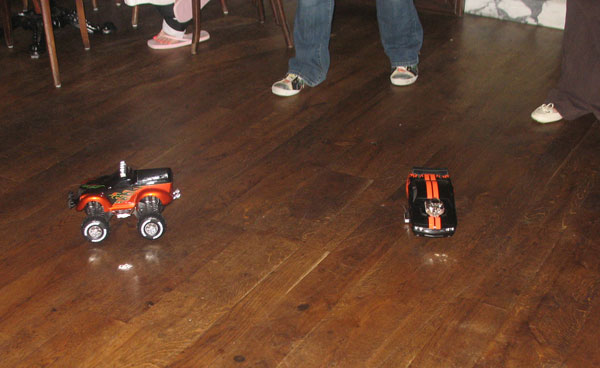 Just like many mothers and daughters enjoy that special trip to American Girl, fathers and sons (or even daughters!) should look at some bonding time at Ridemakerz. So with Christmas approaching, consider putting together outing plans to the Ridemakerz nearest you. It’s bonding that you can’t put a price on.