Back before we had kids, DH did a lot of traveling for work. He attended and worked quite a few trade shows each year in various cities across the country.  Whenever I could get away from my job, I would hop on a plane and we would make a weekend vacation of it.

We spent a lot of time on airplanes. Have you ever flown on a plane when someone with strong perfume or someone with body odor boards? If not, consider yourself lucky.  If you have, then you totally understand what I mean when I say that smells (of all kinds) consume the entire plane.  That was me once. I boarded the plane with my own aroma but I didn’t realize it would garner such a response. As I situated myself in my seat, someone quite loudly commented on the smell that I had just unleashed upon the entire cabin. “Where did that girl with the Cinnabon go?!” 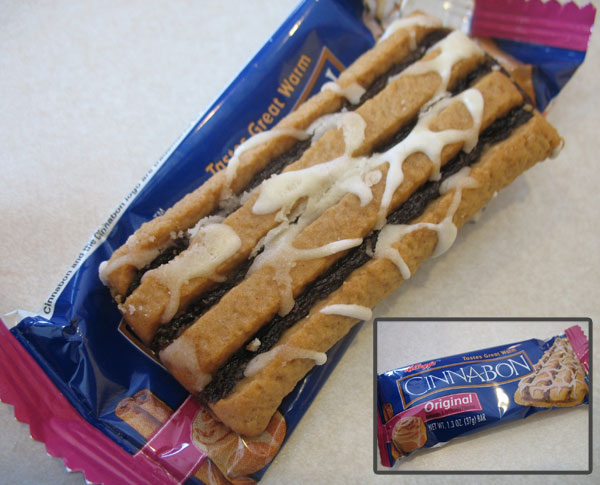 While I thought they would be delighted to have this deliciously sweet Cinnabon smell to enjoy, I was wrong. They were probably kicking themselves for not picking one up at the Cinnabon that was conveniently located on our concourse.

Did I feel guilty?  Not one bit.  I savored Every… Single… Bite. And I still think of that whenever I see a Cinnabon store.

Now I get to enjoy that thought even more often. Like every time I go down the breakfast aisle at the grocery store. As I see the Kellogg’s Cinnabon bars sitting on the shelf, I smile and reminisce about that plane trip.

So when my Kellogg’s representative asked if I would be interested in trying out the new Kellogg’s Cinnabon bars, I couldn’t type my response fast enough. Giggling about my airline experience the entire time.A package of Kellogg’s Cinnabon bars, original flavor, was shipped to us to try.  I’ll be honest and say that while they are delicious, they aren’t exactly like a genuine Cinnabon cinnamon roll.  The bars are tasty and sweet but because they need to hold the shape of a bar, they are crumblier like the crust of a pie and less like dough.  If Cinnabon made (or makes) a crumb-cake version of their classic cinnamon rolls, I would say this would be a dead ringer.  Are they worth eating?  Yeah.  As someone who grabs a granola bar when I’m on the go, these are a nice alternative. 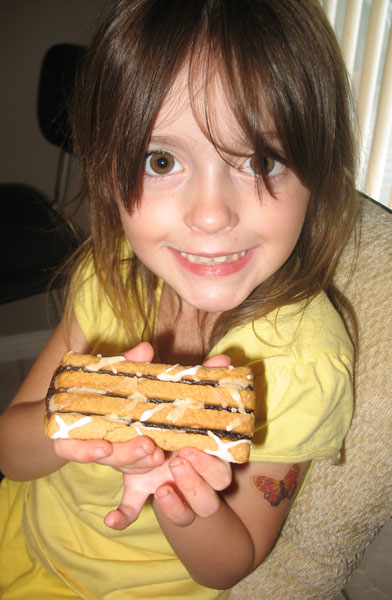 The package advertises “Tastes Great Warm” and to that I’ll say “If I want a warm breakfast bar, I’ll buy Pop-Tarts.”  The problem is that these can only be heated in the microwave on a micro-safe plate.  As I said, I often eat them on the run and stopping to warm them up defeats the purpose.  Even if they tasted great warm, I wouldn’t let that be a selling point for me.  They need to taste great cold.  Since right out of the package is how I usually eat granola/breakfast bars, I’ll stick with that.

And what did the troops think about them? Miss M doesn’t have a sweet tooth so she didn’t even try one. DH thought they were good and he doesn’t even eat breakfast bars. Miss K and I both loved them. She said “Mom, isn’t that the yummiest thing you’ve ever had?”  The sincerity of a 5 year old is priceless.

Think they sound good? At the time of posting, a coupon for $1 off Kellogg’s Cinnabon bars was available at Coupons.com. Pick up a package and try them for yourself!  They also come in a Caramel variety but I haven’t tried those.