Home / Giveaway / I Went and Tainted my Ears

I Went and Tainted my Ears

I have to ‘fess up and say that I’ve never been a fan of country music.  Although I seriously enjoyed seeing the Nitty Gritty Dirt Band with my uncle when I was in high school, country music stations have never earned a preset spot on my radio.  When I hopped in my parents car a few years ago and found it tuned to country instead of the previous AM talk radio, I thought I needed to send them to rehab.A few times each year, I would get my fill of country music during our multi-hour drive to see my MIL… there are areas in Kentucky and Tennessee where there is nothing but country music.  So we would search the radio dial for the channel with the most hick versions of country music just so we can make fun of it.  If the lyrics don’t reference losing a truck, a dog or a woman then it really isn’t country, right?

Well sometimes people make mistakes.  This is my time to suck it up and just admit it.  When Shania hit the scene with her pop-crossover hits, I actually bought one of her CDs.  But over the past few years, I would be listening to the radio and enjoying a song only to cringe when I hear “That last hit was from ‘country music superstar blah blah blah.”

It started happening more and more where the line between pop and country music was starting to blur. There were several songs that I enjoy that are the product of country music.  Then a few weeks one of my public relations contacts asked if I wanted to check out the latest Martina McBride greatest hits release “Playlist”.  My PR rep offered two or three to give away to my readers.  Bribery, I tell you!

So I sucked it up and said “Sure. I’ll do it for my readers.”  But there’s nothing that says I have to like it.  In the spirit of the event, I decided to just go ahead and taint my ears.

Stupid country music that sounds like pop.  Makes me have to admit that I kind of like it. 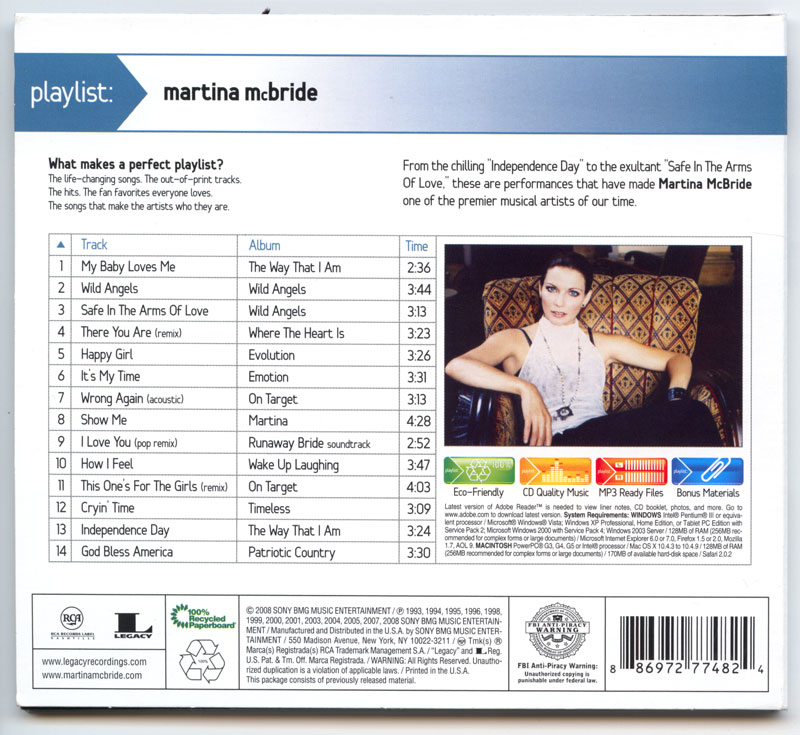 Now, to be honest and fair – some of it was a bit too country for me.  But some of it is very catchy.  Like Track #11 “This One’s For the Girls” is a remix from the On Target album.  Track 9 “I Love You” is a pop remix from the Runaway Bride soundtrack.  Then there’s #14 – “God Bless America” from the Patriotic Country album… which isn’t pop, but it is God Bless America so who cares.

Here’s your chance to grab some country music for yourself.  First, click the Soundcheck banner to download “I love you” for free from Walmart.  Just enter code “Suave”.

When you’re done with that, if you would like a chance to receive Playlist: Martina McBride, just enter my giveaway!  Oohh, the things I’m willing to do for my readers. 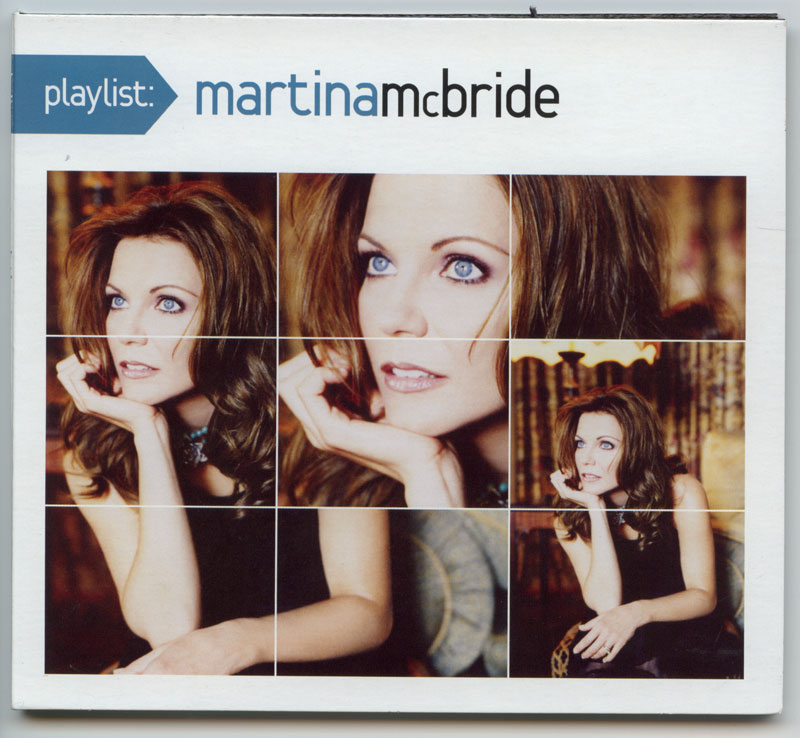 Sometime on February 16, 2009, a winner will be chosen at random (using random.org) from all comments left.

32 comments on «I Went and Tainted my Ears»