About two years ago, I went through a “Risk” phase.  I played Risk-style games online against players from all over the world.  The site that I frequented utilized several different maps, not just the standard world map like the traditional game.  For example, there are maps of Europe, ancient Greece, Australia, Philippines, the Mongol Empire, Africa and much more.  By playing, I learned names of current countries and what they were next to as well as historical references.  By engaging geography in a fun way, I was able to absorb far more than any textbook could ever teach me.  (History certainly wasn’t my strong subject in school.) 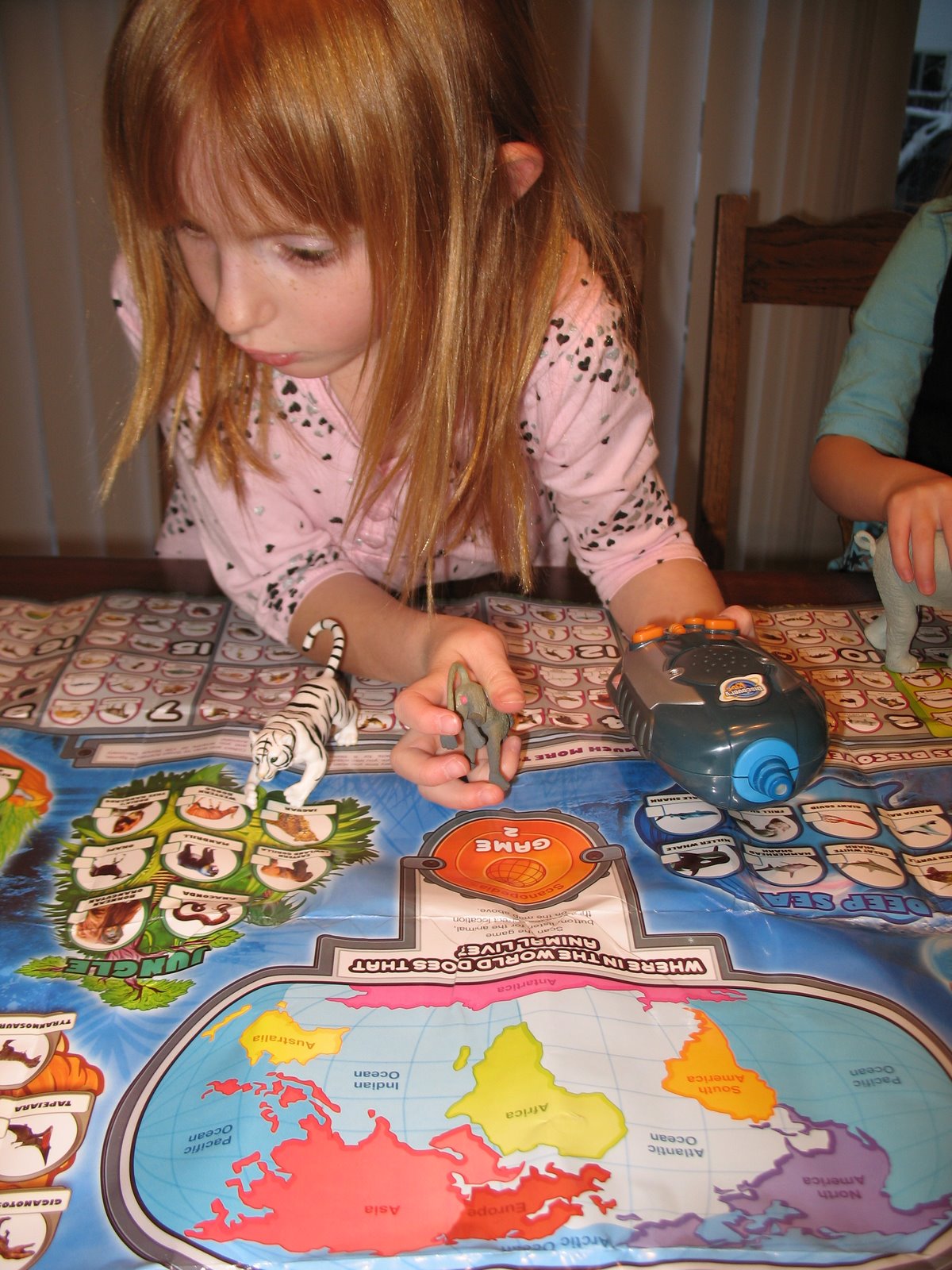 The same holds true about kids’ toys. If the toy is fun, then they are obviously more likely to play with it.  If educational toys meet this criteria, kids will seek them out and parents will be delighted with the results.  Take, for example, Discovery Kids Smart Animals and the Smart Animals Scanopedia.  Thanks to Jakks Pacific, we tested this new-era toy out early last month.  (Busy December meant this blog post sat handwritten in a notebook untyped for longer than I care to admit.)

Aside from being a fun toy for normal imaginative play, each animal is interactive.  Using the Scanopedia, you unlock facts, sounds and trivia about each particular animal.  Things like where they can be found (geographically as well as terrain), their size/weight and whether they are predator or prey.  Each animal has it’s own detail set that, once unlocked, can be activated from the animal, the interactive map that comes with the Scanopedia or by manually scrolling through the scanner.  I don’t recommend option three unless you randomly want to hear facts about animals in general. – If you are searching for a particular animal then it is easiest to just scan it on the map to hear. 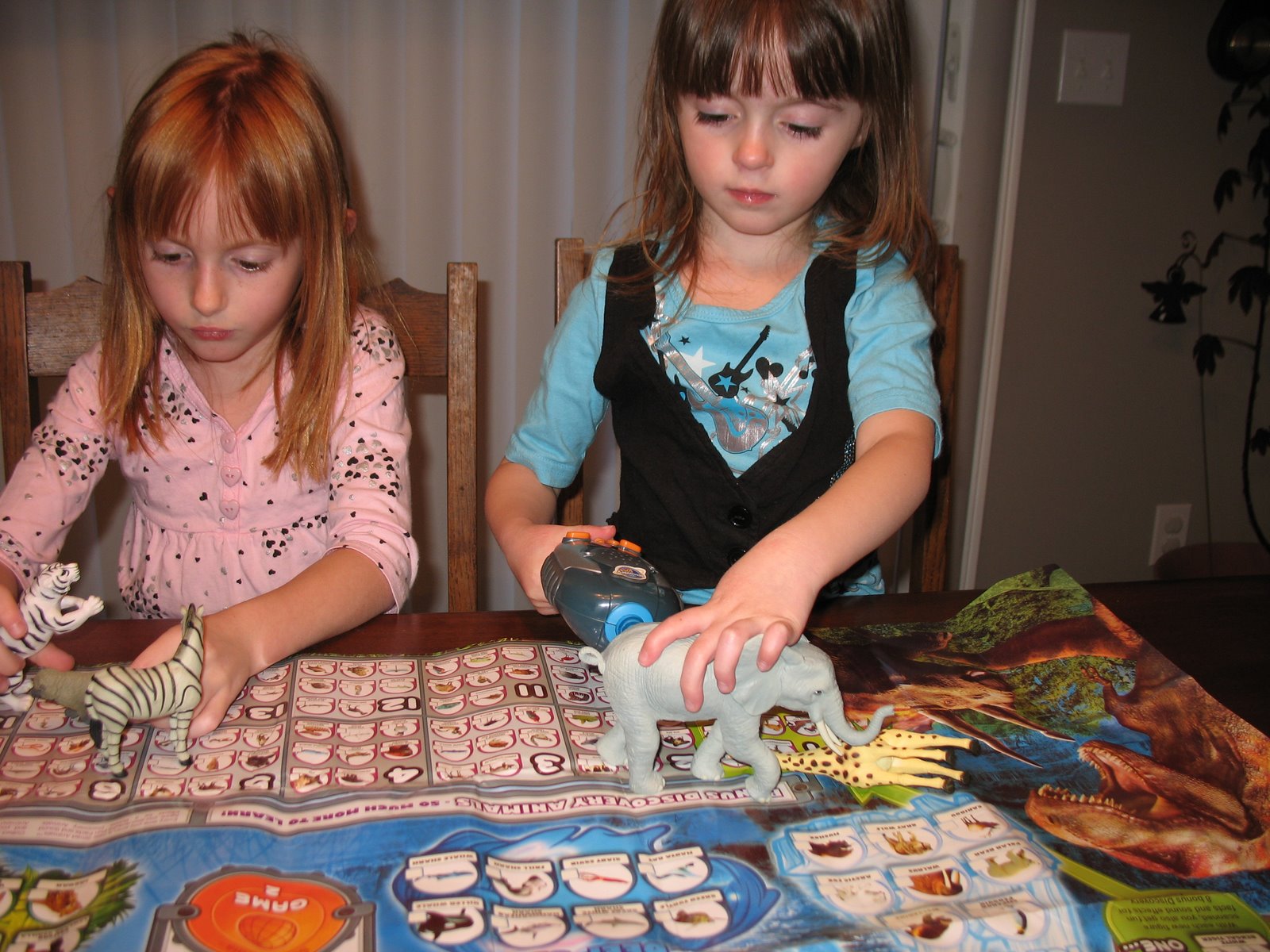 Miss M (almost 6) and Miss K (4) may be too young to understand concepts such as predator/prey, but older kids could easily play the interactive True/False trivia game that is built into the scanner.  My girls enjoyed randomly scanning the interactive map to hear about different animals.  Older kids would be more likely to gravitate to the three games that are part of the map.  After Miss M and Miss K were done playing with the map and scanner, they took the DK Smart Animals off to meet their Madagascar Happy Meal friends.  I stayed behind to tinker with the scanner.  I would pick an animal on the map, scan it and listen to the facts – even cocking my head a few times to say “I didn’t realize that animal was considered a predator!”  My only complaint with this product is that there isn’t an on/off switch (at least I couldn’t find one).  Whenever we would put it in the cabinet, if one of the buttons got bumped, it would turn back on.  Not a battery friendly device. 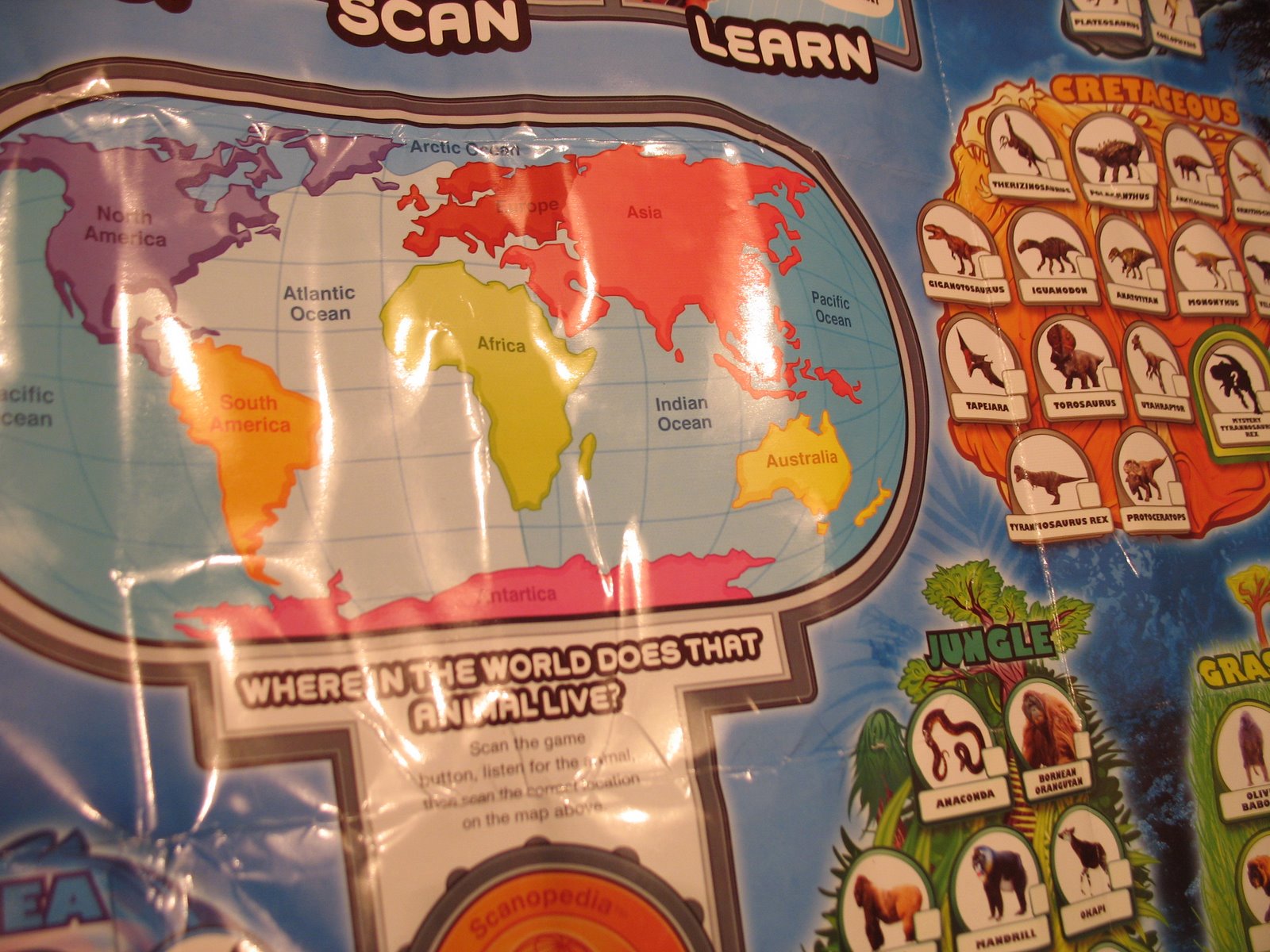 This toy is a great option for families with varying ages because there are different opportunities to suit each of them.  If your kids enjoy learning about animals by watching shows like Go Diego Go, Animal Atlas or Wild Kingdom then this toy would be a great tool to compliment the TV show.  Discovery Kids also has Smart Animals Green Scenes Playsets for use with the animals, as well as other education-in-disguise products for kids of all ages!

1 thought on “Where the Worlds of Diego and Risk Collide”