Home / Recreation / Toys / Have a Gun and Not Afraid to Use It. 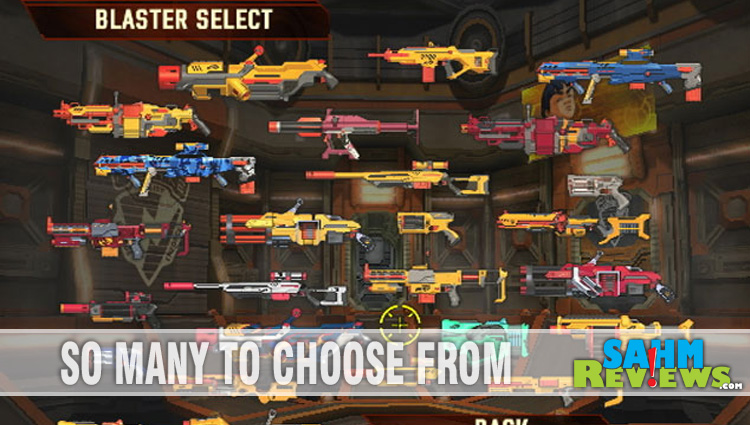 Have a Gun and Not Afraid to Use It.

Back in 1993 while I was working at our family business, a fancy new game came out where FOUR people could play simultaneously inside the same game on a networked system.  It was a new concept in gaming – the first time players could interact in the same game.  That game was Doom.Every evening after work, we would stick around the office, lock up and “Doom-On.”  The typical roundup of players included me, DH, both my brothers and a friend from a neighboring business.  We would race to lay claim to one of the four computers that we had set up for this and we would play until we were all tired.

I have to say that the best part was being able to sneak around a corner and frag one of my brothers… usually while they were working on the mission.  I wasn’t the best at the game, but one good hit on one of my brothers made the night worthwhile.  Anyone that says that I sound a bit sadistic obviously doesn’t have siblings.

When I had a chance to try out EA’s Nerf N-Strike for the Wii, it brought back some awesome 15 year old memories.  The Nerf N-Strike game comes with a Nerf gun that fires regular Nerf ammunition in the real world.  Pull out the firing mechanism and replace it with a Wii remote and you’re reading to fire virtual Nerf ammunition inside the Wii game. 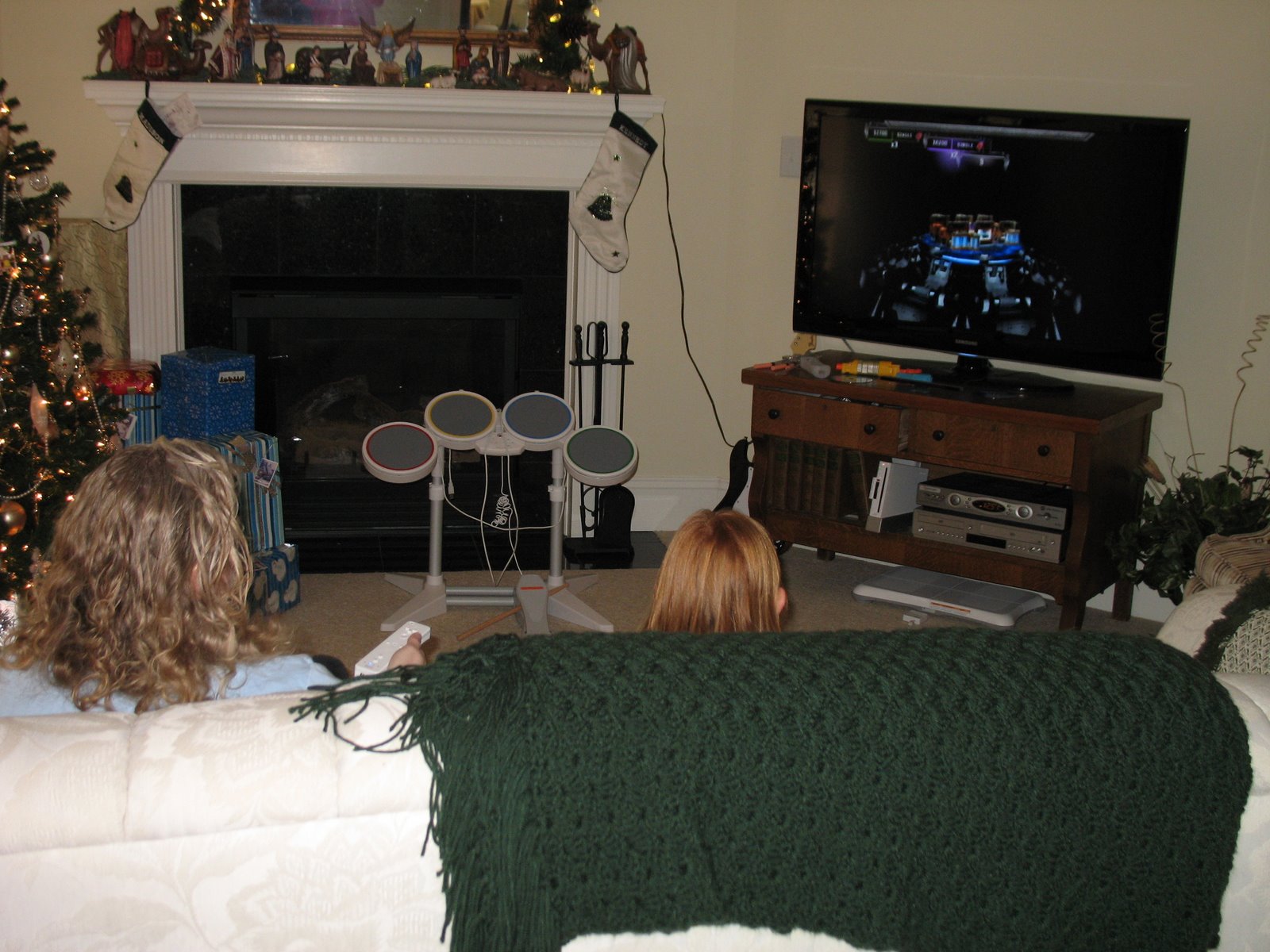 Before I go any further, I want to direct this to parents who have concerns for shoot ’em up type games.  While Nerf N-Strike is a first person shooter game, it isn’t blood and guts.  The guns displayed onscreen look like the same Nerf guns that you can buy in the store.  And the ammunition that flies across the screen looks exactly like the puffy Nerf darts and bullets that go with those guns.  It is a totally kid-friendly first-person shooter game.

In the single player mission mode, the character ventures through a factory and shoots the assigned targets.  Sometimes that means everything in your path, other times only certain targets.  It was very reminiscent of Doom except that you don’t have the choice of which direction to go.  You stay in a designated area until it moves you forward into the next chamber or hallway.  Although it may sound boring to not be able to make the directional choices, I found it to be very helpful in concentrating on just the task at hand.  For a young player, stopping to decide which way to go next may mean the difference in whether or not they survive that round. 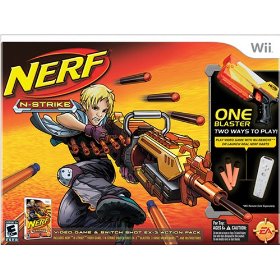 With the multi-player feature, up to 4 players can participate.  Don’t feel like springing for extra Nerf N-Strike Wii Blasters?  That’s fine.  The game is operable with a regular Wii remote utilizing the ‘B’ button as the trigger.  But honestly, holding the gun is half the fun.  In multi-player mode, you can customize up to 10 rounds selecting from head-to-head to alternating turn categories.  The difficulty of the games varies, as well.  When playing against Miss M (age 5), she did awesome on the precision games but not so well on the fast paced games.  She beat me at the Blockade mode that had similarities to Boom Blox, a game she has played before.  When I beat her in the Onslaught mode, she said “Oh, you beat me again. But I like it anyway.”  I leaned down and kissed her on the head, told her how great she did then said “I like it too.  It’s fun.”  Honest.  I wasn’t just saying it to make her feel better.  If we didn’t have three thousand things to do over the holidays, I think we would still be playing it.

Although the ESRB rating is E 10+, I didn’t see any harm in letting either of my pre-6 year old kids play with it.  It’s fun for the whole family and a great game to diversify your Wii collection.

Thanks to EA (Electronic Arts) for reminding me how much fun it is to take cheap cyber-shots at loved ones…  And for creating a game that is fun even against young children.

2 comments on «Have a Gun and Not Afraid to Use It.»