I don’t recall when it was, but back in my younger days, I used to bet people $5 that they couldn’t find the states on the back of a $5 bill.  I even gave them a chance to look it over before accepting the bet.  More often than not, they would flip it over find the word “States” as in “United States of America” and say “It’s a trick.  You’re just going to point at that.”  Before I go any further, I want to explain that no money ever exchanged hands so technically it wasn’t a bet.  It was more just an opportunity to show off something that lots of people didn’t know.Smiling, I would say “No, that’s not it. It’s not a trick.  Keep looking. Iowa is even on there.”  They would continue their search and sometimes say “There it is! I didn’t know that was on there.”  It was more likely that they would just throw in the towel and ask. 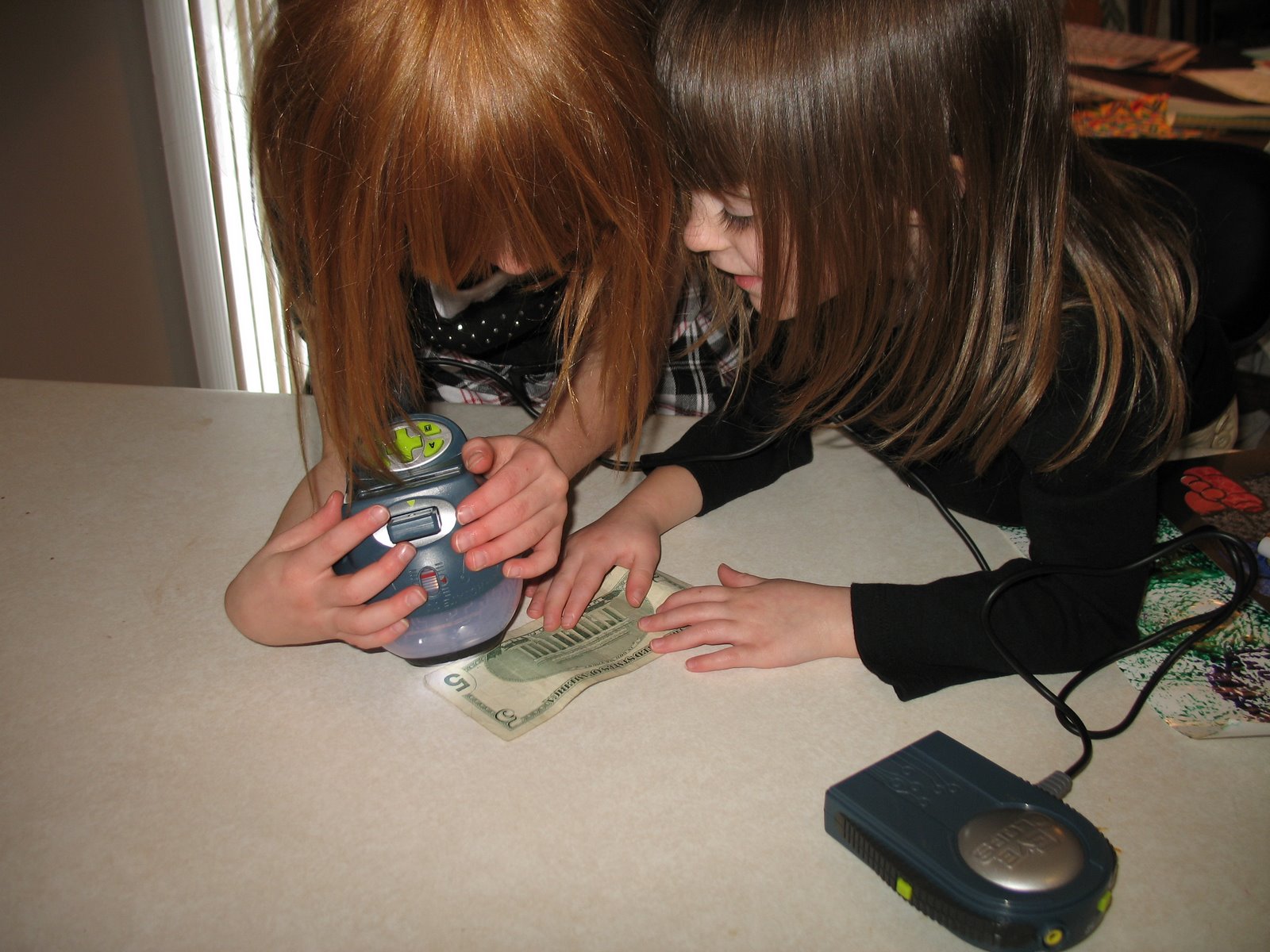 All these years later, I decided to teach the same lesson to Miss M and Miss K.  As a way to introduce them to our new EyeClops BioniCam, I helped get it into focus at 100x magnification and they set out to find “Iowa” on the back of the $5 bill. 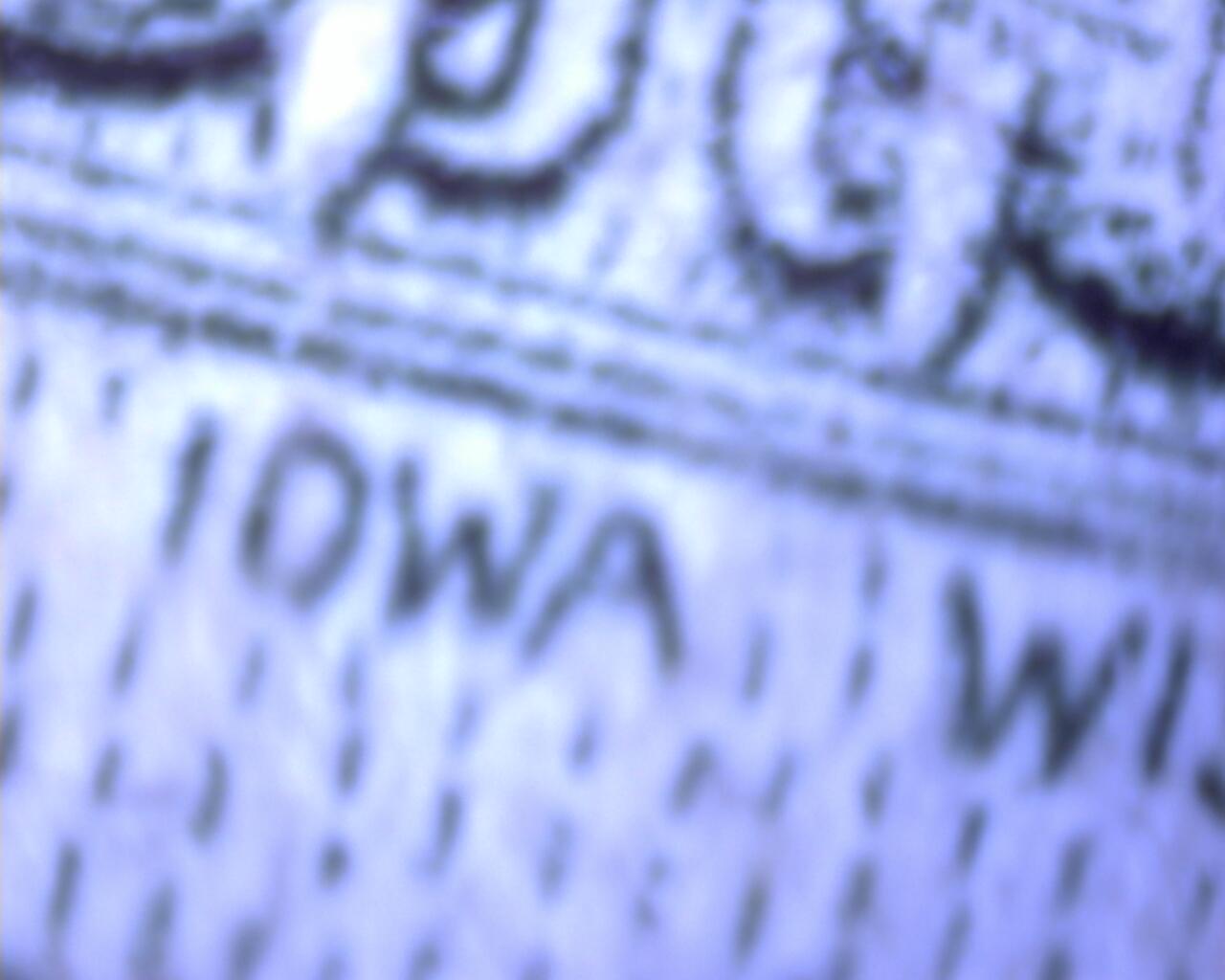 Starting at the viewfinder screen, they were excited and amazed at the detail.  After a few minutes of hunting, they found it.  There it was.  Iowa.  They moved the BioniCam out of the way to try to find it with the naked eye.  I pointed to it and Miss M yelled “That’s a small word!”  DH started singing “It’s a small word, after all. It’s a small word, after all.”  After relocating it under magnification, we hit BioniCam’s capture button to store a picture of what we had found then went back to work.They scrolled around and found other states – California, Wisconsin, New York… Miss M proudly called out any state that she recognized and asked for help on the ones she didn’t. 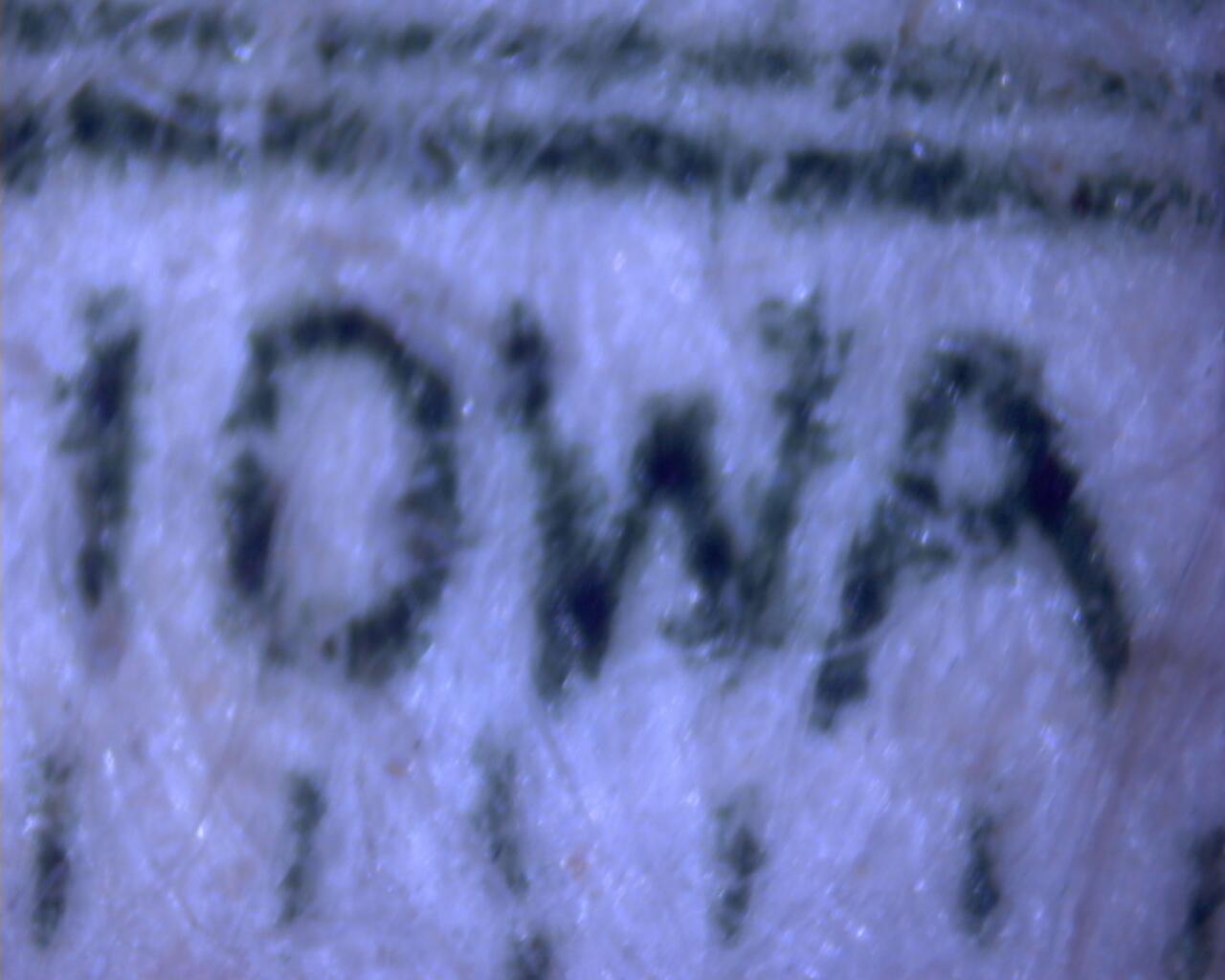 Then I upped the zoom (I think to 400x) and refocused it and we found Iowa again and snapped another photo.

As cool as the cash was, the kids were tired of looking at it and wanted to explore the rest of the house.

Miss K decided to check out the monsters that belonged to her dad when he was young. Magnified, the soft plastic toy looks like this: 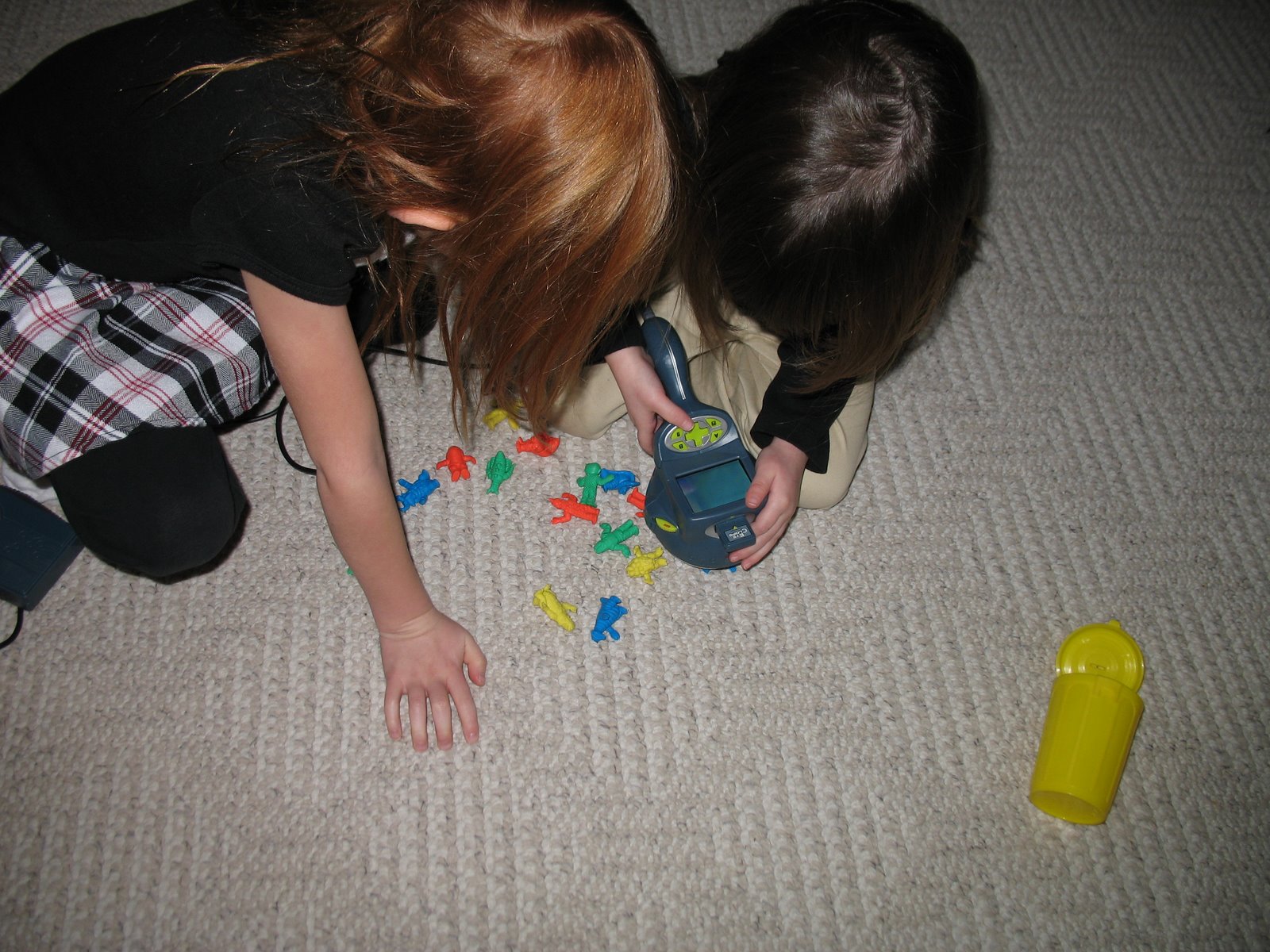 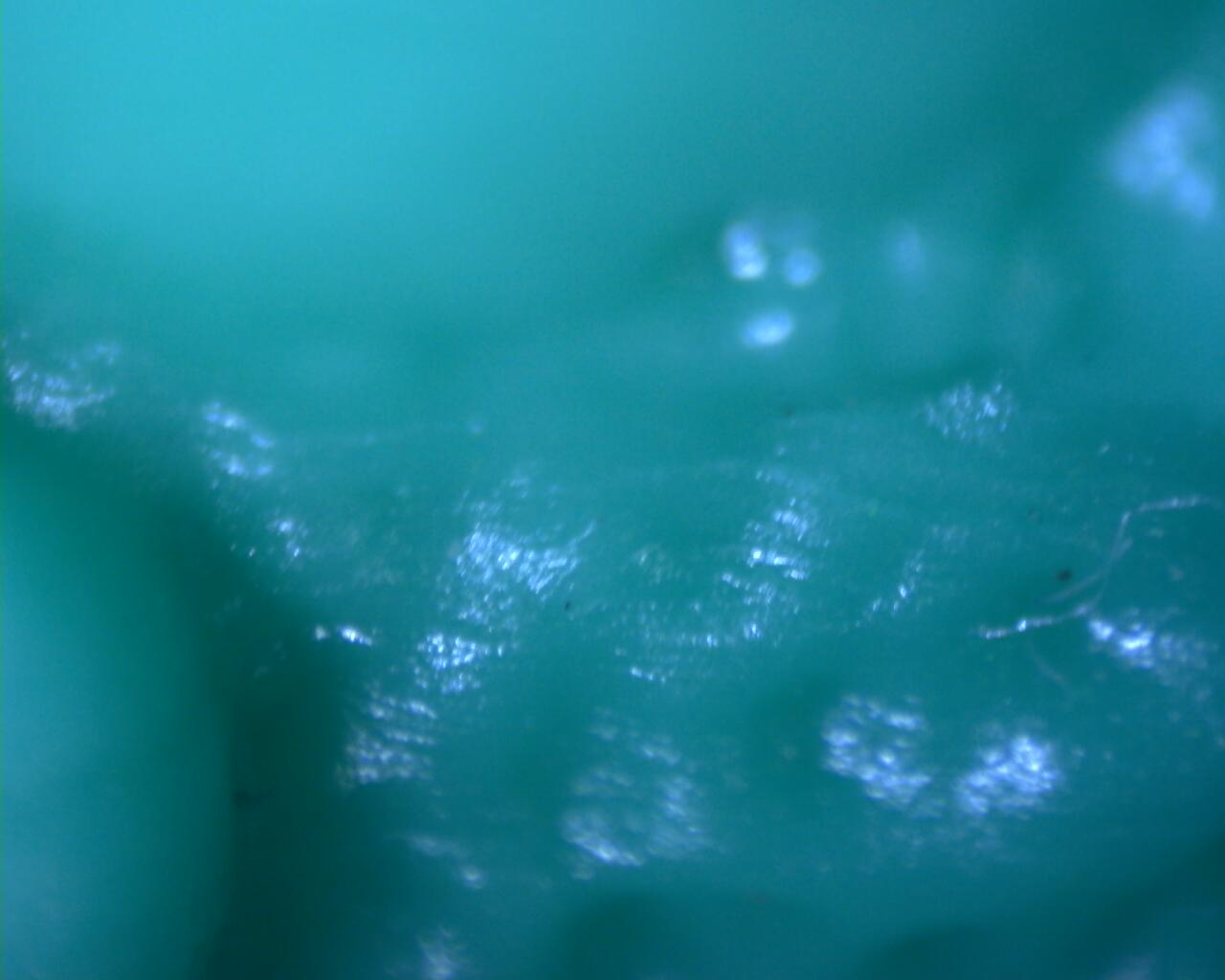 They were so excited, they were getting ahead of themselves.  Whenever they would take a photograph they would immediately hold it up to show the other.  Unfortunately, it was usually before the BioniCam had actually captured the picture.  Thank goodness the BioniCam has a delete feature to get rid of the garbage on the fly. 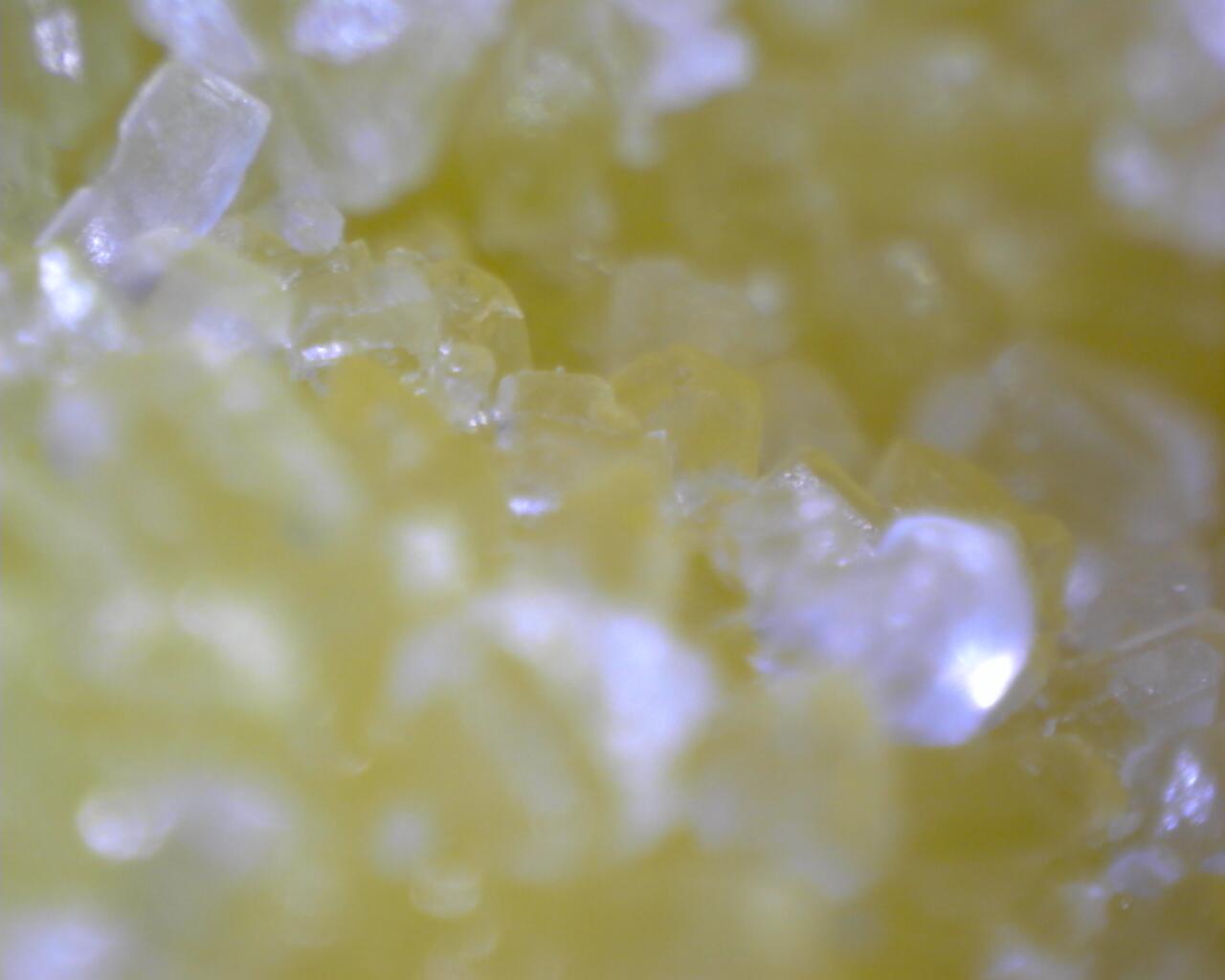 We had recently purchased some gummy worms and Miss M was amazed what they looked like up close.  And I was too… It looked like rock candy!We spent quite a bit of time checking out anything from the carpet to clothes to stuffed pets, even black pepper.  Don’t tell, but when the kids went to bed, DH and I walked around magnifying stuff.  It’s a fun toy!

I brought it to Miss M’s school the other day for her teacher and explained that they are welcome to borrow it if they could work it into the curriculum.  He showed it to them that afternoon. The next day, he said the kids were already asking for it again.The EyeClops BioniCam actually has video capabilities also but we were enjoying just snapping regular digital pictures of it.  When the kids (Miss M, Miss K, DH) were done fiddling with it, I pulled out the USB Drive and popped it into my computer to easily download the pictures.

For reference, this isn’t something we had purchased.  Jakks Pacific sent this for DH to try out because I had been joking with my Jakks representative about how DH thought it was cool.  She was smart to ship it to us because we absolutely love it and can see a lot of educational benefit to a ‘toy’ like this.

A few noteworthy issues that I want to point out though.  There are different versions of this product so make sure you get the one with the USB drive.  If you do buy the one with the USB drive, don’t miss pulling it from the package.  It’s not inside the rest of the clam shell packaging but rather attached direct to the cardboard box with it’s own little viewing window on the front of the box.  (I almost threw ours out!)  Finally, if you do upload the pictures and plan to keep them you should rename them as to what they are. When something is magnified, it’s difficult to recall what was this or that and when you upload another batch, the numbering starts at PIC001.jpg again.

Overall, this is an awesome toy that can be used for fun or for educational purposes.  If anyone is interested in purchasing one, I’m absolutely shocked to see it on sale today at Amazon!  It’s normally $79.99 but today it’s under $27!