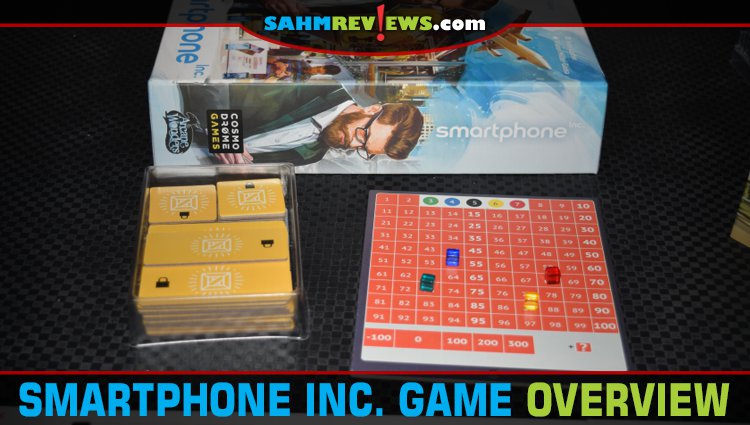 I’ve had multiple conversations with people over the past several years discussing the two major board game clienteles. When I say that, I’m referring to the distinction between “hobby” and “mass” gamers. Mass gamers are those who typically purchase games found at mass market retailers such as Walmart. Hobby aligns more with those who seek out local game stores and Kickstarter campaigns. I’ve gleefully watched as the line between these two has gently begun to fade. Stores like Walmart are stocking more hobby games while both Target and Barnes and Noble have amplified their already deep selection. One blessing of the pandemic is that more people started seeking out their local game stores who were offering opportunities to try new games with their “safe” circles of family and friends. What has helped close the gap between these two groups? Perhaps random invitations to game meet-ups or seeing games on social media. Other times, it’s discovering a game that’s themed to people’s interests such as games about cats, coffee games, Marvel-themed games or games for art-lovers. Smartphone Inc from Arcane Wonders is one that can draw people in, simply because it’s about a subject that most of us couldn’t go a day without using: Smartphones.

While it may look intimidating from the start, as we’ve said on many occasions, “Don’t judge a game until you’ve tried it.” The setup for Smartphone Inc changes depending on whether there’s one player (Yes! There’s a solo mode!) or the full complement of five, but most of it is the same. Each player takes a tray along with markers, improvement tile and a screen of their designated color. They will also receive two double-sized pads, one with a black symbol and the other a white. The board and scoring track are placed in the center of the table, placing a goods marker on the scoring track and an office marker on their color’s designated home office. Patents and Technologies are added to their designated slots while goods and improvement tiles are set alongside the board.

Your goal is to build the best smartphone company in the world which is done over five rounds of eight phases each. You’ll start with the planning phase and work your way through setting prices, production, improvements, research, logistics and selling. The planning stage involves utilizing the two pads to determine what your staff plans to focus on for the round. Depending on how you overlap them, you’ll cover up and/or expose the different actions available to you for the course of the entire round.

The dollar sign symbol adjusts the price you plan to charge for your product. Reducing your fee may not net you as much money in sales, but the turn order for subsequent rounds is determined from cheapest to most expensive. Crates indicate how many units your company produces for the round. Cubes representing available product are placed into your tray to use during phase seven.

The maximum you can sell is how many you manufacture, but you’ll need to have broadened your sales area through logistics. Those are the blue icons on the pads. Count the number of icons revealed then divide those among the regions connected to your home office or expanded territories. Once you’ve placed enough to claim an area, you’ll add an office marker to the permanent spaces. You’ll be able to sell your product in those regions for the rest of the game. Sort of.

Phase 4 and 5 involved improving production and researching technology. Production (the yellow icons) is an opportunity to select tiles to give you move options during the planning phase. Technology, on the other hand, indicates how fancy those smartphones are. The lavender-colored spaces on the planning pads are how you research GPS, Wi-Fi, Battery, Gaming ability, 4G and NFC. Each have different requirements in order to be unlocked, but they also offer action bonuses and victory points to the first one to achieve each. While you don’t need to understand what these actually are, you do need to know which ones the customers in your sales regions want.

Starting with the person who sells their goods for the cheapest price, they may sell as many as they can meet the requirements for. If your price is too high for the consumer or you don’t offer the features they want, you cannot sell to them. The final phase of each round involves figuring out your income and tracking it on the scoring board. Start by calculating the earnings based on your sales price per unit sold. Still have some left in the warehouse that you weren’t able to sell? Sorry, but they’re discarded. Additional revenue is earned for the players with majority control of each of the regions. You’ll reset everyone’s pricing to the starting point, but adjust the turn order as mentioned above. A few other things are done to clean up and prepare for the next round, but that’s basically all there is to Smartphone Inc. There are a lot of cubes and tokens and pieces and trays and bits and pieces and… it may look overwhelming. Don’t let it be. Take it one step at a time and as you can see, it isn’t hard!

In addition to the Smartphone Inc base game, there are two other products in the line including the Smartphone Update 1.1 expansion and Mobile Markets. You can find those on Amazon or Arcane Wonders’ website by clicking on the prior links. We also encourage you to check with your local game store because they’re also a great resource for learning to play new games!

How long could you go without your smartphone?