We’ve been spending a lot of time talking to the girls about what life will be like in the next couple of years. While you may be thinking I’m referring to politics or the current health crisis, I’m not. I’m talking about college. Madison is a senior this year with Kennedy just a grade behind. We managed to attend a college fair just over a year ago, but more recent events have all been virtual. The girls apply for various scholarships and research what different universities have to offer. What will be left in the wake is an empty house where Scott and I will have to either find other empty nesters to play games with or plan for a lot of 2-player games. Since few people have the same kind of schedules as us, we know we’ll be leaning more on the latter. As you’ll see in our upcoming guides, we’re finding options including Aqualin from Thames & Kosmos. Not only is it designed for head-to-head play, but it’s also about sea creatures and has a puzzle element to it. 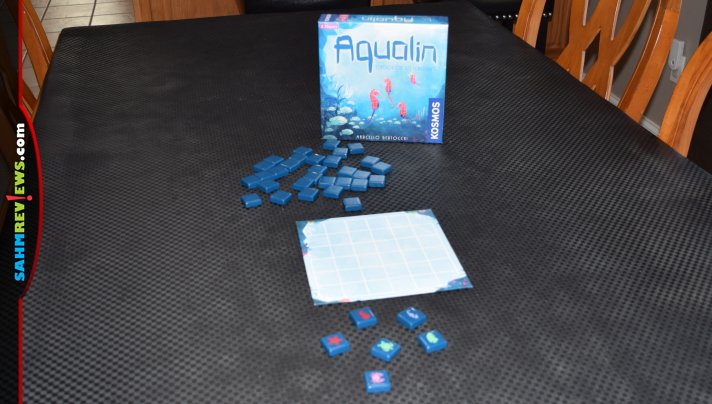 When you open the box, you’ll see that Aqualin doesn’t contain too much. There’s a game board (set it in the center of the table) and an assortment of 36 acrylic sea creature tiles (place face down alongside the board). Mix the tiles up a la Go Fish style. It doesn’t say that in the rule book, but it sure seems fitting. Randomly select six and use them to create a face-up drafting pool on the opposite side of the board.

Throughout the game opponents will take turns moving and placing creatures in attempt to create schools of fish. There are six different types of fish in six different colors. One player will be tasked with arranging creatures by type while the other is working on colors. 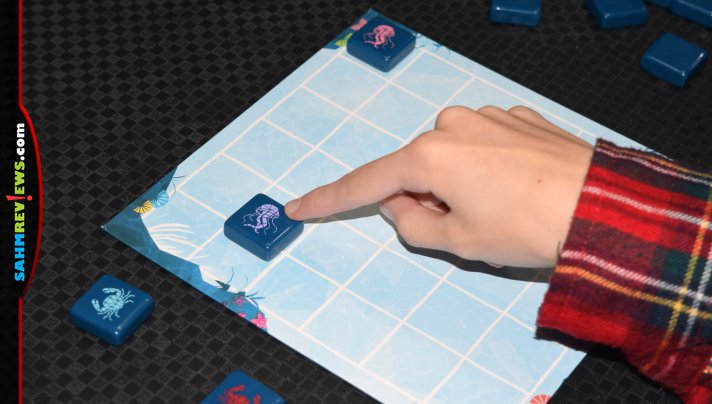 On your turn, move a tile along its row or column until it either reaches the edge of the reef or collides with another sea creature. This is the start of where it becomes a bit of a puzzle. You’ll need to be tactical with moving tiles that were previously placed on the board if you need them for your school.

Once the creature has come to rest in its new location, you’ll select a new tile from the drafting pool and place it on any space on the board. It can be alongside another tile or swimming by itself somewhere. 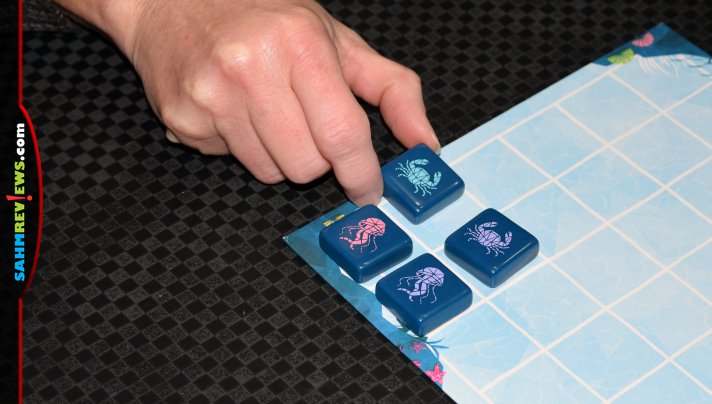 Both players have full control of the entire board so it’s important to make decisions that help you without aiding your opponent. After completing phase two, replenish the drafting pool by selecting a tile from the stockpile and placing it face-up in the drafting pool. 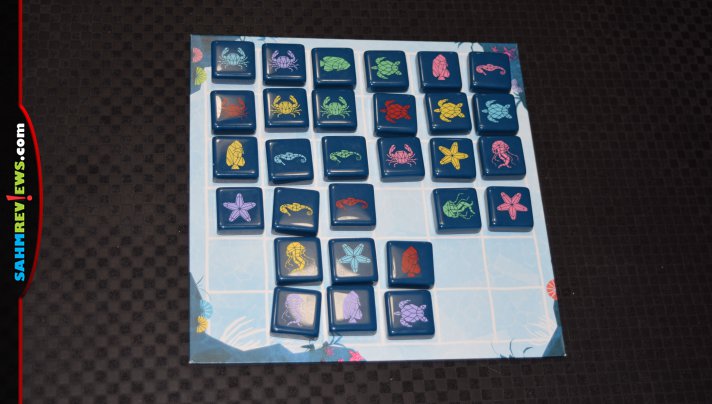 Play passes back and forth between players until the reef is completely full. Then it’s time for the school assessment. A school consists of two or more sea creatures of the same animal type or color that are side by side. You’ll earn points based on the number of tiles in your school, counting each individual school separately in order to determine the winner of Aqualin. 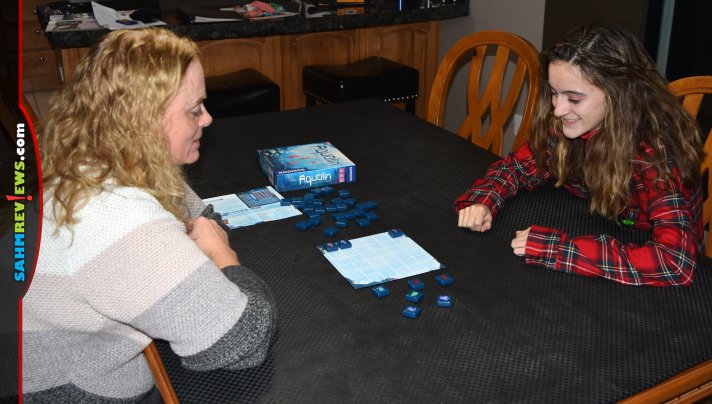 While the look and feel is very similar to Quirkle, the gameplay is not. This quick game can be enjoyed by strategic players, young gamers and everyone in-between. Copies of Aqualin are available direct from Thames & Kosmos, on Amazon with Prime shipping or at game stores. Keep an eye out for this and many other game suggestions in our upcoming holiday gift guides. In the meantime, get schooled on all kinds of Thames & Kosmos activities by joining them on Facebook and Twitter.