Home / Recreation / Games / In or Out Party Game Overview

In or Out Party Game Overview

With a junior and senior in high school, their standardized test results are more important than ever. We enrolled Madison in an ACT Prep course for her first test then realized they get just as much experience by utilizing apps and websites that offer practice tests. We scheduled Madison’s second test to coincide with Kennedy’s first and encouraged them to study together. The results were far better. One of the tricks to performing well is understanding how questions are presented. In many cases, even when you don’t know the right answer, you can improve your odds by eliminating the ones you know are wrong! As I read over the instructions of In or Out from R&R Games, I immediately thought of the ACT tests! It’s not like it’s a difficult trivia game, but it is one where knowing the wrong answer is important! Let me explain. 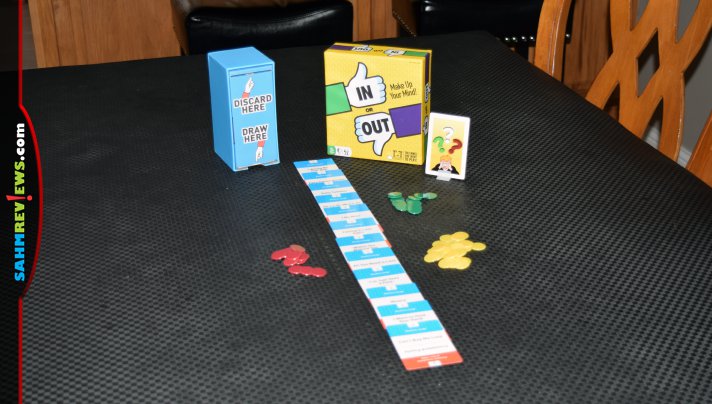 In or Out is a party game designed for two to six people, but you’ll want to make sure everyone has a similar vantage point where they’ll be able to read the cards. With that in mind, arrange the seating first, then place the chips in a general pile with one person acting as the chip dispenser. Choose a starting player and give them the start player card. Take the card shoe box out of the main game box and you’re almost ready! 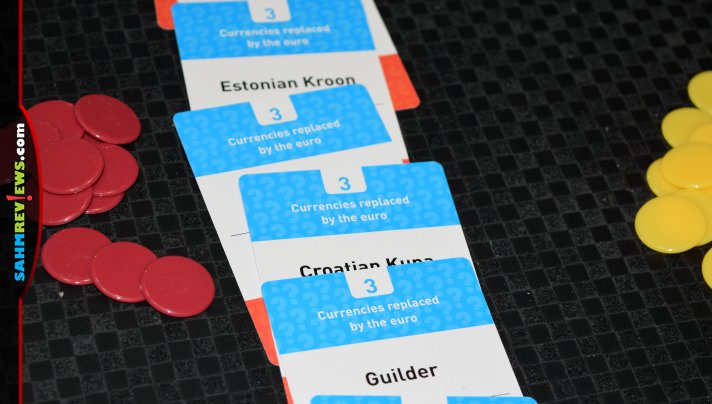 The cards are already arranged in the box and ready to go. The first player takes 12 cards from the bottom and sets them on the table carefully so the back isn’t revealed. It’s key to remove 12 at a time because they’re grouped by category.

Beginning with the first player, you select a card and decide whether it’s “IN” and fits the category or “OUT” and does not. The card is flipped immediately to reveal whether you are right or not. Not only does it tell you whether it meets the In status or not, it also gives you a brief explanation. 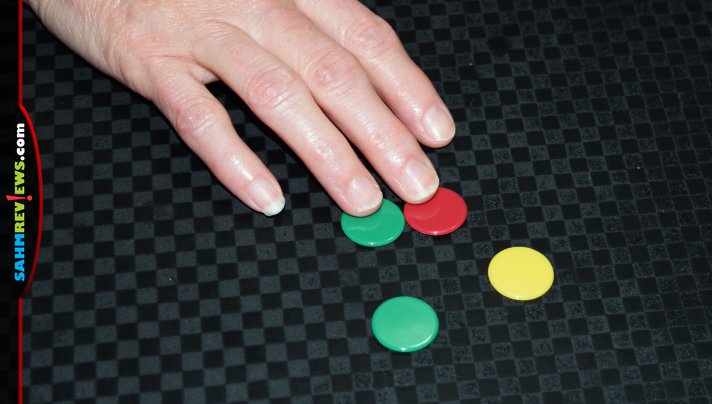 Just like the ACT questions, knowing what doesn’t work is important! If you’re correct, you earn a green token. Incorrect answers earn you a red token. Those cancel each other out so as soon as a player has one of each, they’re returned to the pool. Everyone continues to take turns until a player takes the final card in the category. Now it’s time to score the round. If you only have red tokens, return them to the supply. Players who have green tokens compare how many they have. Whomever has the most exchanges them for one gold chip.

At the end of your turn, return the card to the top of the card tower with the answers facing down and the current category going first. This aligns the deck so the next time that set of cards cycles through, you’ll be using the category on the opposite side of the card. The role of starting player passes to the left of the person who drew the last card and you start again. 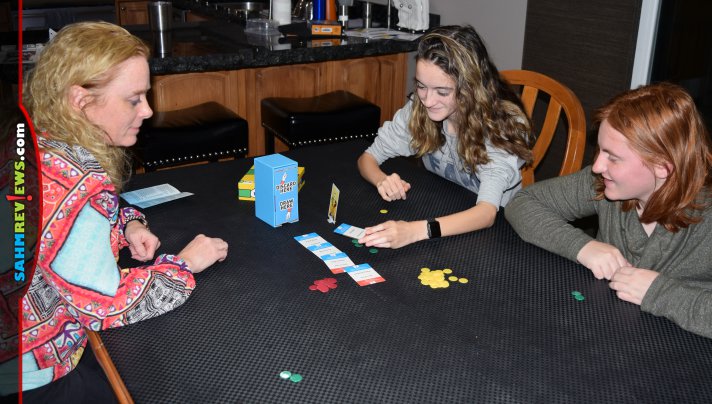 You’ll continue playing until one or more players have collected three gold tokens. In or Out is a quick playing party game with a trivia spin. It’s more about general true/false knowledge than knowing the exact answer. You can purchase a copy of In or Out direct from R&R Games, watch for it and their other titles on Amazon or check with your local game store for availability. If you want to be “in” the loop of what games are coming “out” from R&R Games, follow them on Facebook and Twitter!

What types of tricks have you used for scoring better on tests?