It’s been a long time since I’ve played Cups, the popular college drinking game played with the recognizable red Solo Cups. There are quite a few games that ask you to throw a ball into something across the table. We found Bounce It In by Tupperware almost two years ago and found it “ok”. This week we happened across one which has only been out since 2017. PlingPong by Buffalo Games seems to be the closest thing to the original Cups without the threat of a hangover. 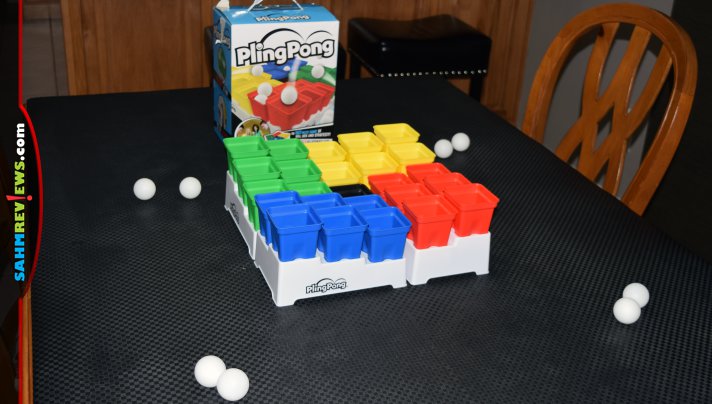 PlingPong is advertised for 2-4 players, but could be enjoyed by eight if played in teams. Inside the box are nine ping pong balls, six cups in each of four player colors, one black cup and a disassembled rack of trays for arranging the cups into different heights. Assemble the trays into a grid layout, interlocking them into each other on the bottom of each tray. Arrange the player cups into individual grid sections and place the black cup into the center. Each player chooses a color and stands behind the corner of their color on the board. (Because of this requirement, PlingPong is best played on a square or round table).

Each person takes two of the balls and takes turns trying to get the ball into a colored cup NOT of their own color. Players must shoot from their corner of the board and the ball must bounce once before landing on the board. After all players have shot both balls, the cups are examined. 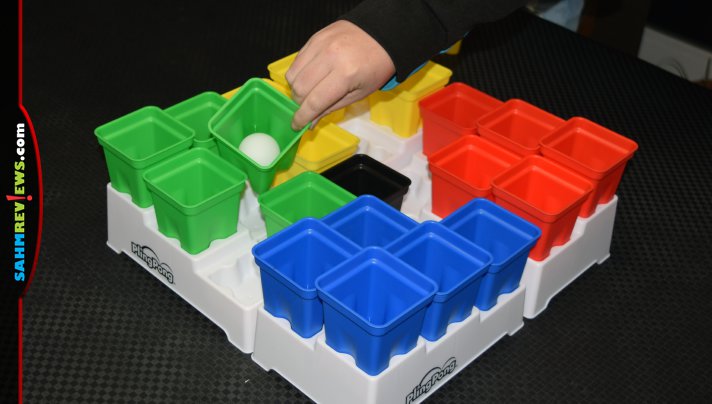 The rules don’t specifically mention it, but in the interest of fairness, we passed the responsibility of first player to the next person in clockwise order for subsequent rounds. When a player has all of their cups eliminated, they do not shoot during the next round, but are technically not out yet as they can win one of their cups back if someone shoots into the black cup. After multiple rounds, the player who is the only one to have cups remaining is the winner of PlingPong! 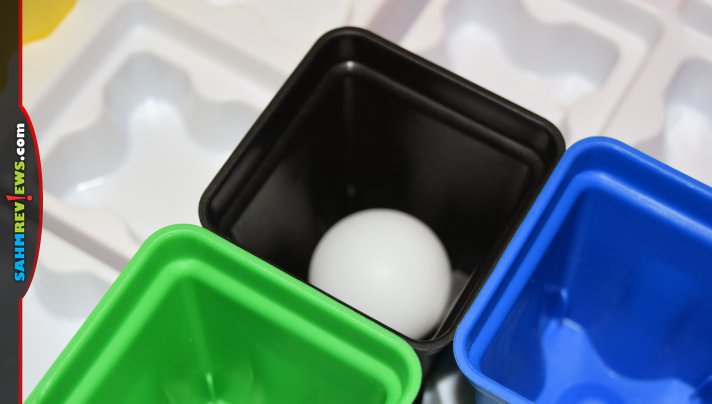 Although recommended for ages 8+, this is easily a game that could be enjoyed by much younger players. You probably won’t find too many copies at thrift. Fortunately this is a game that is still available new on Amazon! If you’re still fan of the original drinking game, you’ll be happy to hear the cups in PlingPong do not have holes in them. There’s no rule that says you can’t pour your favorite liquid into them!

Were you an avid Beer Pong player?