Just yesterday I was commenting about how some games remind us of others. Comparisons are natural and many times the game that was inspired by something previous ends up being the better of the two. Passtally reminded us a lot of Tsuro just because of its use of tiles and pathways. As it turned out, the games were nothing alike. Passtally upgraded their game by including the ability to stack tiles, thus scoring more points, and moving your start and end markers around the edge of the board.

This week we’ve been playing Skulk Hollow by Pencil First Games. This is one company that always impresses us with their attention to detail, amazing artwork and solid game play. They’re probably best known for their outstanding card game, Herbaceous, and the dice-themed follow-up, Herbaceous Sprouts. Their new Skulk Hollow game also reminded us of another title we’ve enjoyed – 2017’s Attack on Titan: The Last Stand. 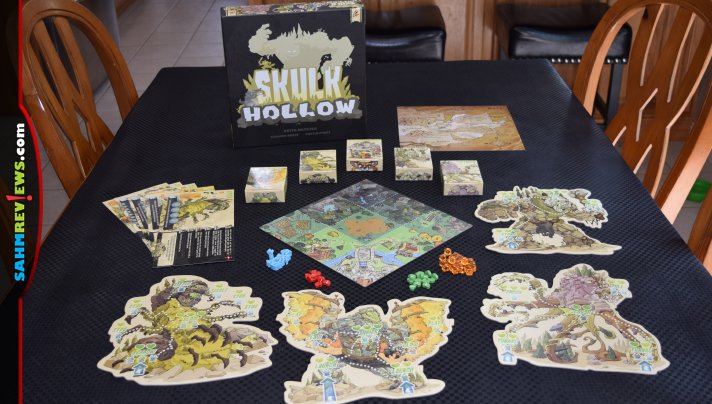 Skulk Hollow is a 2-player battle game where one person takes on the role of the smallfolk and the other is a guardian. The smallfolk band of Foxen are simply protecting their homes and families, while the guardian sees them as invaders into the lands they created. Neither side is a good guy or bad guy. They’re opposite sides of the same coin.

Set up for a game of Skulk Hollow by allowing the player who will control the guardian to choose from four different. Each guardian has different abilities, actions and win conditions. The opposing player, controlling the Foxen, selects their leader. Each receives a player mat matching their choice and a reference card so they may see their opponent’s possible actions. The board map is set between the players, angled in such a way that the Foxen begin in the keep and the guardian by their lair. Power cubes, wound tokens and hero figures are kept close to the board and within reach of both sides. 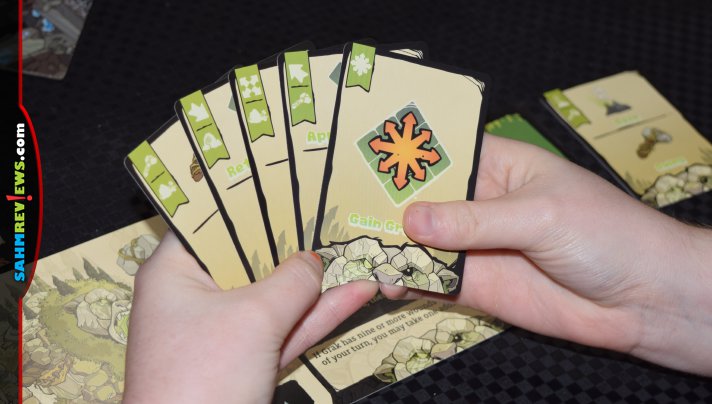 Both the Foxen and the guardian have a custom deck of cards specifically for their character. The guardian shuffles their deck and draws a number of cards equal to the amount shown on their board. The hero player removes the Sentinel card and the one for their chosen leader from the deck and places them in their play area. The rest are also shuffled, and they too, draw a hand equal to the number shown on their player mat.

The object of Skulk Hollow is to eliminate the other player by reducing their health to zero or by accomplishing a secondary win condition. Even though the characters are different, both players have the same turn structure. On the player mat is listed a limit to how many actions may be performed on a turn. With each action, they may choose how it is spent. 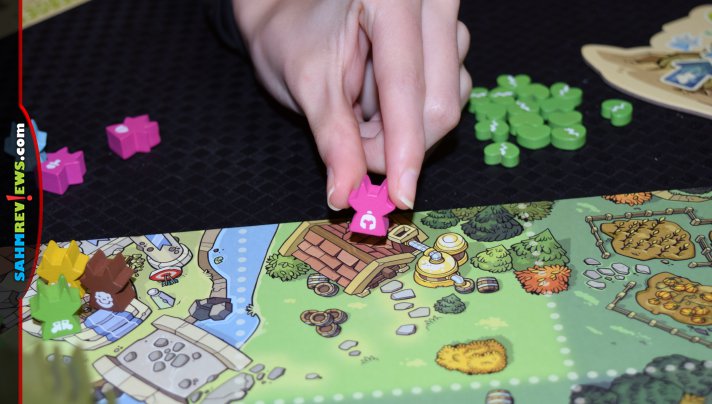 The Foxen player may play a card from their hand as their first option. These will either be new unit cards that are summoned to help in the fight or order cards which give orders to hero units already in play. These will vary from movement, attacking, leaping or gaining power. As another action option, they might choose to discard one card in order to draw two more. If you wish to perform more actions than listed as a limit, a player may elect to spend one or more of their power cubes to take additional actions.

After the hero player has taken all of their actions, any power cubes earned during the turn as a result of playing cards are moved from the pool to individual character cards to be used in a later turn. Any leftover that don’t fit on a card are lost. Lastly, they will draw additional cards until their hand has the same number as listed on their player mat. 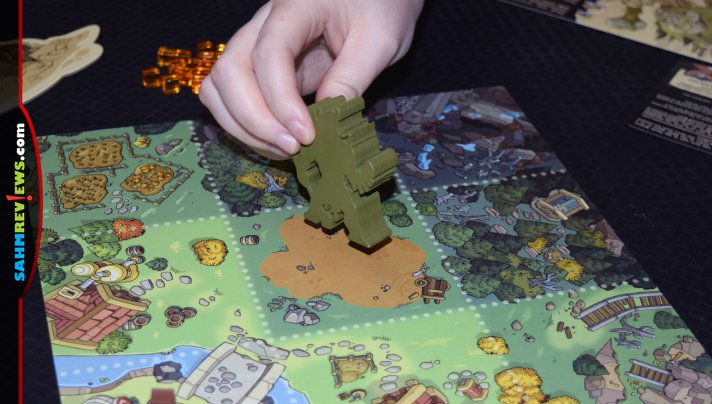 Each guardian is played differently since they have their own set of actions and win conditions. They also have an action limit listed on their player mat along with their unique abilities. On a turn a guardian can move to an adjacent space, gain power (cubes) or employ one of their custom actions. 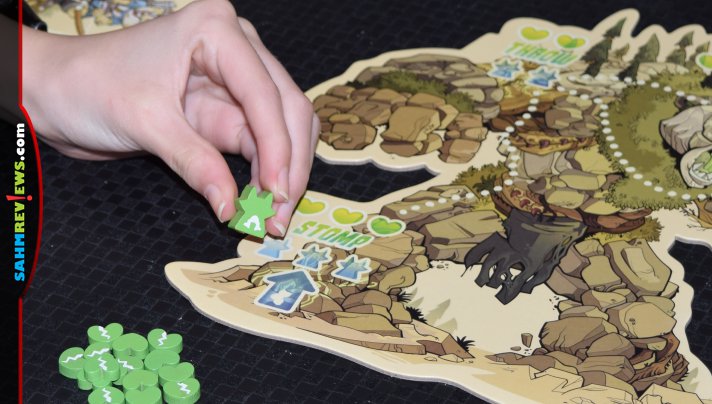 What makes Skulk Hollow remind us of Attack on Titan is the need for the heroes to climb up on the guardians to deal most damage. Using their “leap” ability, they will make their way from the ground onto and up a guardian, trying to do damage to the different areas of the body. Both guardians and heroes take damage in the form of wounds. If a hero has received as many wounds as they can take, they are removed from the game. If the chosen leader is eliminated, the guardian wins instantly. Conversely, if the heroes are able to wound all areas on the guardian, the Foxen succeed! 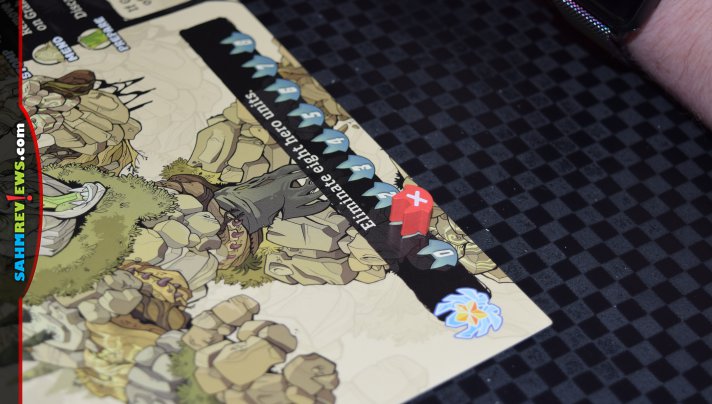 With each hero and guardian having their own special set of abilities, no two games of Skulk Hollow should be the same. You’ll need to take advantage of tactical positioning on the 3×3 board and learn about your opponent’s strengths and weaknesses in order to succeed. Special artifact tokens can be given to one player to balance out differences in age or abilities that will allow for extra actions to be used once per game. Again, the first person to eliminate the other wins Skulk Hollow!

With many game stores still closed, your best bet to find a copy of Skulk Hollow is on Amazon. Of course, we encourage you to support local, so call around to see if any of your local establishments are offering curbside pickup! Even with stay-at-home orders in place, we know Pencil First Games isn’t resting on their laurels. Make sure you are following them on Facebook and Twitter to find out about a new Kickstarter campaign they’ll be starting in the next week or two!

What games are you playing most lately?