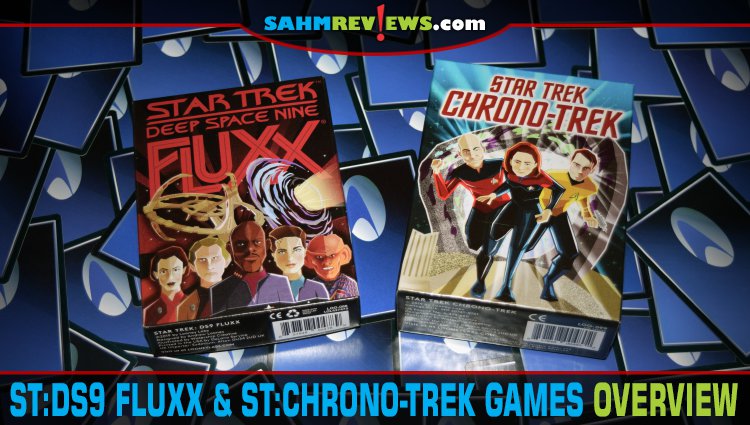 I really need to be more attentive at making sure my kids are ready to enter the real world. I’ve given advice on how to drive, made a point of teaching teens how to tip and helped prepare for a college fair. We have been pretty good about doing things together which is perfect for family bonding. In addition to playing games, we share interests in video games, movies and TV including pop culture hits like Super Mario, Star Wars and Marvel. Lately, I realized I failed a little in making sure they’re well-rounded with important things in life. Somehow we’ve never immersed them in Star Trek other than playing Star Trek Fluxx. They have no idea that there’s a difference between a Trekkie and Trekker! Considering it’s one of my favorite franchises, I’m unsure how we’ve managed to go all these years without insisting they watch every episode of Star Trek: The Next Generation and Deep Space Nine. I mean, they’ve burned through every season of How I Met Your Mother and The Office so it isn’t like they don’t like to binge watch. Let’s be honest, my memory wasn’t what it used to be so I really need to watch all of them again to give more depth to Discovery and Picard on CBS All Access. As CBS continues to expand the franchise, I feel like it’s going to be even more important that we revisit all the old series! Until we can make that happen, we’ll incorporate Star Trek into our game nights. In addition to the Star Trek: TNG Fluxx that we’ve been playing, we have now added two new Star Trek games from Looney Labs to the collection: Chrono-Trek and Deep Space Nine Fluxx.

Of the two games, Deep Space Nine Fluxx is the easiest to explain because it’s another version of the game it’s named for. We outlined how to play in detail when we shared our Holiday Fluxx overview. 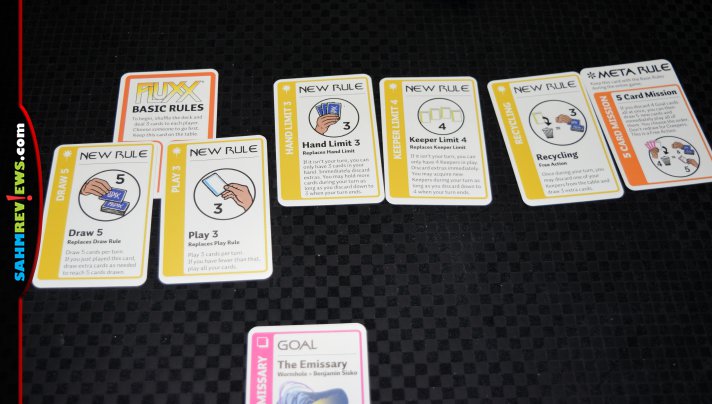 Basically, there’s a set of rules to start. Draw one card and play one card. Simple enough. But don’t get too comfortable with those because they will change multiple times during the course of the game. Sometimes you’ll draw more, sometimes you’ll play more. 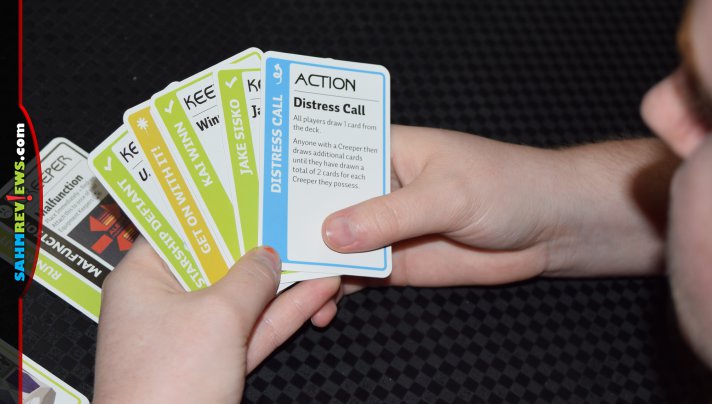 You’ll have a hand of cards and on your turn you will follow the rules for drawing and playing. There isn’t a hand limit… unless a rule says there is. There are four general types of cards: Rules, Keeps, Goals and Actions. In addition, there are a few special cards like Creepers which you should recall from the original Fluxx. Rules do exactly as I mentioned and will change the previously assigned rules. Action cards are single use and allow you to do things like trade hands with opponents, reassign cards on the table, steal others’ cards and reset the rules. 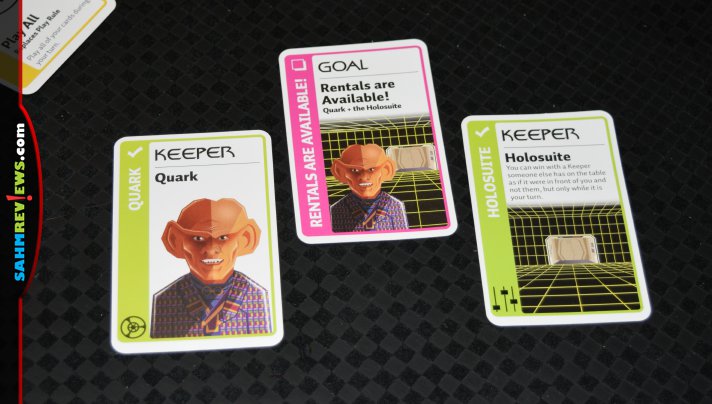 Goal cards tell you what you need to do win. Like the rules, this will continue to change. One minute you’ll be trying to get Jake and Nog to chill on the Promenade then someone decides the new goal will be to have Quark rent the Holosuite. Finally, Keepers are what you’ll accumulate to match the goal. When you have a Keeper card, you can play it in front of you in an attempt to achieve the goal and win the game. The first person to achieve the current goal wins. 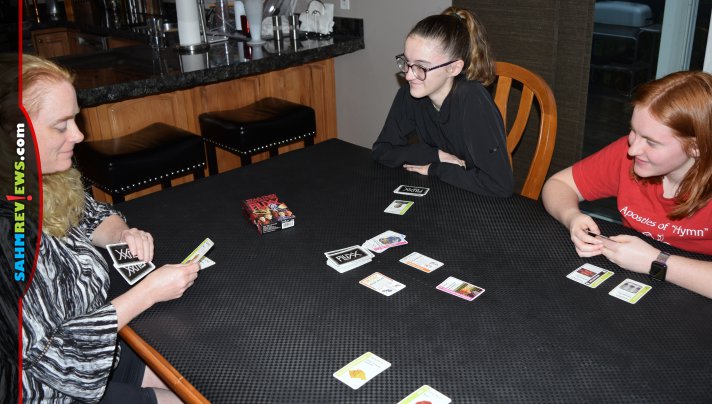 What makes Star Trek Deep Space Nine Fluxx unique from the others, aside from the theme, is the integration of special Starfleet icons. There are Starfleet officers, visitors and other personnel and equipment related to the series. If you enjoy Deep Space Nine and Fluxx then naturally you’ll want to add this one to your collection.

Star Trek Chrono-Trek is a completely different kind of card game. In this one, you’re playing as a specific character and attempting to change the timeline to achieve your goals. The UNDO series is a time-altering game as well, but it’s cooperative. In Chrono-Trek, the first player to flip the cards to meet their identity’s objective wins. 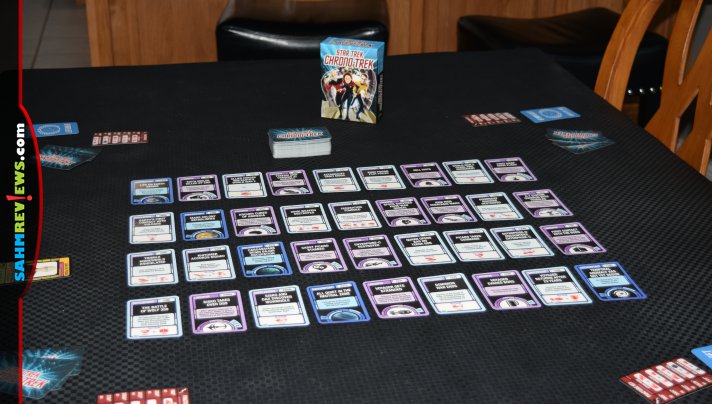 The timeline cards are set up in a grid in the center of the table and each player has a specific identity. There are two sides to each timeline card which each showing what other cards are impacted by something changing. It’s a butterfly effect, but in the Star Trek universe! 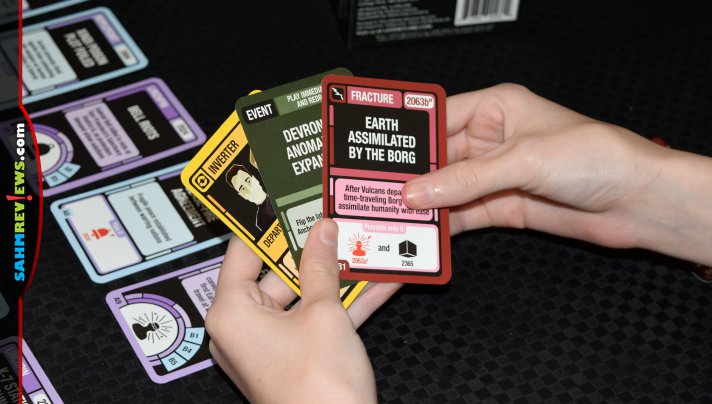 A deck of cards includes actions, artifacts, events, assignments, fractures and inverters. On your turn, you’ll draw a card and add it to your hand then play one. Each type of card has a different impact on the timeline. Like Keepers in Fluxx, Artifacts are needed to achieve your goal and are played in front of you. Assignments allow you to draw additional cards if you have certain Artifacts in play. Actions mix things up with other people’s cards including allowing you to steal cards, see their hands or draw/discard cards. 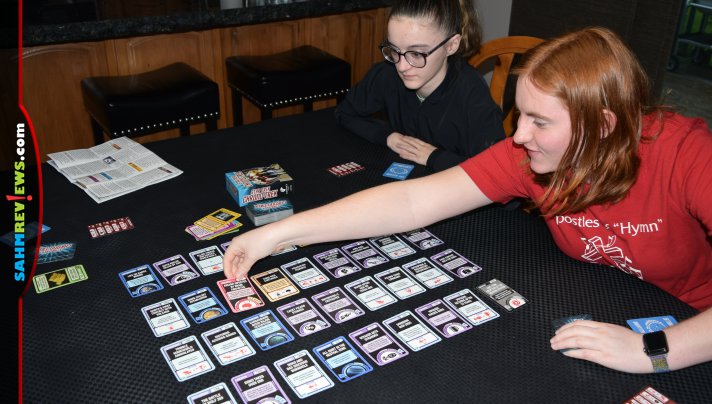 Events, Inverters and Fractures are what really impact the game. When you flip a Linchpin card, it ripples through to other parts of the timeline and these types of cards can reverse (or cause) the damage. What makes Chrono-Trek a great card game for Star Trek fans is that movies and episodes are referenced in the game.These aren’t random scenarios, but actual things that happened and other possible outcomes had something not happened as we saw it. 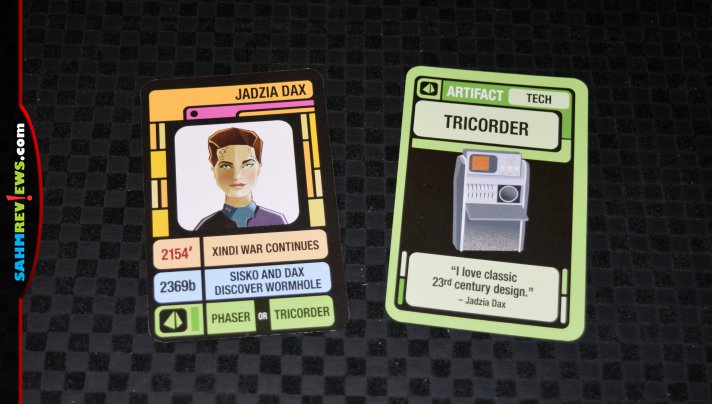 When you’ve managed to alter the timeline to meet the requirements of your identity as well as have the proper artifacts in play, you can claim victory. It may sound easy, but with everyone needing different cards flipped then it’s a constant battle to readjust the timeline. But don’t worry if you don’t win… you can always immerse yourself in the TV shows then try the game again later.

Which Star Trek series is your favorite?