I first came across Stripes by Breaking Games at Gen Con last year. Because I was in the printing and graphics industry for most of my adult life, games about color have always intrigued me. Most companies get it wrong because they don’t understand the nuances of color theory and manipulation. I’m always curious to investigate new titles and apply my professional knowledge.

Stripes, although about color, doesn’t rely on color theory. In fact, a color-filled background isn’t necessary to play. In Stripes, you are trying to line up colored stripes before any of your opponents can. You do so by manipulating cards and their positions until you have one continuous stripe of any color reaching across your tableau. 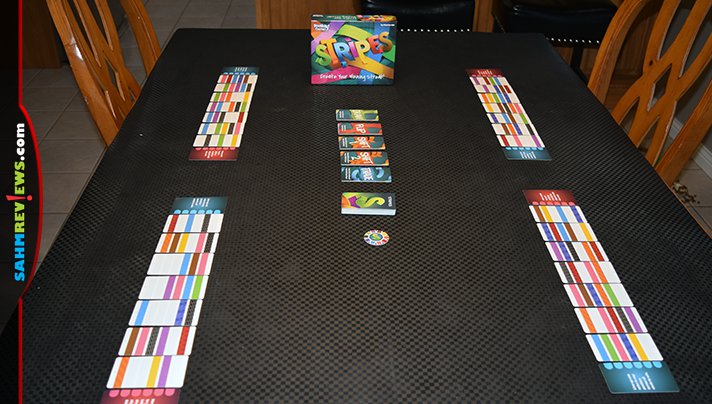 The game of Stripes supports up to six players and may be played with as few as two. Each person is dealt seven Stripes cards (fewer, if there are more than four players) along with red and blue Reference cards.  The Stripes cards are placed face-up between the red and blue cards, with the dot on each card being placed at the bottom. The blue Reference card should be on the left of the line and the red one at the end on the right-hand side. 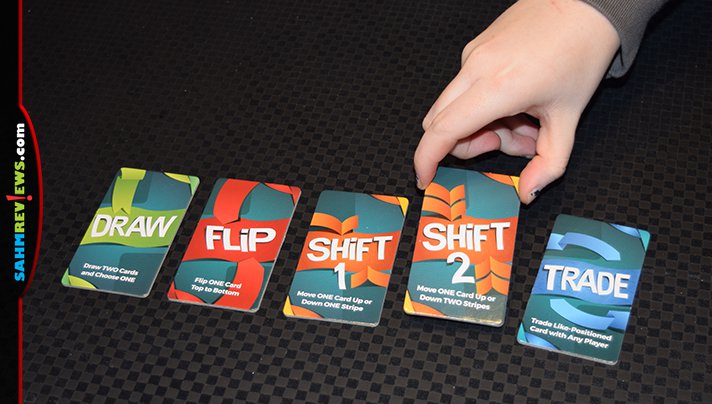 Action tiles are placed in the center of the play area, also face-up. The number of tiles will vary according to the number of players, as will the actions included. This action pool is available to all players, who will take turns in order and choose one of the actions to take. Once selected, it is turned face-down and is unavailable to other players. 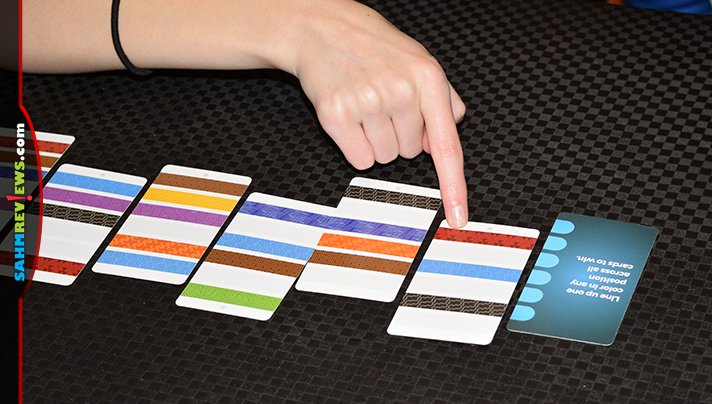 The first player token is given to one player and they begin the game by choosing one of the actions. “Shift x2” allows them to move any two cards in their tableau one stripe up or down. “Draw” asks the player to draw two cards from the remaining Stripes cards, choose one and replace it with any other card in their tableau (back to its starting position). 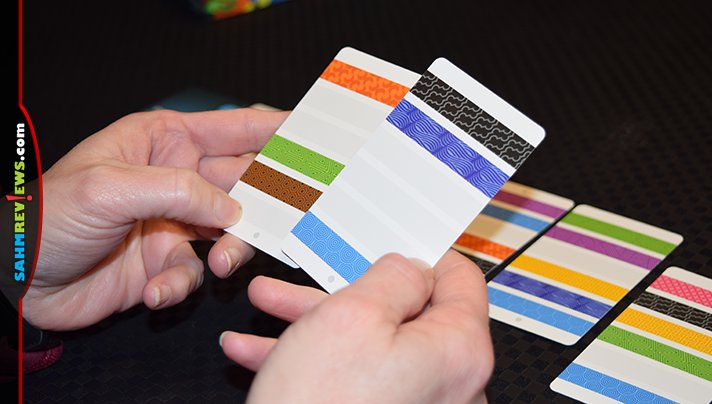 “Flip” requires you to rotate any card you own 180 degrees and back to its original position. “Shift 1” and “Shift 2” are similar to “Shift x2”, but instead of altering multiple cards, you’re moving only one card either one or two spaces up or down. “Steal” is obvious – steal a card from the player on your right and replace it into your tableau into the starting position. The person you stole from receives your discarded card and may place it into their line in any stripe position they wish. 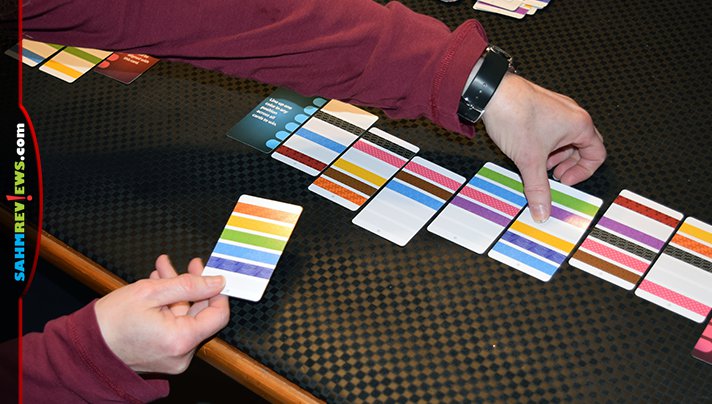 Lastly, “Trade” is nearly the same as “Steal”. Take any card from any player from the same position in the tableau (count from the left) and place it in your line. Again, they receive your discarded card and may place it in any stripe position. 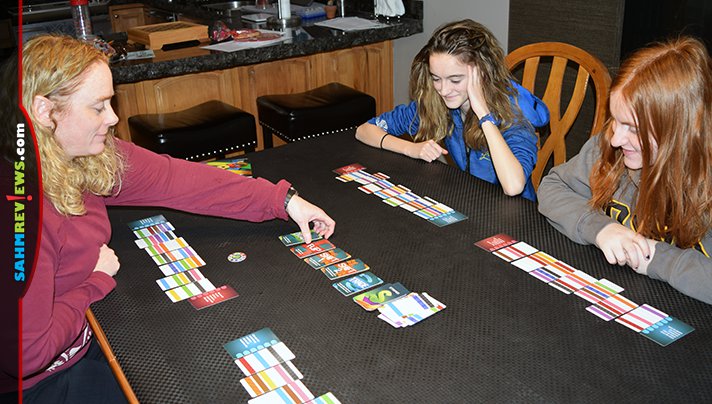 A round of Stripes ends when there is only one Action tile left. All tiles are turned face-up, the first player marker shifts to the next person in clockwise order and another round is started in the same manner. A player wins the game as soon as they are able to create a continuous line of the same color across all seven cards in their tableau!

While advertised for ages 8+, we feel confident in also recommending it for players as young as 5 or 6. Stripes is inexpensively found on Amazon, at your favorite local game store or direct from Breaking Games! Don’t miss out on all of their other great titles! Follow them on Facebook and Twitter to find out more about their product line!

Do you enjoy color-themed games?