There were a lot less things to do growing up on an acreage in the country in the 70s and 80s. My brothers and I spent a lot of time mowing the lawn and helping with the garden. While I liked to spend time on the tree swing or playing with my pet rabbit, my brothers rode their mini bikes through a track that had been mowed on the back half of our property and the neighbor’s. When we were inside, we would play card games or board games as a family then retreat to our respective individual hobbies. Who knows what all they did, but you could typically find me crocheting, doing embroidery or needlepoint or tinkering around at some other functional craft that I had learned from my mom. I also had a huge passion for puzzles of all kinds including 2-D and 3-D jigsaw puzzles, books filled with word or logic puzzles and all kinds of different Rubik’s Cubes. I still have the labyrinth that I had worked so many times that I had mastered the ability to get from beginning to end. 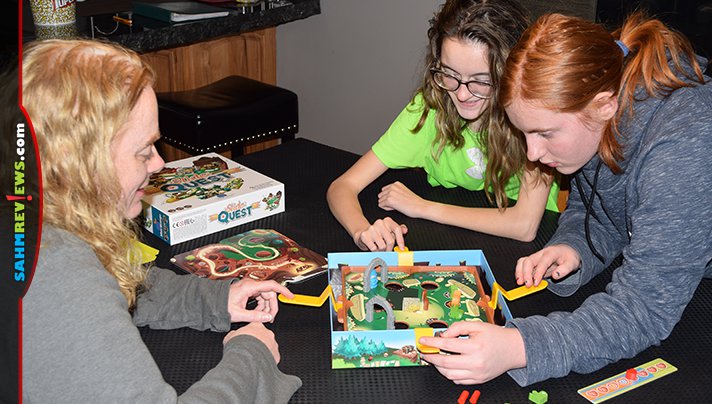 If you’ve ever tried a labyrinth then you know it requires the application of careful precision. You turn the knobs ever so slightly to will the ball in the direction you want. It’s mentally taxing and soothing at the same time. That same feeling is what drew me to Slide Quest from Blue Orange Games. 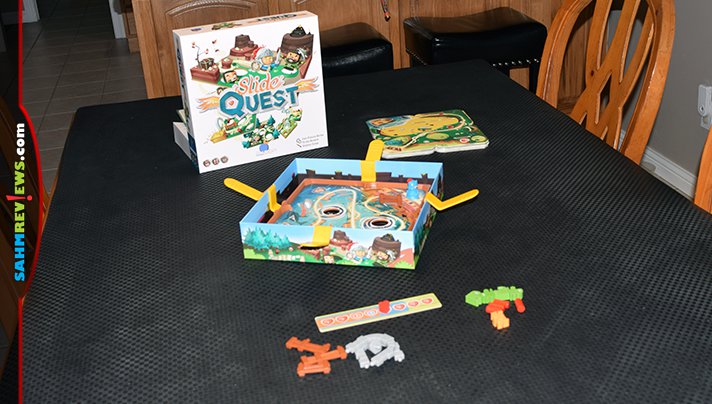 The box transforms into a type of labyrinth where you’re attempting to maneuver the knight past obstacles and onto the next level. The difference, however, is that it’s actually designed as a cooperative adventure game. Up to four players are in control of four different levers that tilt the board each way. To set it up, remove the cardboard container and insert the levers into the notches. Place the trap base on top of those. Determine whether you want to play a short game or a long one and how difficult you want it to be then insert the appropriate starting map atop the board when you’re ready to go. 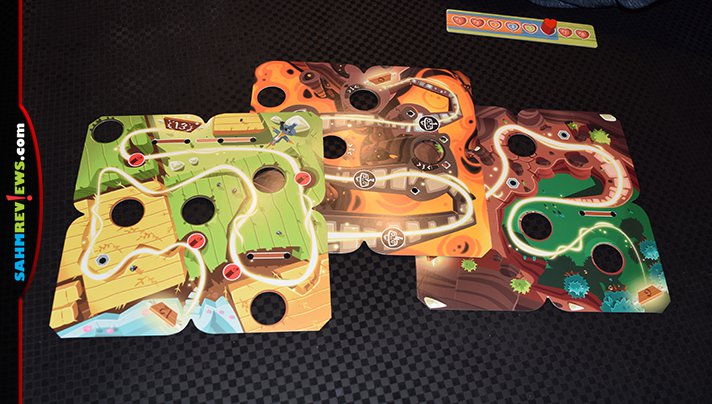 There are 20 different maps that span four different worlds including Coast, Mountain, Castle Grounds and Castle. The back of each map is numbered so you can select a small range of five mini quests or complete them all as part of a grand quest. 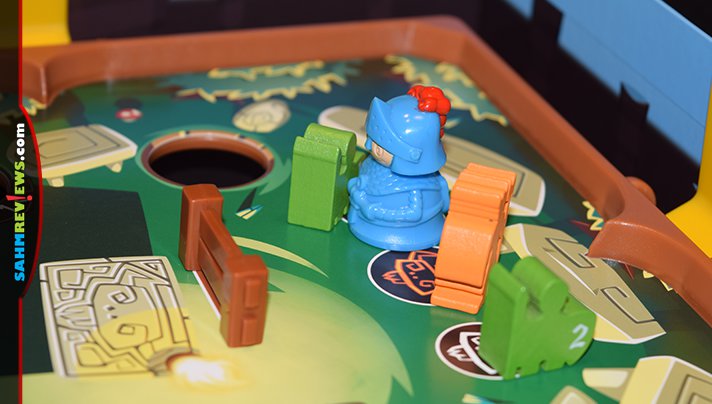 At the beginning of each level, you’ll place the appropriate obstacles according to the board markings. There are large and small barriers, boulders, arches, sticks of dynamite, guards and a villain. Some maps even display a heart which is an opportunity to raise your health level. Health? Yup. If you don’t handle the obstacles correctly, you’ll lose health. 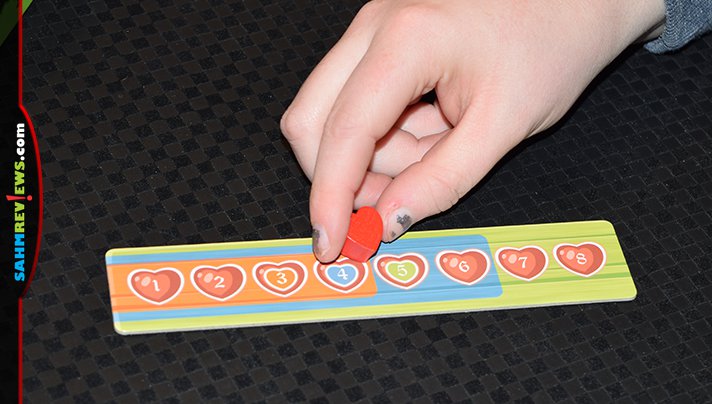 That’s one of the ways the game ends… if the knight loses all his lives. Fall into a trap, lose a life. Tip over the dynamite, lose a life. Push a guard or villain into the wrong trap… (can you guess?)… lose a life. As I mentioned in the setup of Slide Quest, you’ll determine your difficulty level. This is done using the life counter. If you want to work at a beginner level, start with five health, maximum eight. 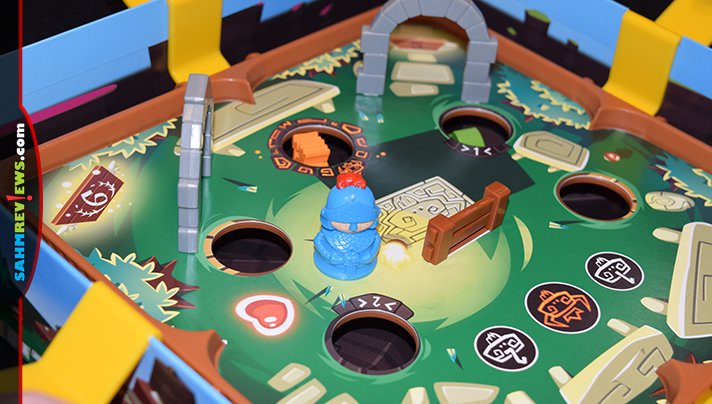 You can tap the “heart” markings on the map to increase your life, but it is limited based on which difficulty level you chose at the start. Normal mode begins at four and caps at six. Difficult is for experienced players as you only get three lives and can never have more than that.

There are Slide Quest variations including a timed version (ack!) and a solo mode. Don’t stress about the amount of time it might take because you can always pause your game. Record your current place, pack it up and return to it later. As we mentioned during the holidays, this is a fun family game and a unique opportunity for family bonding. Slide over to Amazon to pick up a copy of Slide Quest, order direct from Blue Orange Games or check for it at your local retailer. Continue your quest over on Twitter or Facebook to see updates on other offerings from Blue Orange Games.

Are you successful when you attempt activities and games that require subtle movements?