Scott recently asked me about some of my non-website goals. I said I wanted to volunteer more with the girls’ activities. Our school district allows parents to help in the classrooms but only through 3rd grade. Once they reach 4th, the only responsibilities involve holidays and special events. I provided assistance in each of their classrooms helping with reading time, crafts and playing games among other things. Sometimes the teacher simply needed an extra set of eyes and ears. I had trouble wrangling two energetic youngsters so I couldn’t imagine trying to keep an entire classroom in check by myself! While I enjoyed the variety of activities, my most vivid memories are of their 3rd grade activities. Maybe it’s because it was the most recent, but it’s more likely because we did the same thing every time – played Bananagrams.

When they were younger, playing Bananagrams was about trying to form basic words. The girls now create much longer words and much faster so playing against them is more competitive. But sometimes they aren’t available and sometimes we have extra people to game with so we added two new versions of Bananagrams to our game library: Bananagrams Duel and Bananagrams Party Edition. Both rely on the same basic concepts as the original version while offering a completely different experience depending on the number of players.

In Bananagrams, players race to use tiles in a general pool to create a grid of words. Without going into all the details, it’s basically a speed version of Scrabble where everyone is playing at the same time. But you don’t keep score based on the size of the word or where they’re placed on the board. Now that I think about it, the only thing that is similar is that you create a grid of words using tiles. Unlike its namesake, Bananagrams Duel uses cubes instead of tiles, but other than that, it’s very similar. 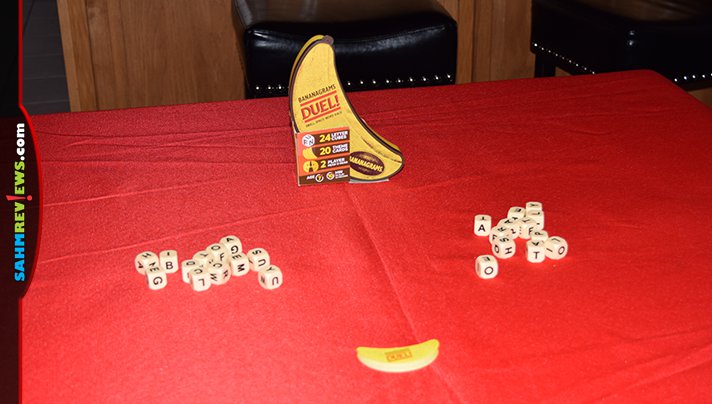 To begin the game, each of the two players randomly takes 12 cubes. A stack of banana cards is placed within reach of both players. Someone says “Go” and the race is on! Players rush to create words using any of the letters on their allocated cubes. 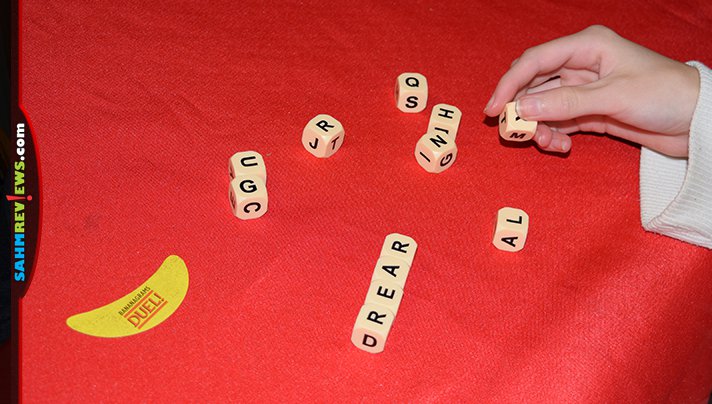 As with each of the versions of Bananagrams, words must read left to right or top to bottom and intersect with each other to form one grid. The words aren’t locked into place and can be changed at any time. Once you’ve used all your letters, you yell, “Bananas!” 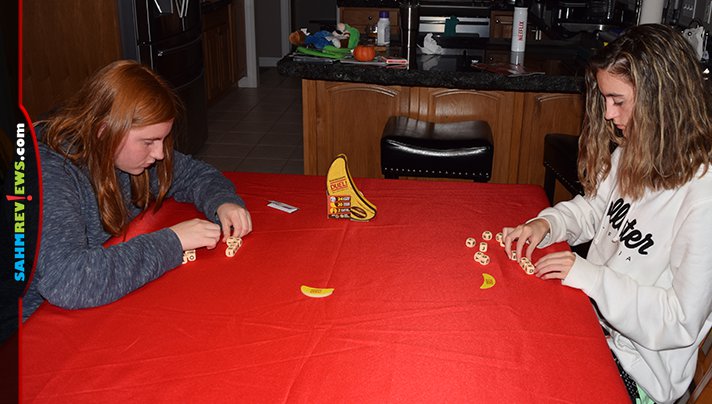 Your opponent will confirm all your words are legit and you’ll take one of the Banana cards. Once you or your opponent earns ten Banana cards, the game is over. That’s all there is to the game! Rounds are quick and you can play multiple games in a short period of time. Pick up a copy of Bananagrams Duel on Amazon.

This version of the classic Bananagrams word game is designed to play up to 8 people. The general concept of the game is similar to the original, uses tiles and the same “peel” process. 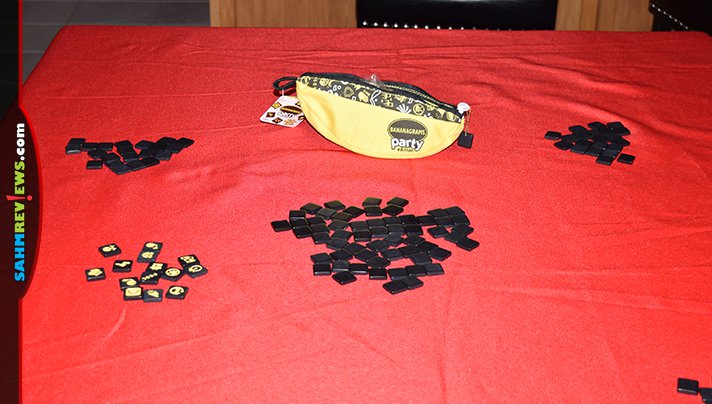 The difference is Bananagrams Party Edition includes party tiles that change the game up! Before you begin the game, review each of the abilities of the party tiles so everyone knows what happens if they get one. These really an an added twist to the game. After you’ve had a party tile refresher, you can finish the very long (yes, sarcasm) setup process. Pool all the tiles face down in the center of the table within reach of all players and mix them up. Players all draw a number of tiles as designated by the player count and it’s time to go! 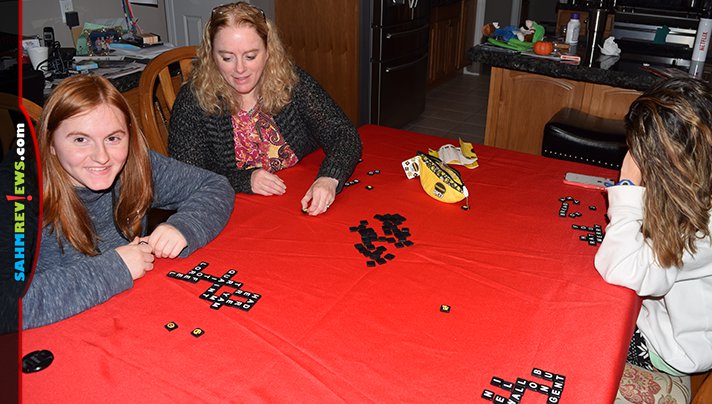 Someone says, “Split” and you’re off and spelling! Using your allotted tiles, create a grid of connected words. Once you use up all the tiles, call, “Peel” and all players (including you) grabs another tile from the general pool (referred to as the Bunch). If you have a tile that you’re having trouble placing, you can call, “Dump” and toss it back into the center. As a result, you’ll draw three new tiles to replace it. 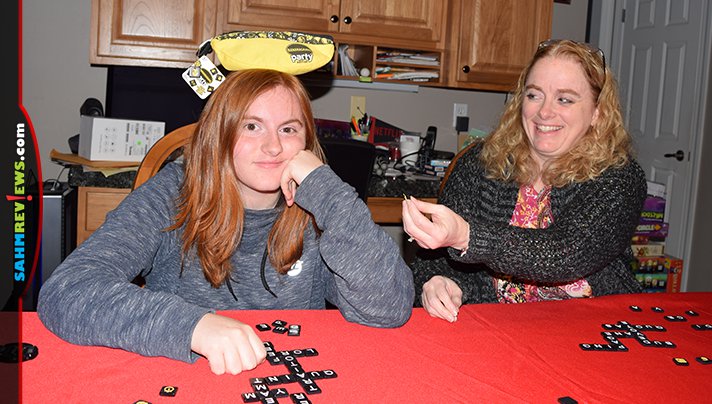 If you receive one of the Party tiles, you’ll take the action immediately. You may find yourself with a banana on your head, working with only one hand (or no thumbs!) or standing on one leg like a flamingo. There are opportunities to steal tiles from other players or completely blow up their grid! Once the Party tile has been played, return to your grid to finish working. When a player has used all their tiles and there are no longer enough in the Bunch to accommodate all players, that player says, “Bananas” and the game pauses. All players take a moment to inspect their tableau for invalid words. If there are any then someone calls, “Rotten Bananas” and that player is out of the game. All their tiles are returned to the Bunch and the game continues with the remaining players. If they have successfully completed with no errors, they’re declared the Top Banana and win! Bananagrams Party Edition also is available on Amazon as well as retailers such as Walmart and Target.

If you’re a fan of the original version of Bananagrams but are looking for something to mix things up, accommodate more or less players then picking Bananagrams Party Edition or Bananagrams Duel won’t be a slip up.

When was the last time you played any version of Bananagrams?