One game we see at thrift all the time is Anagrams. That should come as no surprise since it was originally published over 110 years ago – 1910 to be exact. In the past century, several publishers have issued versions of Anagrams. Sometimes they have slightly different rules or letter distributions. For the most part the game play is the same – make words from the individual letter tiles.

We’ve always passed on Anagrams at our local thrift stores because the copies we encountered were either of an exceptionally low quality (printing on paper tiles), missing many pieces or was so overplayed the box couldn’t hold the contents without everything falling out. We finally found an exception and paid $4.99 for this “Embossed Edition” at the Iowa City Stuff Etc store.

This “Embossed Edition” is the same as a regular version as far as game play goes. The components are of a much higher quality and feature embossed wood blocks like those antique letter blocks your grandparents played with as children. The lot of one hundred tiles are turned face-down and mixed into the center of the table. Each player turns one tile face-up, leaving it in the pool. Participants agree together whether three-, four- or five-letter words will be the minimum. 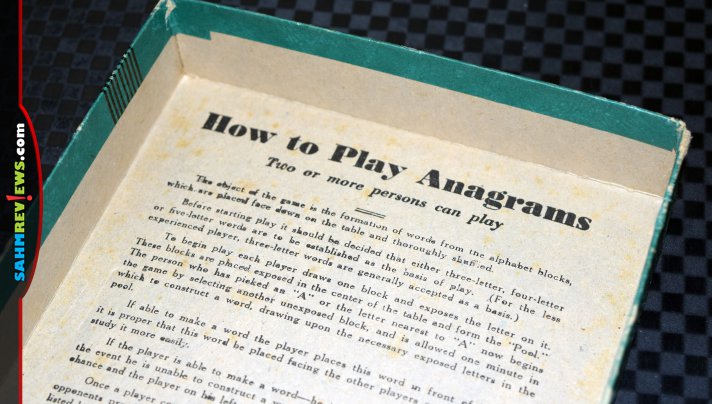 The starting player reveals another tile and tries to make a word out of the revealed letters. If able to, they take the tiles, place the word in front of them and then take another turn. A one-minute timer is needed to make sure players have the same amount of time to produce a word. 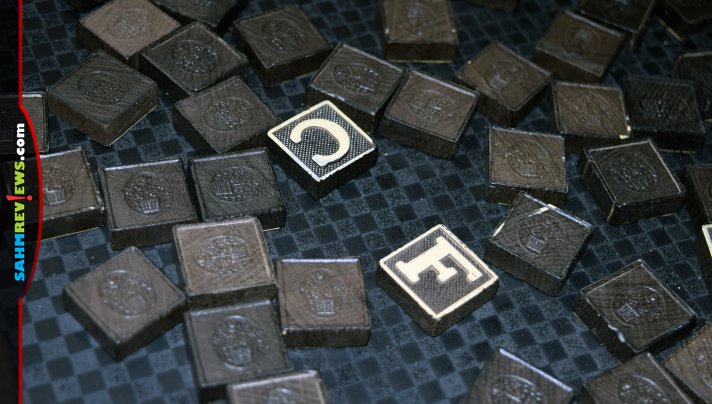 Once a word is formed, it can be stolen by other players. If another player can create a new word, not just pluralize or change the tense, from all the letters, they may steal the word and rearrange it into a new word by adding at least one new tile. And like most word games, proper nouns, foreign words and contractions are not allowed. 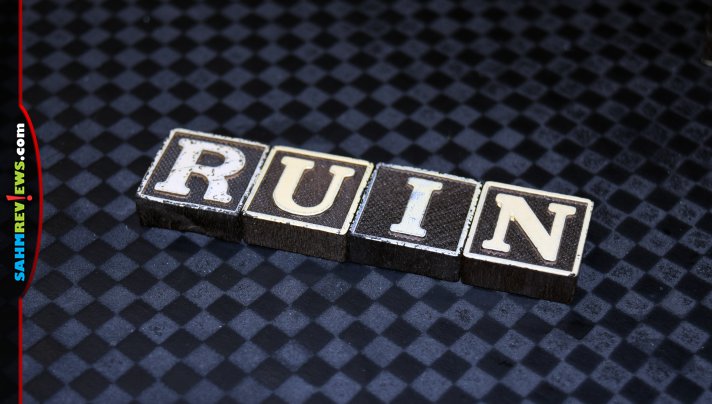 Players continue taking turns until one person has eight complete words in front of them. Once this happens, the round is finished so all participants have had an equal number of turns. If one of the eight words is stolen, the game continues as normal. If there is more than one player who has eight words, the tie is broken in favor of the person who has the most tiles!

While it doesn’t appear that Anagrams is currently being published by any company, it is very easy to find complete copies on eBay from many different decades. Another option is to check out Bananagrams, which plays similarly and is readily available on Amazon for less than the vintage ones!

Do you prefer games with upgraded components? Or to pay as little as possible?