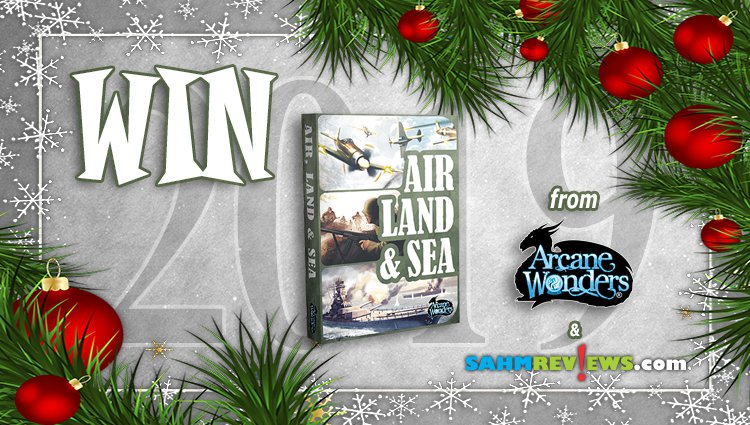 I’m not much of a history buff, but during our visit to Washington D.C. a couple of years ago we made sure to included a stop at the World War II Memorial. It was new since the last time we had visited the city and it absolutely took my breath away. You don’t have to be a history fanatic to appreciate the sacrifices that were made during that time of war. One of the things I thought was the most remarkable was the thoughtful design in presenting the Atlantic and Pacific theaters of the war. I had never really thought much about it, but the visual has stuck ever since.

Naturally, it’s the first thing I thought of when I learned about Air, Land & Sea from Arcane Wonders. It’s a war-themed, tactical 2-player game where whomever controls the most theaters earns victory points. While this isn’t targeted at kids, it’s certainly one to consider including them in as it opens the door to conversations about the topic. Plus, you’re learning while you’re playing! One lucky reader will claim victory in this giveaway! Target your sights on the form below and follow the instructions to enter to win a copy of the game!