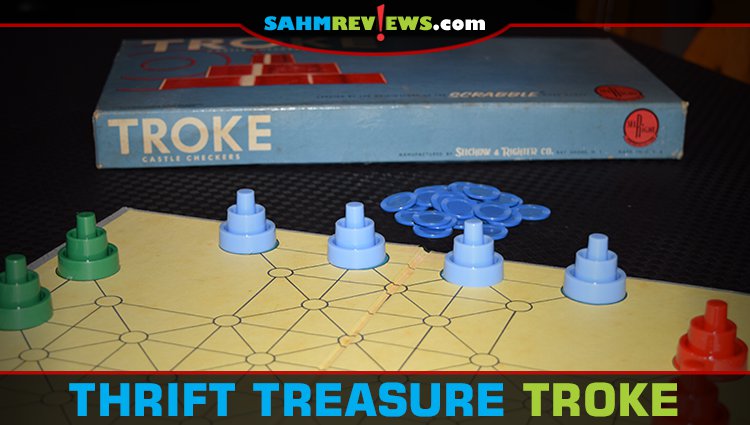 It’s always been amazing to me the number of “better Checkers” or “better Chess” games that have tried to make headway in the marketplace. They scream desperation and the lack of creativity. If a designer wants to build a game better than Checkers or Chess, they need to start from scratch and not just take the age-old ideas and add a couple variations to the rules.

This week we found a copy of Selchow & Righter‘s Troke at our local Goodwill. Originally published in 1956, our copy is what should probably be referred to as a second edition with a copyright date of 1961 (later versions had a completely different box). At the time they advertised Troke as “Castle Checkers”. This wasn’t to say that this was a better version of the classic, but to market the game to players who had never had much experience beyond Checkers. There really are very few similarities. 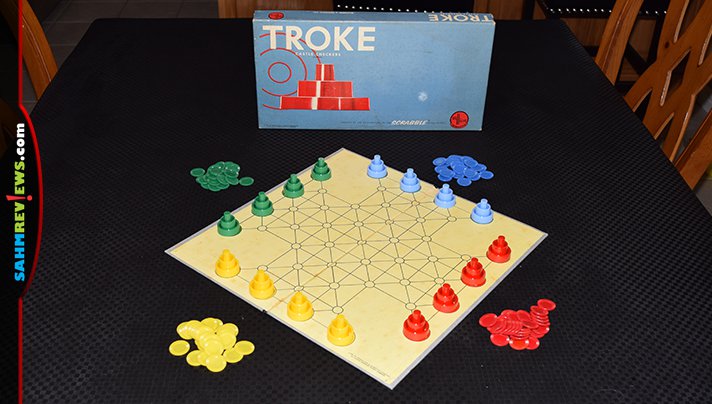 Troke is designed for up to four players who begin the game with twelve pieces stacked into four spaces on their side of the board. The object is to get all twelve into the goal spaces directly on the other side. There are three different types of pieces, each with individual names – tower, wall and moat. These three stack inside each other to form a castle and begin and end the game in that configuration. 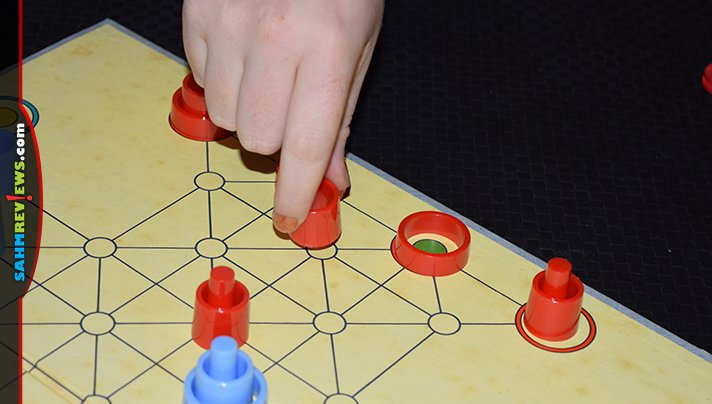 What makes Troke unique is how the pieces move. The board is made up of a number of circles connected by pathways. On a player’s turn they simply move one of their pieces (one individual piece, not an entire stack or castle) along the pathway to the next circle either forward, diagonal or sideways. If their piece lands on an empty space, their turn ends. 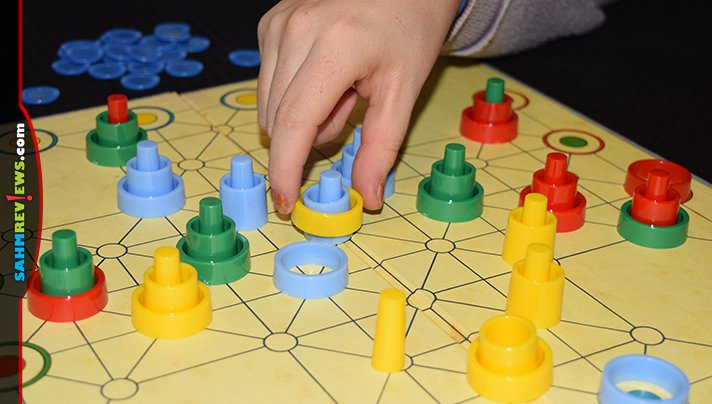 But if their piece is able to land on top of another non-identical piece, either their own or another player’s, they get to move that entire collection of pieces again! And if a set of two then lands on the missing third piece, it is moved as a castle one more time! 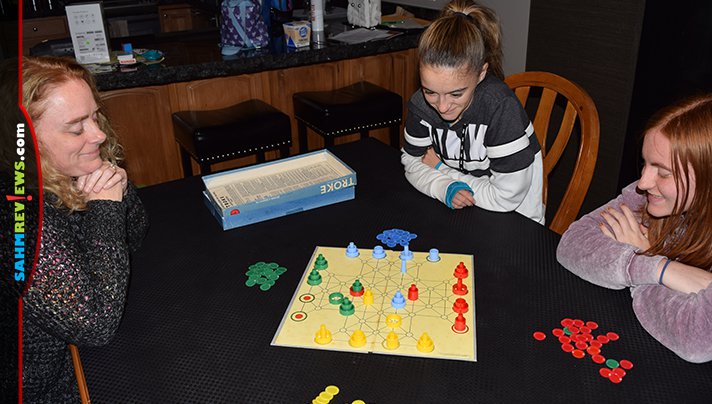 It doesn’t matter whose pieces are landed upon, they all move with the piece of the active player. So your piece may end up moving backwards towards your starting area! On subsequent turns, the collection isn’t moved together – it is broken up by the active player moving one piece off of it. A handful of restrictions govern how the pieces may be moved. You cannot move backwards, may not move an opponent’s piece back onto their starting area and shall not move back and forth between the same two spaces on the same turn.

Each time you capture an opponent’s piece by landing on it, you earn a token from that player. If you are the first player to assemble a castle on your goal line, you’ll receive one token from all other players. If you build your second castle before any others can, you’ll take two tokens from each of them (and so on through the fourth castle). When a player completes their fourth castle on their own goal line, the game of Troke ends immediately and the person with the most tokens wins!

Other than having a board and moving pieces one step at a time, you can see there is really not much resemblance to a game of Checkers. Copies of Troke are quite easy to find on eBay for very reasonable prices, some as low as $2! It’s the shipping cost that will get you every time, with an average of $10 to reach you in the U.S.

What is your favorite version of Checkers?