Ever since the movie trailer for JOKER rolled out, I’ve been hearing mixed reactions from friends regarding whether they would go see it or not. Some said they didn’t feel it was true to the comics. Since I’m not an avid comic reader, that didn’t concern me too much. Others said they felt it was capitalizing on someone’s mental-illness and I can totally see how their point has validity. As with everything I do, I try to absorb all the information and make my own decision. Since we are fans of all types of movies and TV shows revolving around Marvel and DC superheros, planning to see JOKER was kind of a no-brainer. It would have to speak for itself and if I walked out feeling like it was a waste of my money, I could easily spread the word.

Before I say anything else, I want to assure you that there aren’t spoilers but there might be some triggers regarding mental illness and bullying. So take that into consideration as you watch the trailer and read my thoughts.

While the trailers made it very clear there would be depressing parts of the movie, it wasn’t what I expected. Was it entertaining? Yes. Will Joaquin Phoenix win an award for his portrayal of Joker? Probably. He was amazing. Did the plot set a course for future movies that aligns with prior Batman and Suicide Squad movies and the TV show, Gotham? Not really. 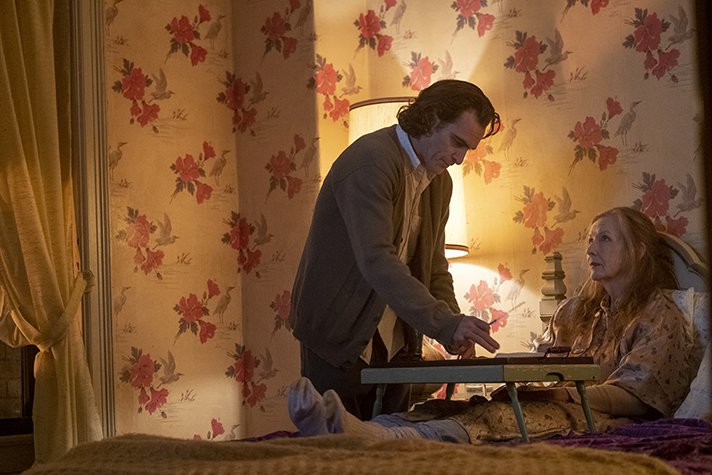 JOKER is a stand-alone movie that chronicles the experiences of a down-and-out man who is trying to make ends meet. Working as a clown by day and aspiring stand-up comedian by night, he managed to care for his ailing mother… until he ultimately reaches his breaking point. Here are some things to know to help you decide if you want to watch JOKER:

Joker is a villain and a victim.

We all know that Joker is a villain and nemesis of Batman, but this movie doesn’t focus on that part of the timeline. It’s about his pre-villain life as a victim of bullying, hate, society, misfortune and mental illness. He’s a victim of ridicule and beatings by both juveniles and adults.

The JOKER movie should be nominated for awards.

Joaquin Phoenix did an amazing job with his portrayal of Joker. It was believable and engaging. Ever since we watched the symphony perform live during Star Wars: A New Hope, I’ve been more attentive to the scores that help set the mood for scenes. I was constantly being swept away by the music in JOKER. Not only do I expect Joaquin Phoenix to receive nominations, but I would venture to guess that JOKER will receive multiple nominations in other categories as well.

Expect to be immersed in JOKER.

I gasped (more than once) and my jaw dropped often. I walked into the movie with some preconceived expectations and was wildly incorrect on most of them. I knew it would be sad at parts, but I didn’t expect to feel sympathy for a character we’ve always known to be so evil.

There is a lot of messaging about the state of our society built into the JOKER movie. Some people suffer from mental illness and disabilities and society deems what is right, normal and acceptable. One part of the script included commentary that you’re either successful and wealthy or unsuccessful and a clown. This post isn’t intended to generate conversation about what is right and wrong, nor is meant to spark conversation about conservative viewpoints vs liberal. But I certainly believe JOKER will bring about a lot of discussion about how we view and should address issues with mental health.

Do not take young children to see JOKER.

I’ve been at R-rated movies before where parents brought their young kids. While we took our teens to see Deadpool, they didn’t hear anything the hadn’t already heard at high school or see anything that wasn’t already experienced via video games or other action movies. I’m not sure how the family at the end of the row justified letting their elementary school kids watch it. JOKER, on the other hand, is a completely different type of movie. Yes, it’s a movie based on a comic book villain but this is far from anything you would see from someone like Thanos in Avengers. It’s dark and not kid-friendly. 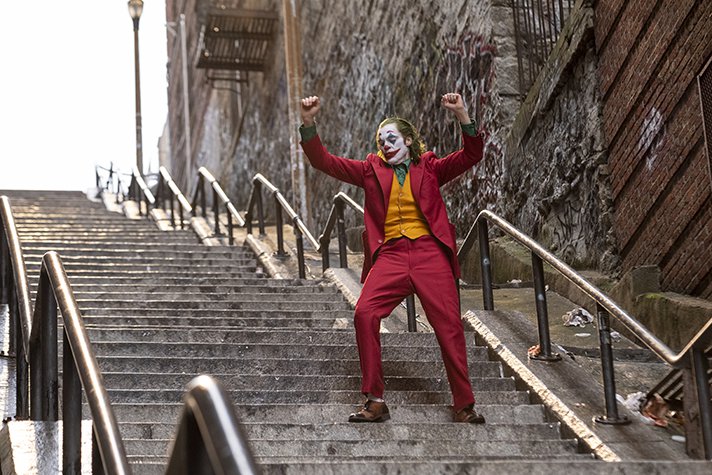 Don’t expect to walk out of the Joker movie laughing.

It’s dark and quite grim so don’t expect to walk out of the movie with a smile on your face.  Honestly, I spent a great deal of time throughout the movie wondering what sad event would happen next. While the movie Yesterday gave me a great deal of joy and Avengers: Endgame (or anything Marvel for that matter) gets me fired up and wanting to talk about all the Easter eggs I may have missed, JOKER left me speechless. I walked out completely numb.

Backstory left vague in prior Batman movies are answered in JOKER.

The backstory behind Joker has changed across various films, shows and comics so it should come as no surprise that this one also offers some artistic freedom. However, there are some story ideas that have been consistent about the history of Gotham and its residents throughout all the comics and shows we’ve seen. At least a few previously unanswered questions have been given resolution and I walked away feeling conflicted on whether some worked for me.

I don’t want to say JOKER isn’t worth seeing because it is. However, it’s important to go into it with your eyes and thoughts wide open. Just make sure you don’t bring kids along.

What’s something about Gotham that you hope to learn from JOKER?