Nobody enjoys receiving that envelope in the mail that says “Jury Summons”. It’s about as welcoming as something from the IRS or a reminder from the doctor that says you need to get a colonoscopy or mammogram. I’ll admit it: I cringe when I see the image in my notification about what’s in the mail. Knowing that it has the potential to really mess with my schedule can be stressful.

I’m clearly not alone in the anxiety such a piece of mail creates. Over the past couple of weeks, I’ve read more than one post from friends on Facebook with concerns about receiving a jury summons. The vast majority of the comments left on their posts involved things to say that can get you dismissed from service. This has happened several times over the last couple of weeks and the responses were consistent across all the posts.

But you know what? It’s our civic duty as citizens of the United States. It’s part of what makes our justice system work. It’s what helps keep innocent people from going to jail and prevents guilty individuals from being set free. So when I receive a summons in the mail, I fill out the form honestly and figure if I’m called then I’ll make it work with my busy schedule.

Unfortunately, I’m discovering that I’m in the minority.

Yes, I get that our schedules can be busy, but it’s a fact that a summons isn’t synonymous with getting called into the courtroom. It is often a practice to call into an automated system on a specified date and it will tell you if your number has been called. The last 3 times that I’ve received a summons, I haven’t needed to report which also means I haven’t needed to serve on a jury. Yes, I would breath a sigh of relief upon hearing, “Your obligation has been met.” but I was ready nonetheless and that’s what matters.

Then a friend was sharing how she was called to the courtroom where the attorneys question the potential jurors in attempt to assemble a representative “jury of your peers.” What she posted next alarmed me; the judge dismissed her entire group because they couldn’t find enough people who could be fair and impartial. She said a lot of people were in their 20s and early 30s and didn’t agree with the law so wouldn’t convict based on the evidence provided. Whether you agree with the law or not isn’t the issue. The idea is to be fair and impartial based on the evidence and how it relates to the law. Not whether or not you think they should be found guilty (or innocent) based on your perception of what the law should be. This is about using your background, your knowledge, your ability to reason and make reasonable decisions to evaluate whether the prosecution provided enough evidence to convict or not. Not whether or not you thought it was a good law. If that’s your concern, you should be doing all you can to get out to the polls and elect the officials that make or change the laws… and that’s a entirely different conversation for an entirely different day. 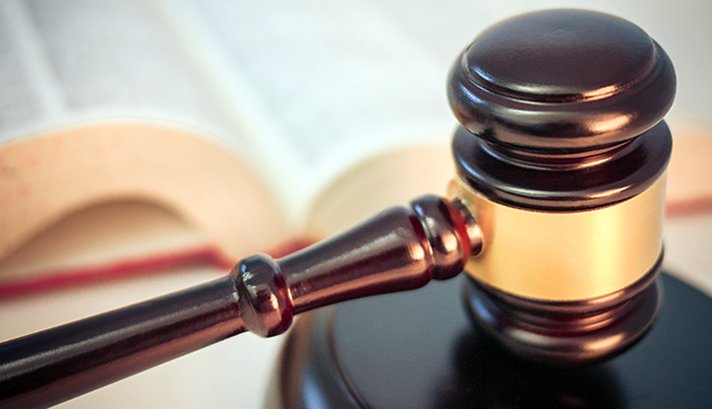 This discussion struck a nerve with my friend, Amanda Richards who is a partner with Betty, Neuman & McMahon, P.L.C. here in the Quad Cities. When I told her about my concerns for people wanting to talk their way out of jury duty, her first response was that they see it all the time. People in her position have to rephrase questions to flush out the right information in their jury selection process. She summed it up well when she told me, “Our justice system was set up specifically so that we as American citizens are entitled to a trial by our peers. People fail to see the power in that. A jury is a place where we as regular everyday citizens get to say what we believe is right and wrong in our society. That actually is incredibly powerful and shouldn’t be taken for granted. It is not our government, or our elected officials that have the fate of these cases in their hand, it’s grandmothers, and mothers, and regular men and women. It really is the only part of our government system where we get to participate.” Iowa Public Defender, Meena Brandt, said she hears all kinds of crazy excuses for people trying to avoid being assigned to jury duty. However, she reminded me the significance (and history) of why we are all called to this service, “The Iowa constitution and United States constitution is what gives us the right to a jury trial… the phrase a jury of your peers, which dates back to the Magna Carta, guaranteed the rights of individuals. It really means having a jury of your equals. A jury that is a fair representation of the population is key to getting a fair trial. A variety of perspectives, life experiences, and personalities make jurors the best judges when it comes to weighing evidence in a case. Moreover, no one wants to be judged by people who don’t want to be there and who don’t care. Jurors need to be invested and take the jury trial system seriously. It’s a matter of life and liberty.”

What both this legal individuals emphasized is the importance of the participation of everyday people. We can get out to the polls, caucus for and elect the people who align with our religious, political and economic beliefs. While in office, those officials listen to details, facts and opinions about various bills and issues and vote on legislation accordingly. While we can share our feedback with them, ultimately we cannot force them to vote in any particular way. When YOU step into the jury box, it is YOUR job to listen to both sides of the story. YOU pay attention, take notes and absorb what the facts are. After closing arguments, YOU sit in closed quarters with your peers and talk about it. You compare notes and discuss what made sense and didn’t. YOU put the pieces together based on the details provided to you. At the end, you can personally take pride in knowing you played a part in the entire process. The fate of the individual(s) in the trial is in your hands.

But none of that is possible if you have opted to excuse your way out of jury duty.

The next time you receive a jury summons, please don’t try to jump through hoops to avoid serving on the jury. Look at it from the side of the court and of the defendant. If you are a person capable of making sound decisions based on set parameters, then be willing to be part of the peer system. Because while people often complain about rights, laws and issues in our country, this is something you’re truly entitled to. You should be proud of that.

Have you ever served on a jury?

17 comments on «Want to Avoid Jury Duty? Read This.»