I understand that kids go on field trips through school organizations and classes. As a parent of two high school students, the concept of kids traveling far from home is a bit unnerving for me. To be fair, I get twitchy when my 16-year old daughter drives across town so maybe I’m not a good judge of these matters. We all know that the world is an incredibly unpredictable place. While it makes sense to steer clear of areas with political unrest, some things cannot be planned. For example, who would have predicted the earthquakes in California last week? Not me.

So what happens when your school is planning a trip and one of the participants moonlights as a superhero? More specifically, an Avenger. Well, you can’t plan for anything because you just don’t know. There’s no way to plan for the totally unexpected. You know, like the invasion of elementals. What you end up with is Spider-Man: Far From Home.

The movie is filled with all kinds of unexpected things and here are some (spoiler-free) things you CAN expect to find:

If you haven’t gone to see Avengers: Endgame yet but plan to then you NEED to rethink going to see Spider-Man: Far From Home. While historically, there has been sovereignty to some of the types of movies set in the same universe, that’s not the case with this one. Toby MacGuire’s version of Spider-Man was prior to phase one of what we currently recognize as the Marvel Cinematic Universe so that wasn’t an issue. While Andrew Garfield’s depiction of Spider-Man hit theaters after we were introduced to Iron Man, Thor, Captain America and other Avengers, that version of the superhero wasn’t set within the same universe. Tom Holland as Peter Parker is fully immersed in the world so it’s only natural that spoilers of Endgame are integral to the storyline of this Spider-Man: Far From Home. 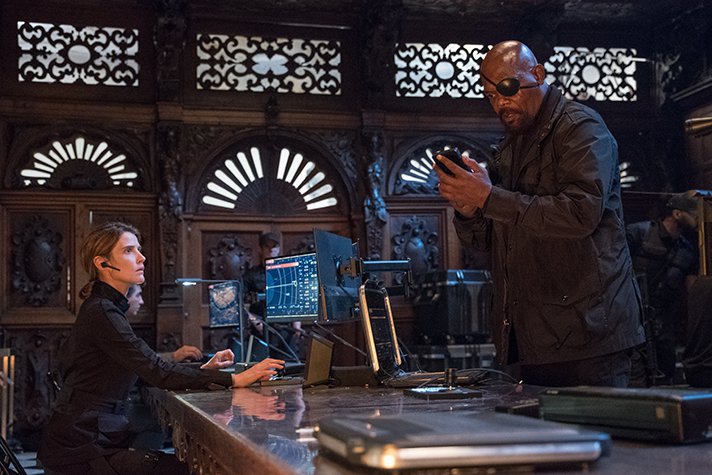 If there’s a Marvel movie, it’s natural to expect to see Nick Fury at some point. Spider-Man: Far From Home provides screen time for Nick Fury along with Agent Maria Hill doing what they do best: working to defend the earth. 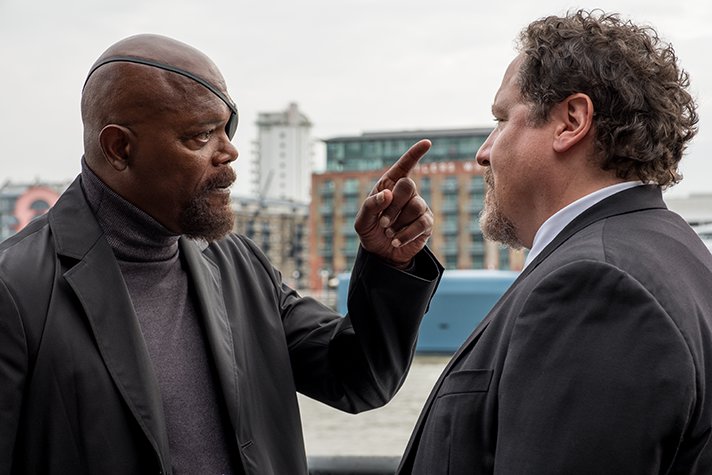 We also get to see more of Happy Hogan than we’ve seen in a while. He has significant air time throughout Spider-Man: Far From Home. And he’s hilarious… something we haven’t really been able to witness in prior films. It will be exciting to see how he helps carry forward the Tony Stark legacy into this and other new movies.

Mysterio is a new character to the Marvel Cinematic Universe and hope they find ways to incorporate him into more features. His powers, his abilities, his charisma and even his backstory are all key so pay close attention. 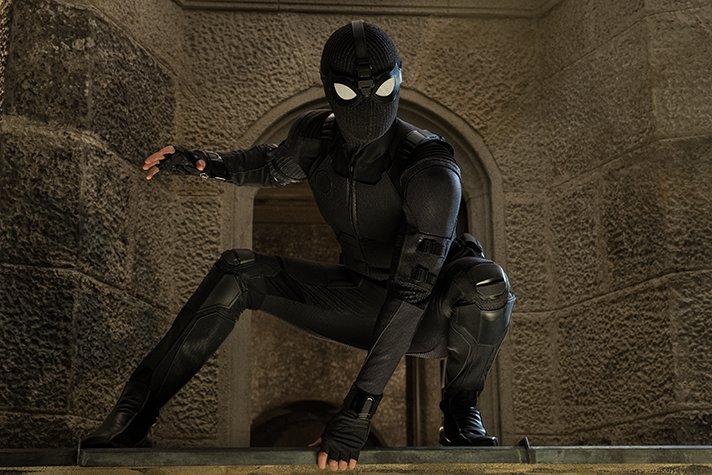 What the what? Has Spider-Man turned evil? Does he have an alter-alter-ego? Perhaps a doppelganger? Newsflash: Spider-Man has more than one suit. Not only will you see his traditional suit, you’ll also get a glimpse at some new ones throughout Spider-Man: Far From Home. I’ll refrain from saying any more and assure you it will all make sense when you see the movie.

I heard several awesome quotes throughout Spider-Man: Far From Home. You can spot one from Aunt May in some of the promotional videos, “You can dodge bullets, but not bananas?” Another comes from Happy Hogan as he reminds Peter that it’s not okay to ghost Nick Fury… and why. As you watch the movie, pay attention to some unexpected one-liners that you’ll likely hear again in the future. 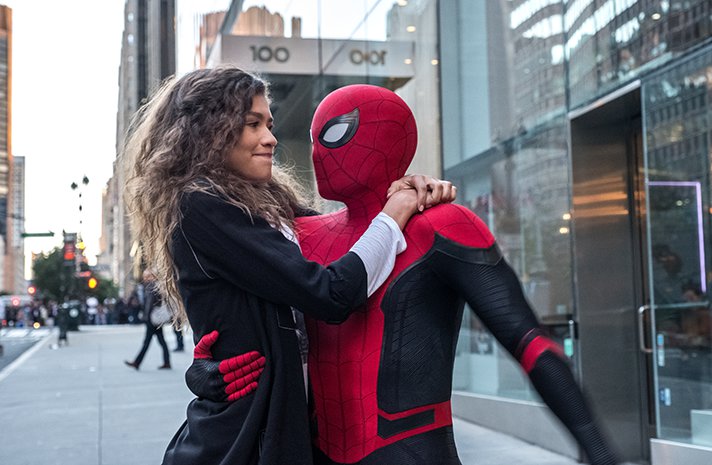 Scenes After the Credits

For the love of all things Marvel, don’t leave early. There’s an important mid-credit scene, as well as a final scene AFTER the entire set of credits has rolled by. Yes, I know time is precious and you’re anxious to get to the restroom or beat the rush out of the parking lot, but really… you’ve hopefully seen enough Marvel movies to know you shouldn’t leave until the screen is turned off and the lights in the theater turned on.

There is one thing you won’t see… Despite the hope that there would be some kind of digital tribute to Stan Lee in the movie, we didn’t spot one. Considering that Spider-Man was so integral to the success of his career, it was discouraging that either there wasn’t a cameo or if there was, it wasn’t blatant enough for us to notice. Since it was a Columbia Pictures / Sony Pictures Entertainment production, it wasn’t expected but certainly we hoped. If you saw the movie and spotted reference to Stan Lee, please let us know!

I went into the movie expecting it to be a letdown because how do you follow an amazing movie like Avengers: Endgame? Fortunately, I was wrong… it was awesome and definitely on the top of the list of movies to see in July. We’ll probably see it again to pick up on all the little details we missed the first time around.

How do you feel about Jake Gyllenhaal becoming part of the Marvel Cinematic Universe?