Last week I mentioned how we were excited to find a couple games at our Goodwill that had interesting components. Split has cards that have a unique design on them – a half card version of the main card shown! Because of the low price, we took a gamble on them just to learn about the games. Our reaction to Split was that it was an interesting take on Rummy, but the card design was not instrumental to the game play.

This week we’re taking a look at the other game we bought on the same day – Doublecross by Global Games. Advertised as “A Domino Lover’s Dilemma”, it appeared to take a regular game of Dominoes and tried to make it 50% better by adding a third section to each tile. Again, we took a chance on it solely to see how they implemented this change. 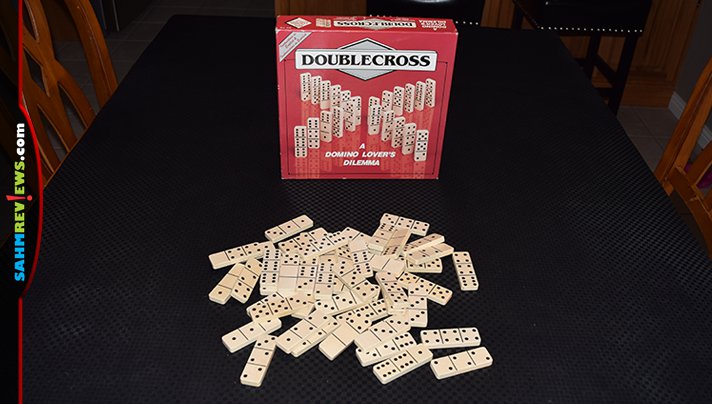 A game of Doublecross is played in a similar manner to the original where you begin with a certain number of tiles in your personal pool depending upon the number of players (in this case, nine) and the rest being available in a face-down draw pile. On your turn you will place a domino to the play area, matching up numbers with ones already on the board. If you cannot, draw one from the pile and the next player takes their turn. 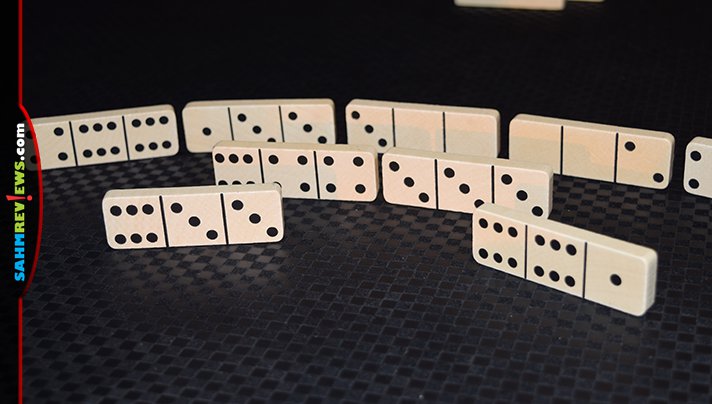 Each time a domino is played, there is the potential for scoring. This is where the game gets a little tedious. Tiles can be laid in any direction, not just in a line. Bonus scoring is awarded for creating certain matching shapes. For instance, when you match sections of your tile to create a 2×2 square of matching numbers, this is called a “Quad” and immediately scores the total number of pips in the four sections. 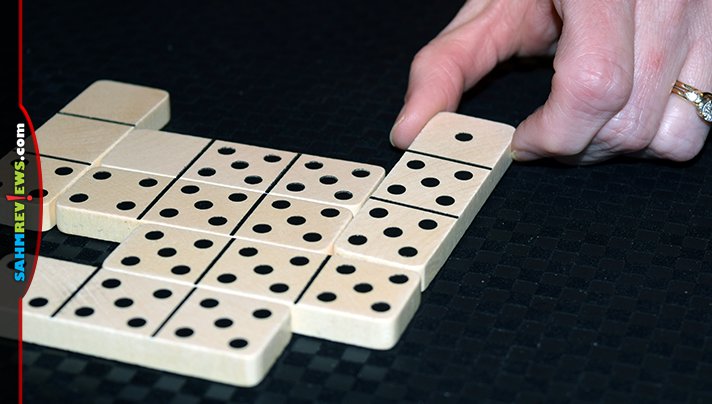 Two newly-created Quads that are side-by-side makes a “Double Quad”. Placing a tile that connects the ends of two existing tiles forms a “Bridge”, while a “T-Bridge” is made when you use the middle section of your tile to make the connection. As before, just add up the number of pips used to make the shape and add it to your score. 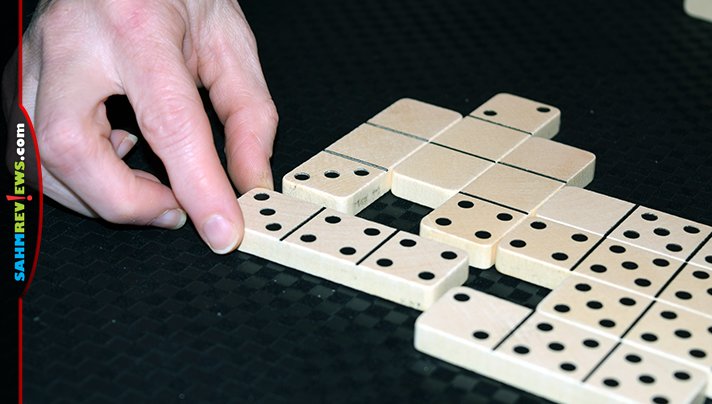 Then there are weird things that are much harder to form (and understand). A “Double Score” happens when a player matches a tile that forms one quad and two additional sections. (We still don’t quite get what that means). A “Triple Score” occurs only when a tile is placed parallel to an existing pattern and all three sections match. This has the potential of scoring you a LOT of points! 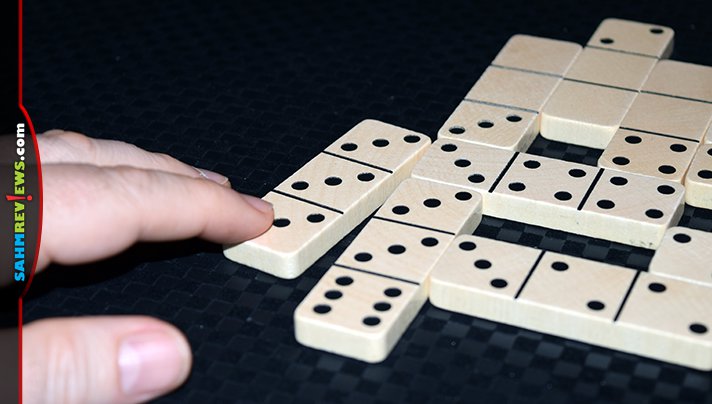 Lastly, there is the very-rare Doublecross. This happens when you use one of the triple tiles (all ones, twos, etc.) to match an existing pattern, creating a block of six matching numbers. Just like the Double Score, you get to add up all the pips in six squares! 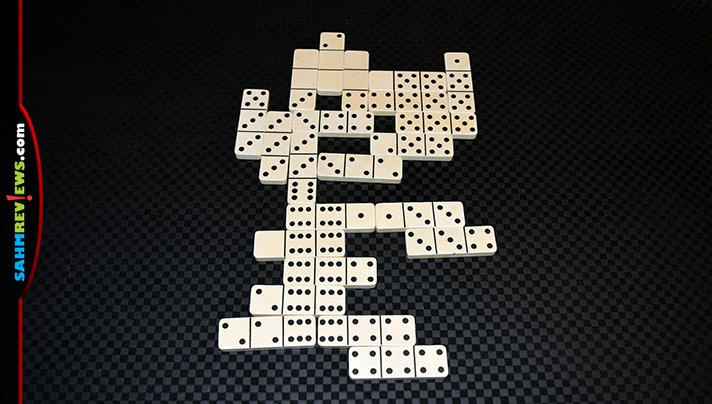 A round of Doublecross ends when one player plays their last tile. The person who went out receives points for all the pips on the tiles in their opponent’s pool. Another round is started in the same manner and once a person (or team) earns more than 500 points, they are declared the overall winner!

Not to be confused with similarly-named word games, Doublecross appears to be quite difficult to locate. There are none advertised for sale on BoardGameGeek, nor could we find any examples on eBay. Certainly worth picking up for a couple bucks just to experience the three-numbered dominoes, but don’t pay collector’s price. The game play just isn’t worth much more than that and the rule book is very incomplete.