This week, and next week for that matter, our Thrift Treasure series is about a couple games that we bought knowing absolutely nothing about them. Our attraction was solely due to the interesting design variations of standard game components. We were hopeful that they’d also be fun along with unique.

When we picked up Split by Parker Brothers off the shelf, at first we thought it was just a regular card game utilizing two decks of cards instead of one. And it kindof is, but it is the design on the cards that adds a twist to what otherwise might just be a variation of Rummy. 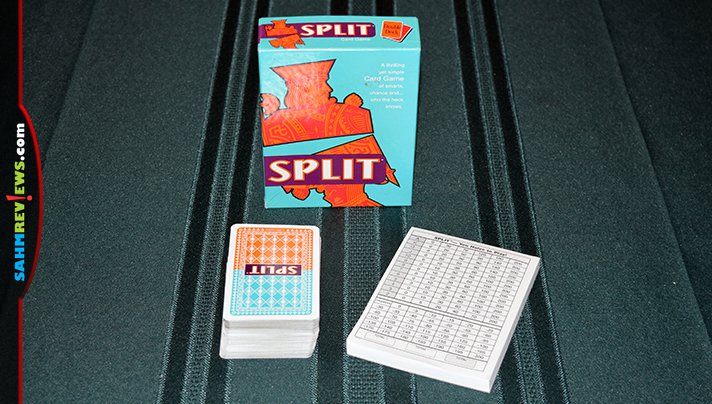 The game setup is pretty standard. Shuffle the deck and deal all players (up to six) nine cards each. Instead of trying to make straights, flushes, etc. as in Rummy, in Split you’re using standard-ish playing cards that also depict an additional half card used to make special pairs. 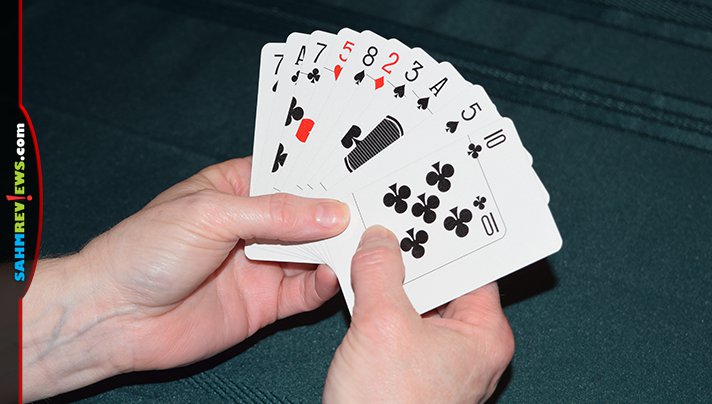 On your turn you will draw one card and ultimately discard one. Instead of drawing, you may elect to take cards from the discard row. You can take as many as you like, but must be able to play the bottom-most card immediately, with the rest being returned to your hand. During your turn you may play any matches you have made to the table in front of you. Each time you play a set you will be rewarded with a bonus action depending upon the type of match you played.

A pair of matching numbered cards whose suits also match is called a “perfect match”. If they are of the same colored suit, they are considered a “strong match”. One black and one red suit of the same number is a “weak match”. If playing a match to the table on your turn, simply remove them from your hand and lay them down. You can also upgrade one of your own (or an opponent’s) match by playing one card that converts a match from weak to strong or perfect or from strong to perfect (perfect matches cannot be upgraded). When this occurs, take the matching card from your opponent (or on the table in front of you) and pair it up with your newly-played card. The other unused card is returned to the original owner’s hand. 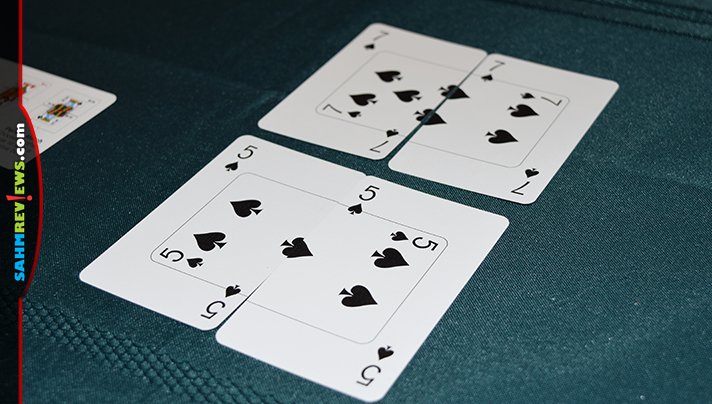 After playing a perfect match, choose another player and have them fill in one of their negative boxes on their score sheet. If a strong match was played, you may elect to draw an additional card from the pile. Playing a weak match allows you to trade any one of your played matches with another player for a match of the same type (perfect for perfect, etc.). You may wish to do this if you can grab a match that will increase your scoring at the end of the game.

When the last card is drawn from the pile or a player completely runs out of cards by discarding their last one, a round of Split ends immediately. All players fill in their score sheets for each match they have in front of them and add to their negative score area for any cards left in their hands. Split is played over three rounds in the exact same manner with the player having the highest total score at the end of the game being declared the overall winner! 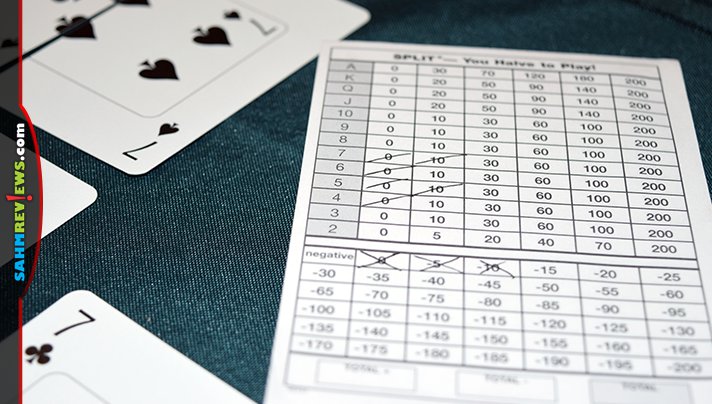 In and of itself, Split is a very interesting take on the game of Rummy. The card design, while unique, didn’t add anything spectacular to the game play. The game could be played in the same way with any two standard decks of cards since the card halves were merely a representation of the full card’s value and suit. What would have been more interesting would be a game where the half-card added a different strategy or “free card” when building a standard Rummy hand.

The design does make for an interesting conversation piece and worth a couple bucks if you find a copy at thrift or a local yard sale. There are also a handful of examples on eBay if you’re in the buy-it-now kind of mood!

Is Rummy one of your favorite card games?