I have fond memories of playing card games with my parents. They taught me most of the classics – Rummy, Hearts and yes, even Poker. In fact, we played a number of poker variations. I recall playing 5-card draw, 7-card draw and 5-card stud. There were probably more, but until I see the rules I probably won’t recall them.

For unknown reasons, we really haven’t played these types of games with our daughters. It’s not because we have anything against gambling, especially when using pennies or M&M’s. I guess it’s because we’ve found so many other modern games to play that we rarely pull out a regular deck of cards. It wasn’t until Nicole spotted a copy of The Racing Horse Game at our Goodwill that family memories came flooding back to her! 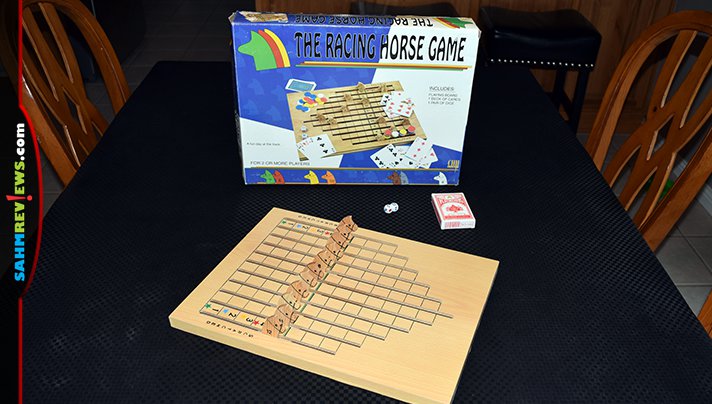 She remembered the game from long ago and was recently reminded of it when she saw a cousin post a photo on Facebook of her playing the game with her grandchildren. And then spotting it at thrift just a couple weeks later?! It seemed to be destined to be in our shopping cart! It would be the first true gambling game we would play with the girls! 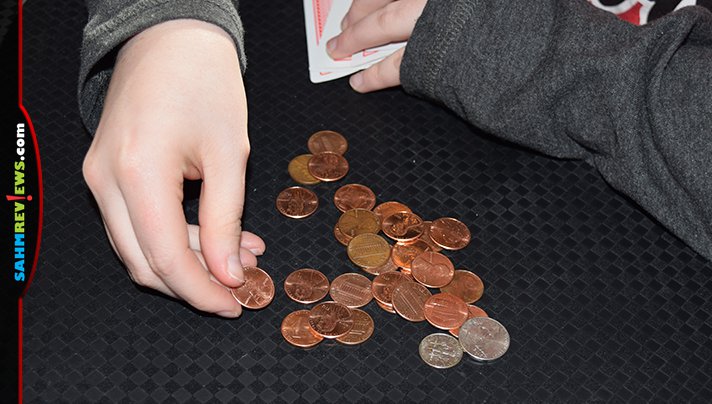 We raiding the change jar and each began with 50 cents. In the box is a wooden board with horses, a standard deck of playing card and two dice. All of the horses are moved forward to the starting line and the entire deck of cards (minus the Aces, Kings and Jokers) are dealt out to however many people are competing. The Racing Horse Game advertises support for 2+ players, but we feel the sweet spot is somewhere in the 4-10 range (grab a second deck of cards if playing with more than seven). 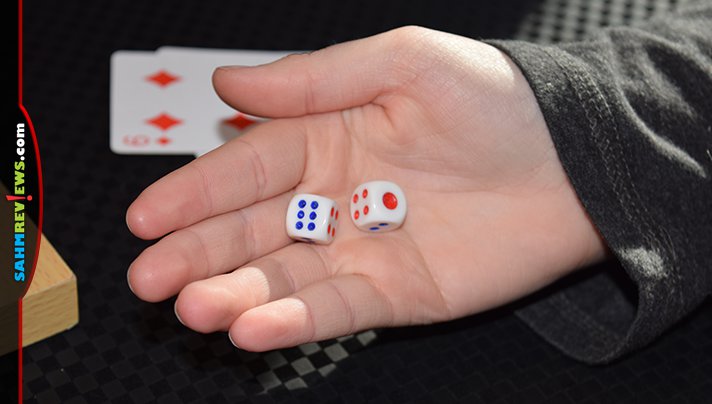 The dice are rolled once and the matching horse (sum of the two dice) is moved backwards to space #1 and scratches for the race (will not compete). Any players holding playing cards of that same number must play them from their hand and pay one cent to the pool for each card. The dice are rolled again, this time the horse moves to space #2. Players again remove matching cards from their hand, but this time pay two cents each! This is repeated until four horses are scratched for the race, filling up all four spots. 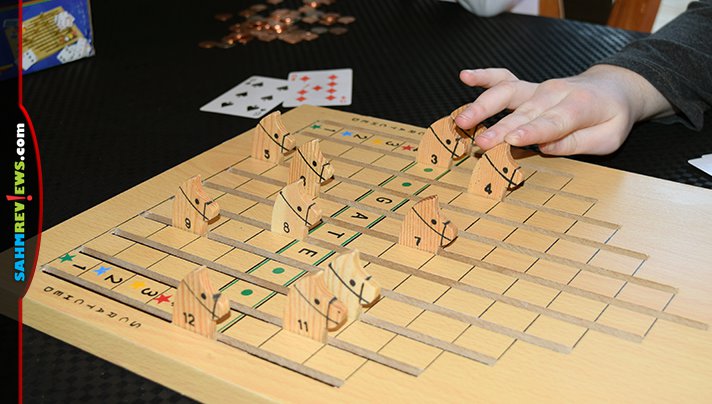 Players will now take turns rolling the dice attempting to move horses forward. A valid roll will move the matching horse forward one space. If you roll one of the scratched horse’s numbers, you must pay pennies to the pool matching the space they occupy. Taking turns in clockwise order, each person rolls the dice and either moves the horse forward or pays the fee. 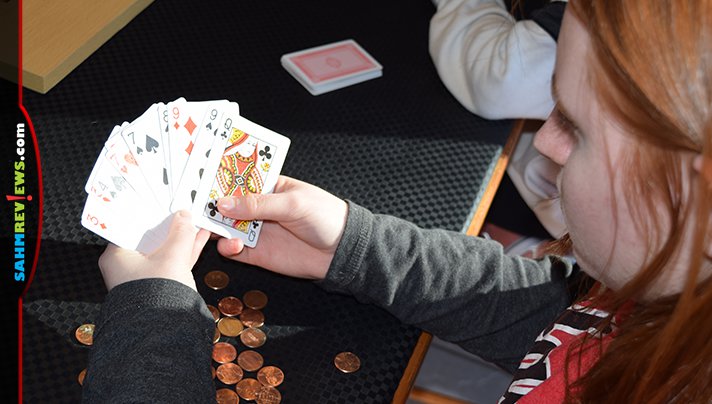 Once a horse reaches the end of its run (more common numbers must travel further), the race is over. Anyone who has that number card in their hand (11’s are Jacks and 12’s are Queens) gets a piece of the pool! Anyone who was unlucky enough to have zero of the matching cards in their hand must pay a penny for each one. There should be four or eight matching cards, depending upon if you played with one or two decks of cards. The pot is divided four ways when one deck of cards is used and eight ways when playing with more than seven players! 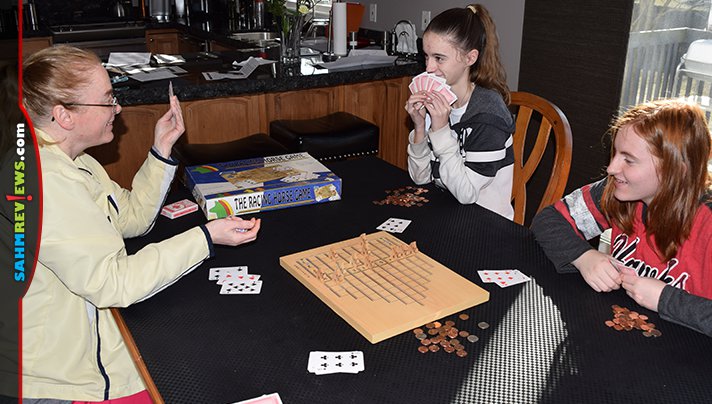 The Racing Horse Game turned out to be an extremely fun gambling game where no players had an advantage. In poker you get better with experience, but this game is pure luck. You have to be dealt the correct cards and then follow up with some lucky rolls! We can see why it’s been a favorite of Nicole’s relatives for such a long time! 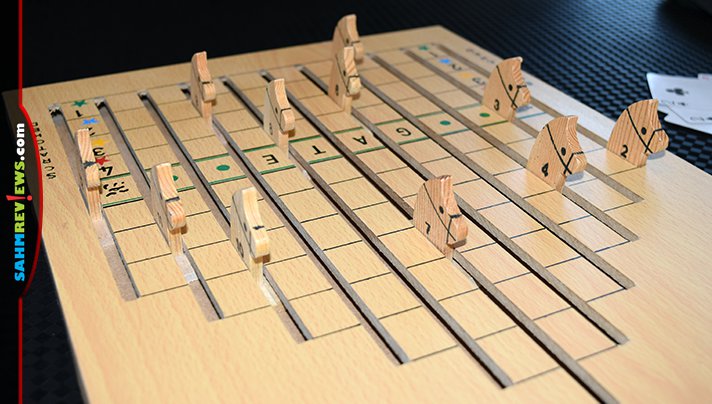 Copies of The Racing Horse Game are extremely affordable, considering they’re made from wood. You can find them on Amazon for around $20 new or at specialty gift retailers nationwide. It’s also a good one to look out for at yard sales for a couple bucks!

Have you ever played The Racing Horse Game?