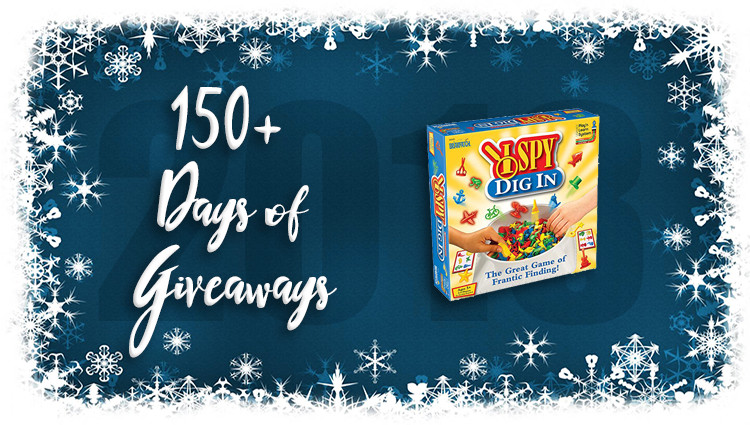 I Spy: Dig In Game Giveaway

Long before we became fascinated by strategy games, the girls and I used to sit down and play games that I received in my early days of blogging. I have fond memories of so many, but for some reason an I Spy game pops up in my memories a lot. Since that time, we’ve discovered many games for younger kids and it should come as no surprise that there’s an I Spy game on the list.

While I Spy Dig In from Briarpatch isn’t the same game we played when my girls were little, it has a lot of the same concepts. If you would like to add this game to your game shelf, copies are under $15 on Amazon. Of course, winning a copy right here is an even sweeter deal!

16 comments on «I Spy: Dig In Game Giveaway»