I’m sure there aren’t many people that haven’t ever played a game of Farkle. The Yahtzee-alternative, Farkle is a dice-rolling game where you must score points on each roll of the dice. Once you roll and get nothing, you “Farkle” and the turn passes to the next player. There are only a handful of scoring combinations, so you get used to hearing “Farkle” quite often.

We’ve enjoyed Farkle on more occasions than we can count and thought we knew about all the versions of Farkle available. So we were certainly surprised to come across a copy of Farkle Around at our Goodwill this week! Not only had we never seen this title before, it instantly reminded us a lot of one of our favorite dice-rolling party games, Roll for It. In fact, if you combined Farkle with Roll for It, you’d end up with Farkle Around! 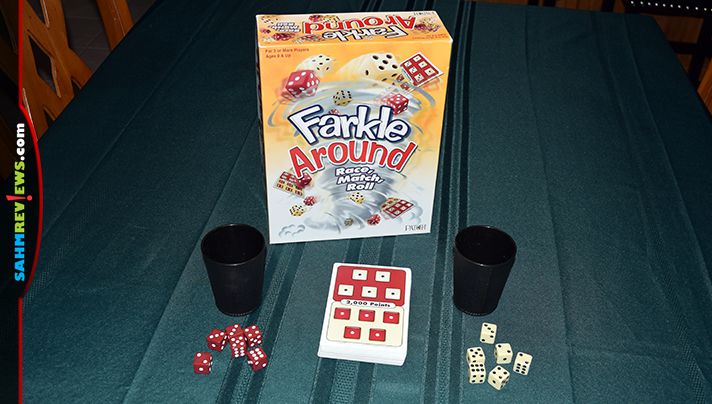 Advertised for 2+ players, Farkle Around is best played will a full table ot 4-8 participants. Included in the box are two sets of colored dice. One set is given to the youngest player, the other to the oldest to begin the game. The deck of 55 oversized double-sided cards are shuffled and placed in the center of the play area. That’s all there is to setup – you’re now ready to play Farkle Around! 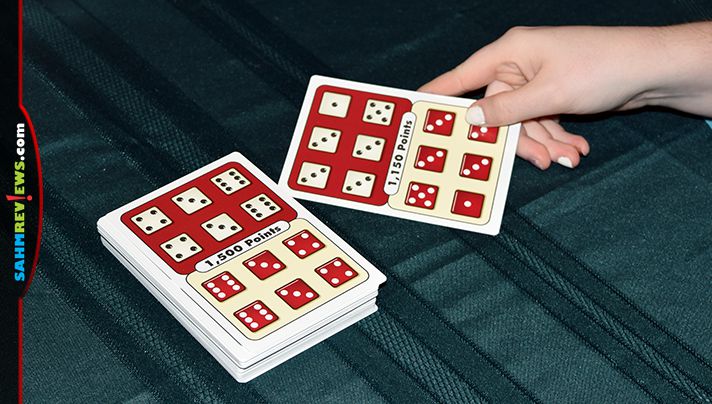 Unlike Farkle, you don’t even have to remember the scoring patterns in Farkle Around. Instead of a handful of valid results, the only thing you’re concerned about is rolling what is on the active card. At the start of the game, one card is flipped over, revealing patterns that must be attained by both sets of dice. 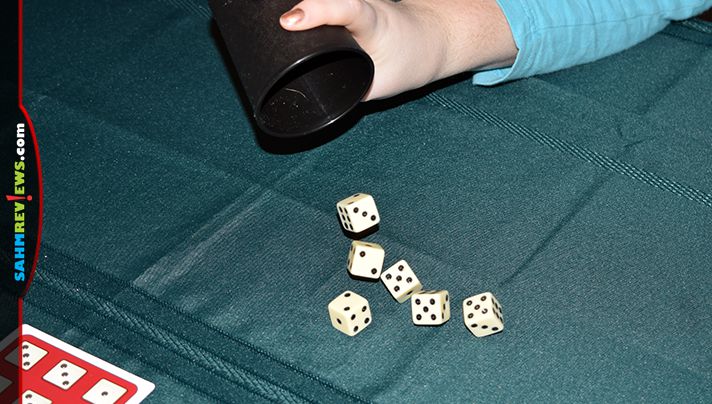 The two players with dice begin rolling, putting any matching results on the card in the proper location. Only the ivory dice can match the ivory spots on the card – same for the maroon red dice. As long as the active player(s) can match at least one die on the card, they may roll the rest of the dice again. Once they cannot, they “Farkle”, and must pass their turn to the person on their left. That player begins rolling right away! 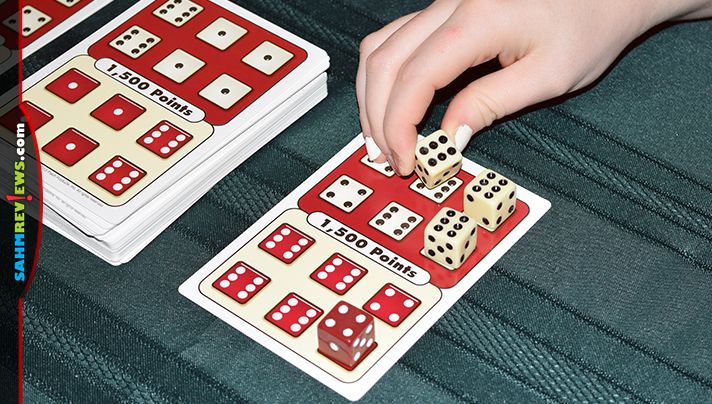 They are also trying to roll a successful result that they can add to the card. Once the last die is placed on the card, the person who submitted the final die is awarded all of the points listed on the card. If two players tie (roll a needed die at the same time), then they both get the full point value! The first player to amass a total of 10,000 points or more is the winner of Farkle Around! 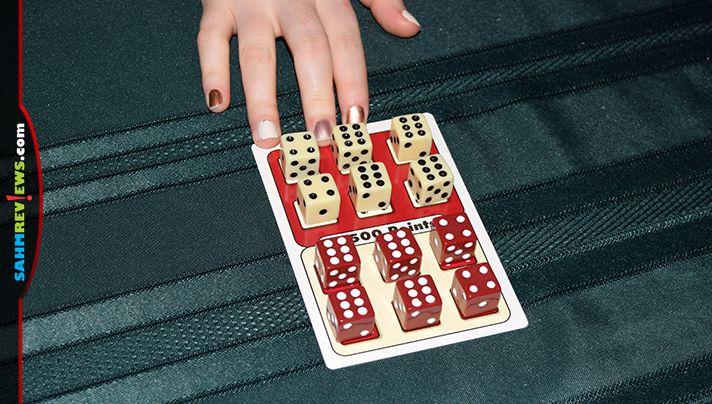 A fun step-up from Yahtzee, Farkle Around is turning out to be quite difficult to find. Originally sold at big box retailers like Walmart and Nordstrom, there are currently no copies on Amazon or eBay. Keep an eye on the shelves at your local thrift store and maybe you’ll score a copy!

Have you ever played Farkle?

7 thoughts on “Thrift Treasure: Farkle Around”