What’s the first thing that comes to mind when you hear, “Henry the 8th” (Henry VIII)? There are two things that I immediately think of. First, I start singing the lyrics to Herman Hermit’s “I’m Henry the eighth I am” song. C’mon, you have to admit that’s what runs through your head too! Second, I associate him with the beheading of Queen Anne. Until recently, I knew very little about the King himself or the House of Tudor. I simply had no interest in it because history has always been my least favorite subject.

Yes, I’ve mentioned before that history was never my strong suit in school. Historical films and games about history such as The Manhattan Project and 1775 Rebellion have sparked an interest for me though. Now Tudor from Academy Games has me surfing the internet to research Henry VIII. While the game isn’t as thematic at their Birth of America series, it has enough information to have won me over! In Tudor, players are working their way up the ranks of the Royal Court with the hope of attaining one of the top offices.

The game consists of some traditional components (cards, influence tokens and meeples) along with some more unique components (hand-shaped privacy screen and rings). Each player takes one of the hands along with 14 Courtier figures, 1 Lord figure and a scoring token in the same color. We opted to play with the upgraded miniatures instead of the standard meeples found in the base game. The board is populated with scoring objectives, faction cards, faction tokens, influence tokens and intrigue tokens as noted in the instructions. The number of rounds vary based on the Scenario card selected and are tracked using portraits of the wives of King Henry VIII. Each player begins the game with two rings of their choice which are placed onto their player screen in aadition to one faction card to match each ring selected. 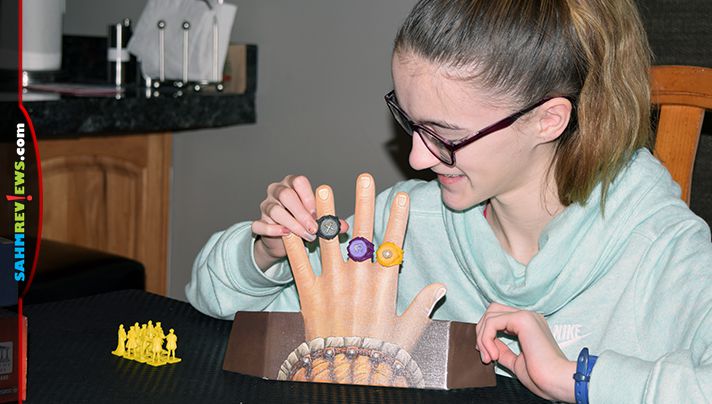 I’ll explain the board and the movement process in a minute, but I want to talk about the hand first because (let’s be honest) it’s probably what made you interested in learning more about this game in the first place. Each Privilege Ring represents a faction and allows you to take actions and draw faction cards based on which you own. 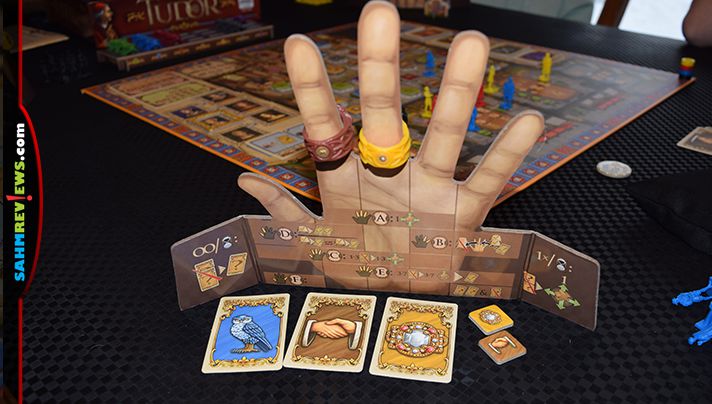 What’s interesting is that bonuses are built into the game based on which fingers you opted to place the rings! As an example, one of the regular actions allows you to move 1-2 spaces vertical in the Throne Room but proper ring placement not only will allow you to move up to 3 spaces, but it also allows you to move horizontally as well. They’re all displayed on the back of your privacy screen to make it easy to remember what each combination does. 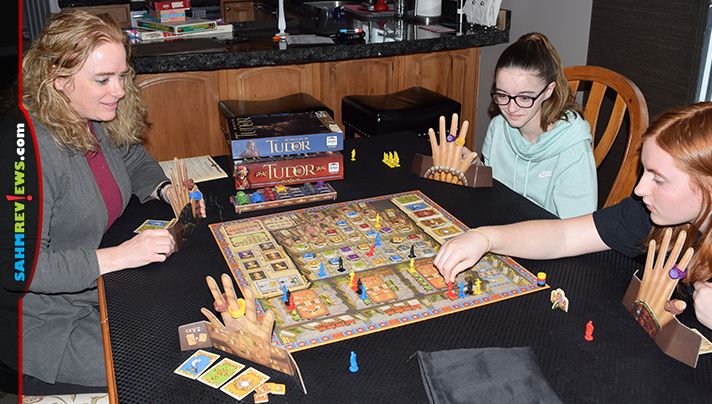 The number of Courtiers you place in phase one of each round will vary based on the number of players and the Scenario Card selected. On your turn, you’ll place one of your Courtiers on the bench to go into one of the Audience Chambers. Which one you select depends on what type of action you wish to take. 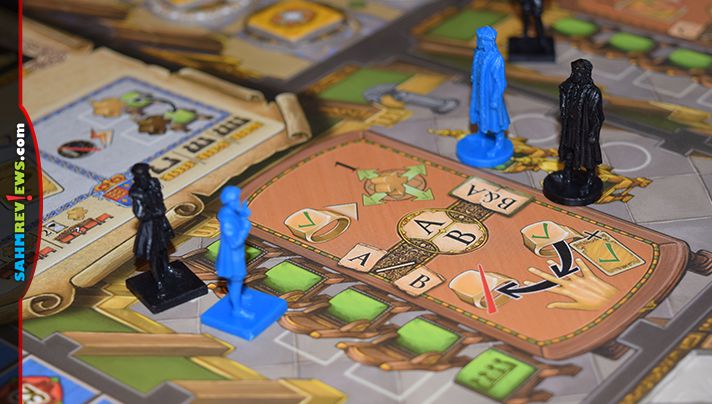 Each of the three different Audience Chambers gives you the option of two different actions. Some allow you to move spaces based on the rings or Faction Cards you own while others allow you to draw additional Faction Cards or swap out the Privilege Rings you own. In Phase 2, you’ll move your Courtiers into the Chambers. If all the seats are taken when you enter a room then the Courtier in the topmost seat is displaced and returned to the player. Thematically, you can only gain prestige if there’s someone to impress and that is translated into the game through Phase 3, Lord Placement. In each of the Audience Chambers, Courtiers are only able to take those actions if a Lord is present in the room. In turn order, players take turns placing their Lord figure that is placed into one of the rooms. The Lord is able to take both actions in that room while all the Courtiers present (including those of the Lord) are able to select a single action. 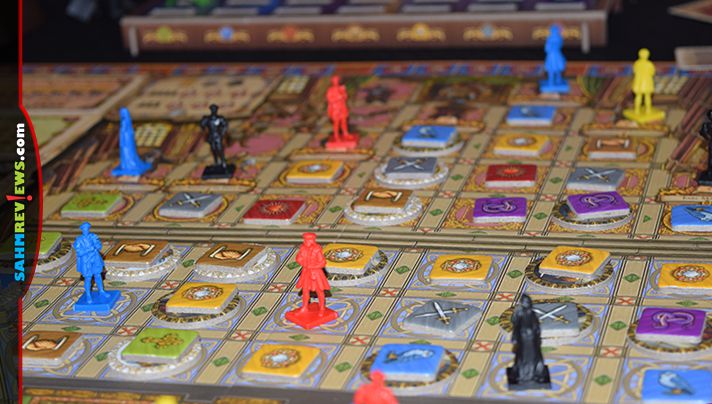 No matter what action you take, you’ll take a Courtier from your supply or move one already in the Throne Room. You’ll need to discard the Faction Cards to move your Courtiers within the walls of the Throne Room. You’re able to pass by other Courtiers and also disgrace a currently seated Officer. There are two keys to being able to move. You need to have a ring or card that matches the faction token AND you need to have a Courtier in a room that has a Lord present. 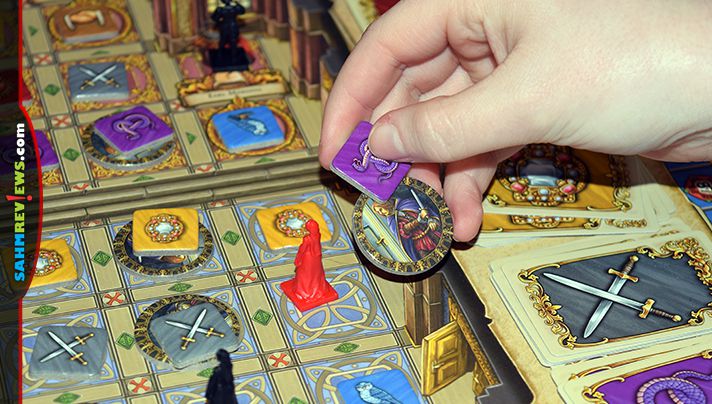 Tudor board game is designed for up to four players and can be played by younger kids if a parent is available to explain the rules. The base game comes with standard meeples but you can upgrade your experience with special miniatures. If you’re ready to make your way into the House of Tudor, you can preorder direct from Academy Games or check for copies of Tudor on Amazon. Visit their social channels (Twitter and Facebook) for information on what other titles they’re hoping to earn prestige for!

What do you know about Henry VIII?