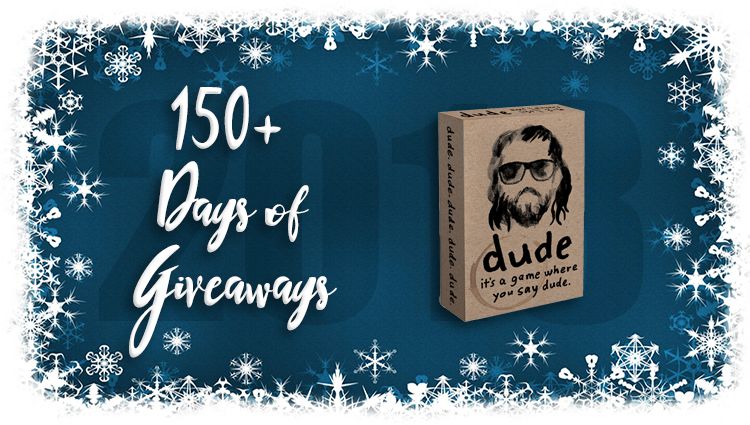 Even though we lived in California for a decade, I never really considered myself a California girl. People there said I had a Midwest accent which was strange because I never knew there was such a thing. What was even more surprising was the comment a cousin made to me on one of my first trips back home. He said I used the word “Dude” a lot. That dude didn’t know what he was talking about.

Here we are two decades later and we’re still impacted by the word. This time it’s the name of a game we featured in our guide to party games this past holiday season. Dude from North Star Games will have you saying dude in more ways than you could ever expect to during the course of one game. Hey, dude. Ready to enter to win a copy?