I’m not too proud to pat myself on the back when I know I’m being a good parent. Scott and I teach the girls to be good people who are caring and compassionate. We educate them on mobile phone etiquette and rules of the road. Of course, we show them ways to have fun while learning. There are opportunities for life lessons around every corner. As an example, Scott is currently utilizing football season as a teaching tool. No, he isn’t teaching them what a touchdown or safety is or even the various positions on the field. That was a task for prior years. He’s totally outdone himself this time.

He’s teaching the girls about the betting line.

Yes, you read that correctly. Scott has been explaining Vegas odds – the over/under – how a team can win (or lose) and still lose (or win) a bet. Parenting win, right? They’re in high school and will have to take statistics so having a practical reference might help them learn. Learning about odds has plenty of use in the real world. We discovered it helps them with board games such as Cursed Court from Atlas Games.

In Cursed Court, you’re working with hidden and secret information to determine which members of nobility will be revealed over the course of three years. You may be wondering how I’m comparing it to the latest life lessons. Simple. As nobility is gradually revealed, players place wagers on which they think will pay off. It took no time for the girls to figure out the odds as well as how much they needed to wager to lock us out of a sure thing. 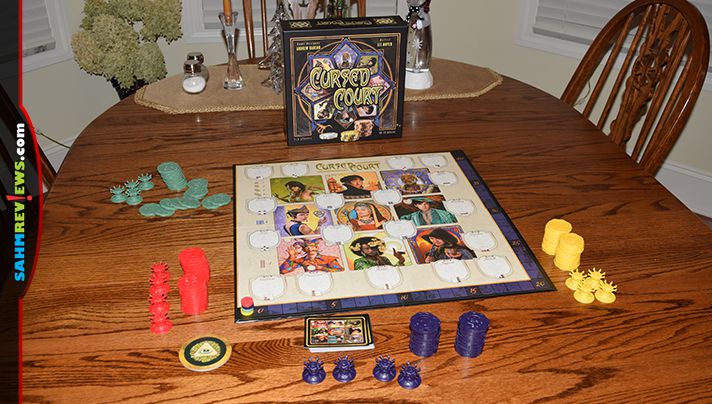 You can play a game of Cursed Court with as few as 3 people, but the game certainly shines when more players are added, preferably the full compliment of 6. Each player selects a color then takes the associated Influence Coins and Wagering Crowns. Place the board in the center of the table then shuffle the Noble Cards. Shuffle the 36 Noble cards (4 of each noble represented on the board) to form a deck. Deal one card between each of the players. The player on either side of each card will share the information relating to that noble. 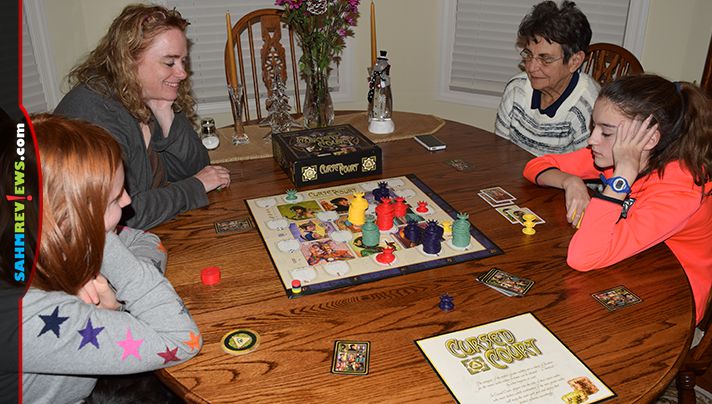 Let’s step back and discuss an overview of the board and play area. Cursed Court is played over three years (rounds) that are made up of four seasons. If you view the board somewhat like a roulette table, you’ll see that various spaces are betting locations associated with various locations on the board. You’ll be betting on whether you think a particular noble will be part of that year’s court process. 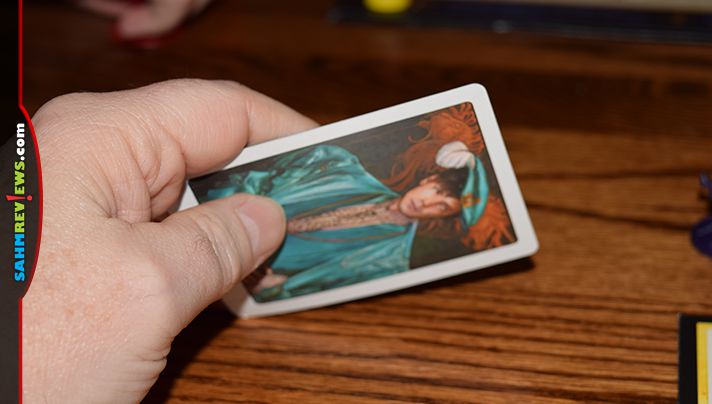 At the beginning of each season, a Noble card is revealed as public information. These cards are placed to the side of the board in a grid corresponding with the nobles on the board. Beginning with the first player, you’ll place a wager. When you begin the game, you already know the one on either side of you so betting on those individuals is a sure thing. Unfortunately, if you go right for that person, it also clues others in to the same information. Players take turns until everyone has placed one crown on the board. 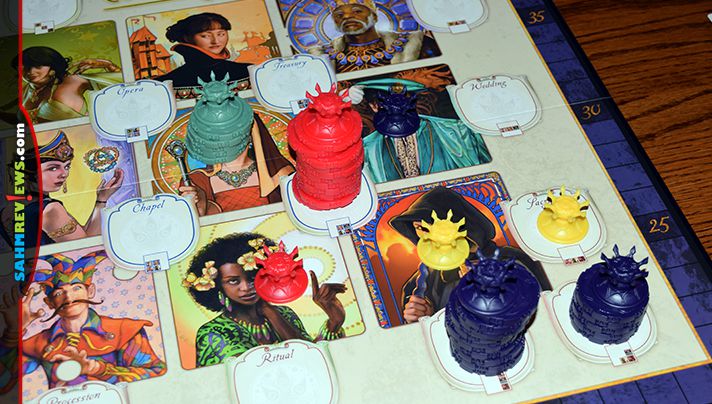 If someone is already in a space you wish to occupy, you must double their bet in order to claim the space. Note that you only have 20 Influence coins available so you have to be careful how you spend them. If someone bumps you, you’ll get all your coins back for use on another wager. After everyone has placed a bet, the next season begins. Another Noble card is made public and betting resumes. You’ll be using deductive reasoning to try to determine the cards hidden between other players while at the same time going long in hopes that a particular Noble will turn up at the beginning of a season. 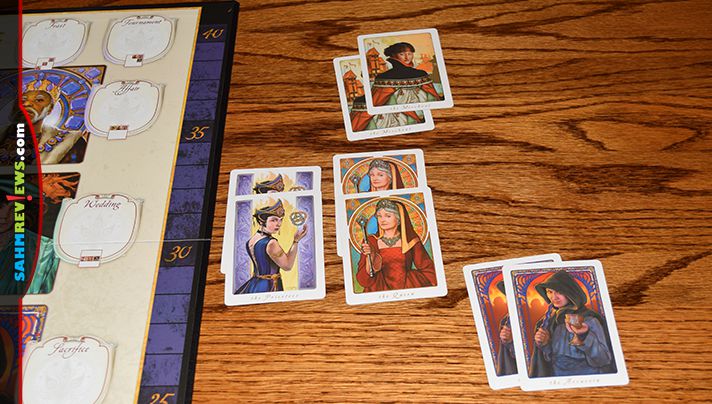 After all four seasons have passed, the shared (hidden) Nobles are revealed and placed into the tableau along with the public cards. The board is evaluated for accuracy and any spaces that have not fulfilled the requirements are cleared. Those crowns and Influence coins are returned to their respective players. All spaces that are correct will pay out in victory points. You’ll earn points based on the number of cards revealed for your betting location. For example, if you selected the bottom row – and all three had at least one card revealed – then you’ll earn three points. If you selected a particular noble and multiple cards were revealed, you earn a multiplier of points based on the payout chart. 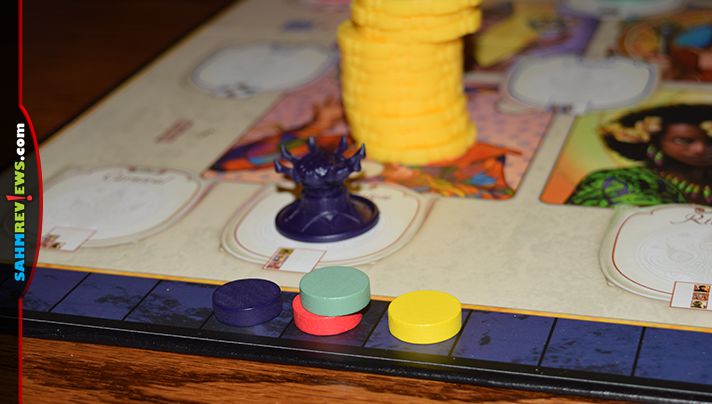 The deck is reshuffled, players recover all their Influence tokens and Betting Crowns and the process is repeated until three years (12 seasons in total) have passed. The player with the most points after three years is declared the winner.

Perhaps now you can see how the football betting lessons paid off (pun intended) while playing Cursed Court. While it seems like a simple betting game, you’ll need some powers of observation to try to determine the cards that are not public information. You’ll also need to weigh the importance of bluffing to possibly lure another player into burning their chips on a potentially worthless space.

Copies of Cursed Court are available on Amazon, but I encourage you to watch for it to go on sale. While it’s a fun game with quality components, I think you’ll get more bang for your buck with their Witches of the Revolution title. Visit Atlas Games to see a number of other quality titles that range in price. If you want information on new releases, we wager they’ll be sharing information on Twitter and Facebook.

Are you good at deciphering what other players may know that you don’t?