Usually when we find a card game at thrift, they are a variation of a classic game where you either try to win tricks or be the first to get rid of all of the cards in your hand. They’re still fun and have their own twists to the rules, but if you dig deeper you’ll discover that not much new has been brought to the table. And we’re fine with that since we typically only pay a buck or two for our used copy.

This week we came across Quests of the Round Table by Gamewright at our Goodwill. This little gem was published more than two decades ago (1995)! And while it is still a card game at heart, there is a lot more going on than just playing cards one at a time. You’re trying to earn rank to become a member of the Knights of the Round Table! 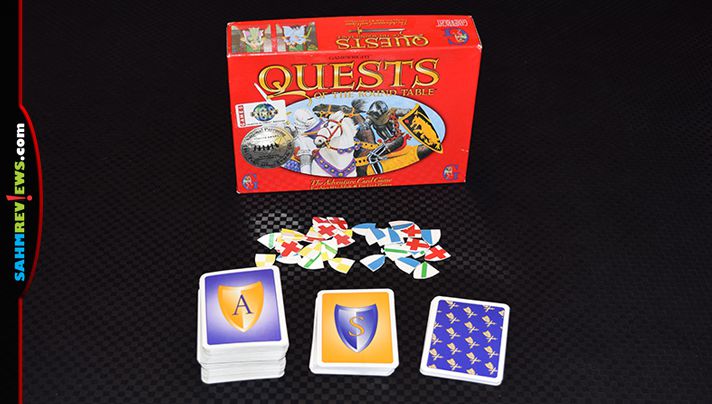 Each player is given a Squire card to place in front of them. This is your beginning rank and you must earn Shield tokens to be promoted to the next level. Shields are awarded by winning Tournaments and completing Quests. You’ll need five Shields to progress to Knight, seven more to become a Champion Knight and finally, ten Shields to be invited to the Round Table. 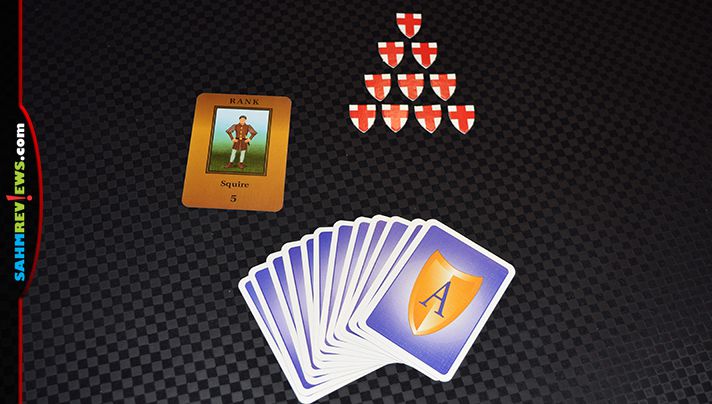 A deck of Story cards are shuffled and set in the middle of the play area. A larger deck of Adventure cards is also shuffled, with twelve cards being dealt to every Squire. At the beginning of each turn the active player turns over the top card of the Story deck to see what will happen on their turn. There are three different possible outcomes. 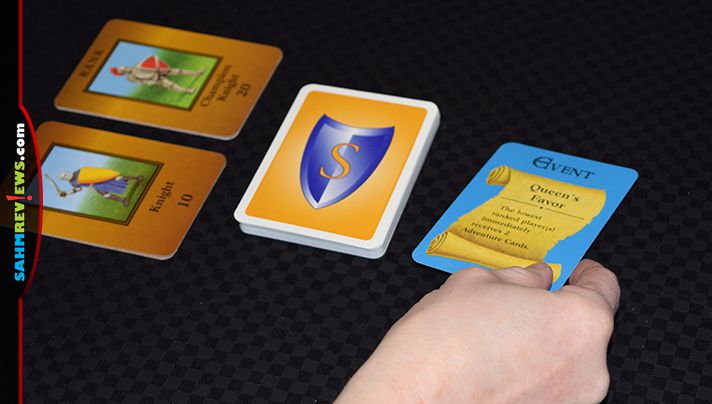 First, an Event card will throw chaos into the game by requiring immediate actions like discarding certain cards or awarding the lowest-ranked player additional cards. When an Event card is drawn, it is resolved immediately and once completed, that player’s turn ends. 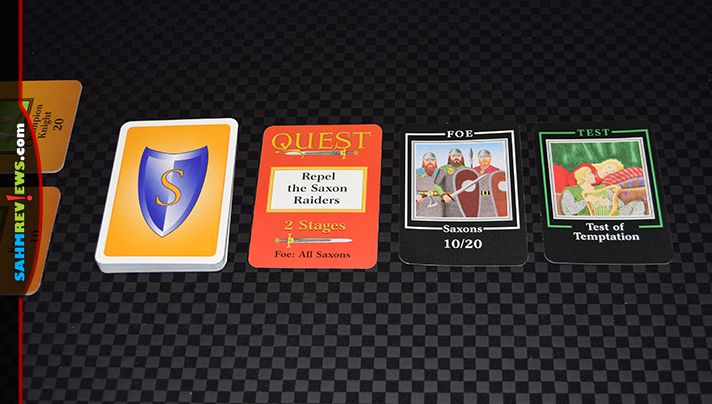 A Quest card sets up an upcoming quest that all players may elect to be a part of. The active player becomes the sponsor of the event, using cards from their hand to set up the quest. Each Quest card dictates how many stages the quest must contain and each stage may only have one Foe or Test card present. The active player may decide to add additional Weapon cards to a stage to make it more difficult for the other players, and each stage must be of increasing difficulty (determined by the listed Battle Points). 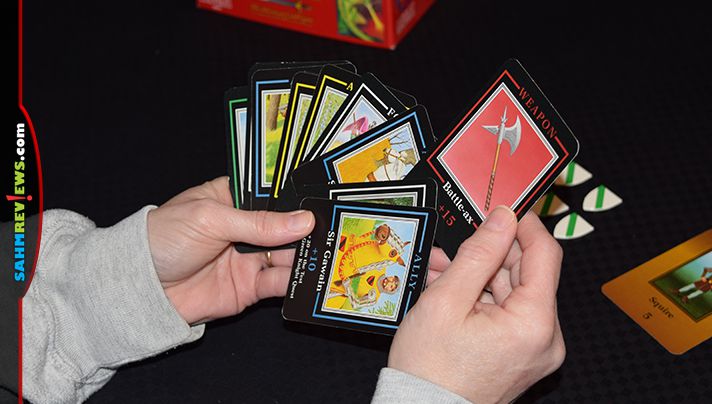 All other players then decide if they wish to participate in the quest and select cards from their hand to try to defeat the first stage. Once all cards are selected, cards are turned over and only the players with a score equal to or higher than the revealed card may proceed onto the next level. To determine your personal Battle Score, add the value of your current rank to any additional Weapon/Armor/etc. cards you play. Weapon cards are immediately discarded after the stage, while Armor cards are kept until the end of the quest.

The third card type that may be drawn is a Tournament card. This is a multiplayer version of War. All players who wish to participate choose cards from their hand to add to their rank value and reveal them at the same time. The player with the highest number of Battle Points wins the tournament and receives shields equal to the number of participants. 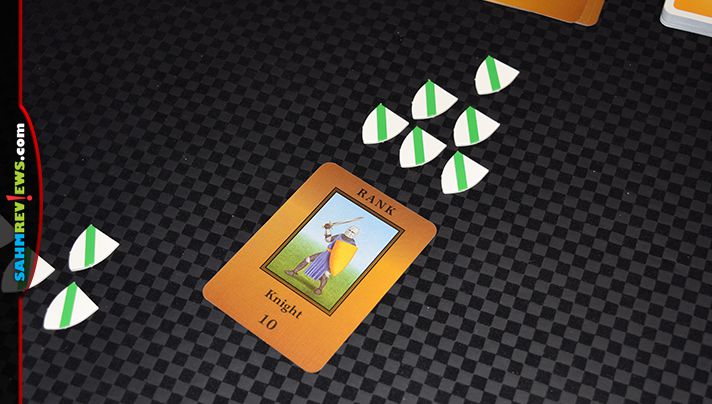 Quests of the Round Table was only published the one time back in 1995 and is not available at retail any longer. You will still find copies on eBay for around $20 shipped, but we would hold out for a lower price on this one. It’s an OK game, but not great, and you’ll probably only get a couple plays out of it before moving it to a shelf. That’s where our copy is headed.

Do you enjoy themed card games like Quests of the Round Table?

3 thoughts on “Thrift Treasure: Quests of the Round Table”