When I look back at board games from a few decades ago, I notice a trend that occurred. Whenever there was a successful game published, a number of smaller companies would pop up and issue their own take on the same game with a few improvements (in their mind). There is no lack of games that are nothing but a variation of UNO, Checkers, Chess or Yahtzee.

A perfect example is today’s Thrift Treasure find, Wordrop. The first thing you’ll recognize is the Connect 4 styled plastic board. Next you’ll see a bunch of blue tiles with letters on them, just like Scrabble. It appears that the publisher, QfreeGames, took the best part of those two classics and tried to mash them together into one title.

The plastic board is set between the two players with the tiles laid out within reach of both. Unlike Scrabble, tiles are not random and you may choose any one on your turn. The tile will be dropped into the board from the top and resting on the lowest available space in that column. 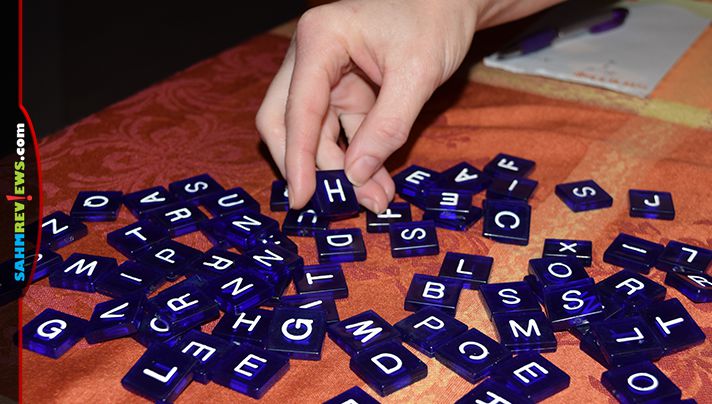 Players take turns dropping letters trying to spell words in any direction. They may read forwards, backwards, horizontally, vertically or diagonally. You will score one point for every word you create from the letter you just dropped. For instance, if you drop an “E” in between a “WH” and an “RE”, you will create “WHERE”, “HERE”, “HER”, “HE”, “EH”, “ERE”, “ERE”, “RE” AND “ER”.

Notice that “ERE” is listed twice. This is because palindromes (words that are the same spelled backwards and forwards) are scored for both directions! It is up to the active player to find the words they created and call them out for scoring. You may not score a word you created on a previous round if you find it later and only have until the other player drops their letter into the grid to claim words. 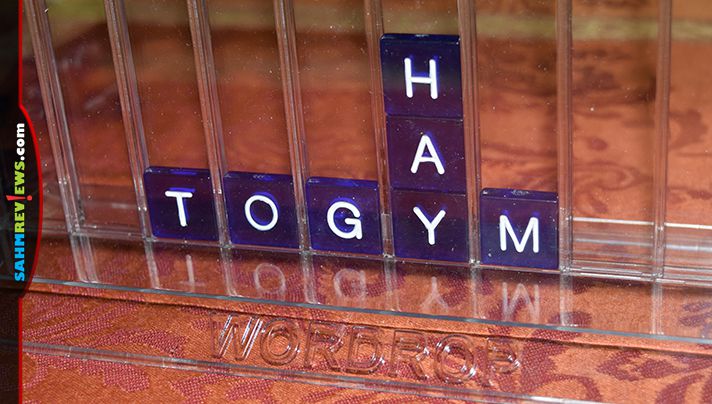 There are no time restrictions for your turn, so play may take a while if you’re always trying to find the best fit for a letter. Words must be in a dictionary and cannot be proper names or abbreviations. All scored words must use the last letter dropped, but you don’t have to make a word each time you take a turn. You may simply elect to drop a letter to block your opponent or set up higher scoring on subsequent turns. A game of Wordrop ends when a player reaches a predetermined total or the last tile is played! 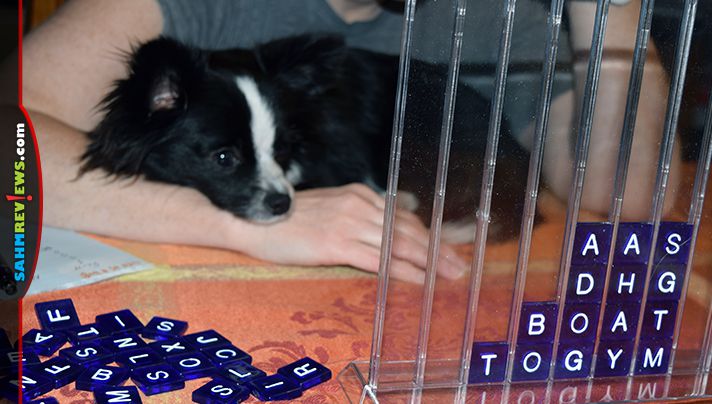 Wordrop is an interesting attempt at combining two popular games, with reasonable success. Because you don’t draw tiles (as in Scrabble), your play is solely determined by how effectively you can see the words (or potential words) in the grid. Because words can be formed in any direction, it does lead to rather long turns. With a few tweaks to the rulebook, Wordrop might be able to be made into a better game (how ironic).

You can still find new copies on Amazon, but the publisher’s website is no longer in existence. Maybe one will show up at your thrift store, and if so, is worth a buck or two if only for the plastic tiles. If you don’t enjoy the game, you could also use them in a craft project or as supplies for making your own game! Just try to come up with something new and not just a mashup of other people’s ideas.

Have you ever purchased a game because it was similar to one you already liked?