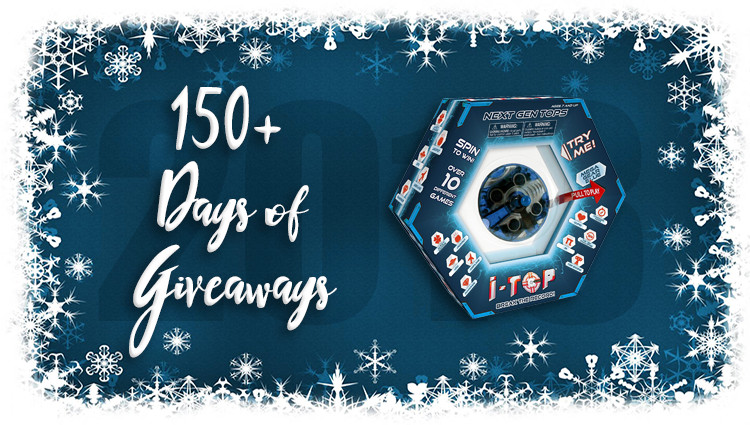 When I was a kid, we would jump rope, play jacks and spin tops (or quarters if we didn’t have a top around). There was something comforting about the simplicity of these activities while at the same time offering up a challenge. When my girls were little, I could never really get them interested in jumping rope (yes, I tried). I don’t think I ever tried to play jacks with them because our driveway is on an angle and I wasn’t keen on the idea of trying to chase down a bouncy ball. But I don’t recall ever seeing tops in the store. I figured it was a bygone time. This past year, we discovered that Goliath Games had reintroduced a top for the new generation. Complete with smart technology and a digital display, the i-Top bridges the game by bringing a simple toy into the new era.

And of course, we think it’s worth checking out which is why you’ll see it in an upcoming gift guide. When I first received one, I opened it up and was drawn to spinning it. Not once or twice, but multiple times. It’s more than just a toy to spin. There are challenges to unlock and ways to compete with friends, too! Think it sounds like fun? Give this giveaway a whirl!