Many times when we find a game at thrift it causes me to wonder how it got there. Case in point, this week’s Thrift Treasure find is Candy by German company, beleduc. This isn’t a game that was ever offered in the U.S. It also appears to only have ever been issued one time in 2005. How did it end up in Iowa at a Goodwill? 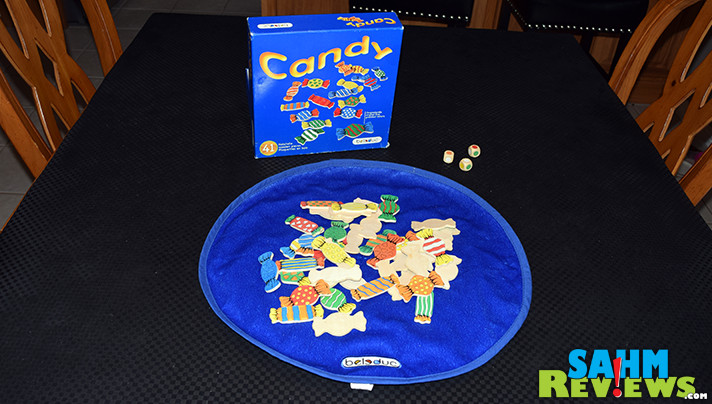 Here in the Quad Cities we are home to the Rock Island Arsenal. Originally established as both an arsenal and a center for the manufacture of leather accoutrements and field gear, today it provides manufacturing, logistics, and base support services for the Armed Forces. The Arsenal is the only active U.S. Army foundry, and manufactures ordnance and equipment, including artillery, gun mounts, recoil mechanisms, small arms, aircraft weapons sub-systems, grenade launchers, weapons simulators, and a host of associated components.

As with any military base, soldiers and officers are transferred in and out on a regular basis to fill positions throughout the Armed Forces. Germany is also a ripe area for transfer as we still maintain a number of military bases in that country. I have to imagine that our copy was originally obtained while a family was stationed overseas and donated here in the states now that their children have outgrown the game. 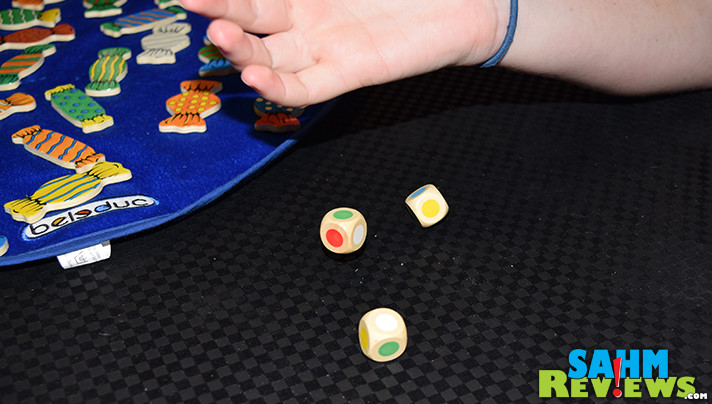 Inside the Candy box is a fabric “board”, three custom dice and 41 colored wooden pieces of candy. Each piece is different and has colors matching those seen on the dice. Setting up the game is simple – spread out the fabric playing area, mix up the candy pieces and randomly distribute them to the board, colored-side up. 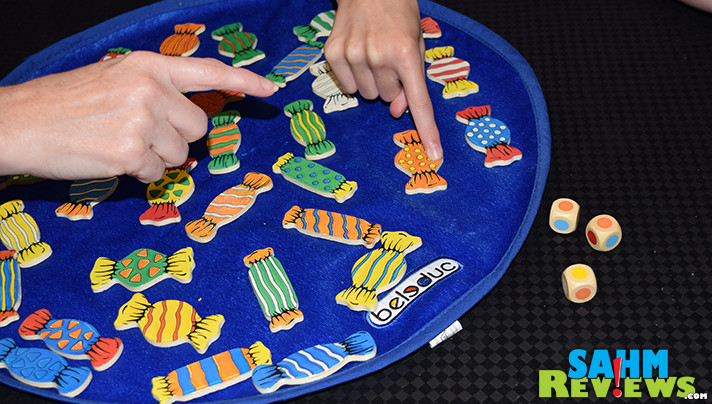 Candy is a speed game where everyone acts at the same time. The active player rolls all three dice, yielding a color combination result. Everyone rushes to find the sweet that matches the dice result. There is only one piece of candy that will match exactly, and the first player to spot it grabs it and adds it to their collection. The next player in order then takes the dice and rerolls them, starting the process over. 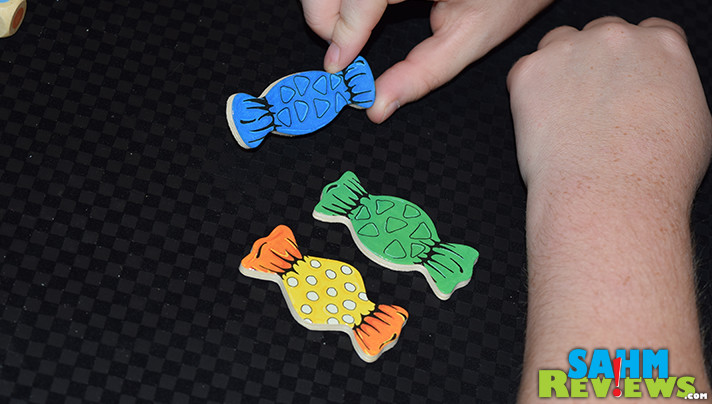 As pieces are removed from the game, there will not always be a match to the dice. Once everyone agrees that no match is available, turn passes on to the next player who begins another round by rolling the dice. Play continues until one player has collected an agreed upon number of candy pieces, usually five. That person is the winner of Candy! 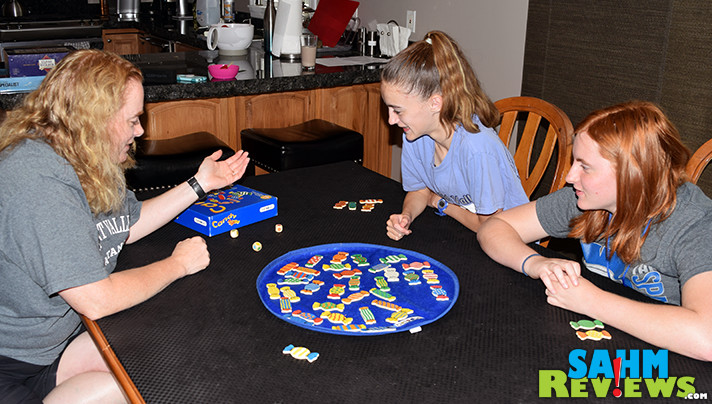 Even though Candy was originally published in Germany, it does include English rules translations as well as a couple other languages. Alternate rulesets are also suggested, including scoring points instead of taking the candy (play a certain amount of time and highest score wins) or distributing all of the candy pieces equally to each player and when matched, that player puts the candy piece back into the center of the table. In this case, the first player to get rid of all their pieces wins.

You won’t find Candy on Amazon or on the shelves of your local game store, but there are a couple copies on eBay. Because the pieces are wooden, expect the quality to be top-notch, even if well-played. You can hold out for a copy at your local thrift store, but unless you’re in a city with a military base, I wouldn’t hold my breath!

What is your favorite type of candy?