While we’re on the subject of speed games (Cobra Paw, Paramedics Clear!), we’ve also been playing a new title by MindWare called Cudaki. This one is a little more difficult than Cobra Paw in that you must make some decisions quickly about which cards are valid to grab. Fortunately not quite as anxiety-inducing as Paramedics Clear! But first, a little more about the theme.

In Cudaki, scientists have discovered a small, uncharted island off the coast of Africa. On this island are numerous mutant species never before seen by man. As one of the scientists, you are rushing to collect specimens for further study (every movie I’ve ever seen with this plot never turns out good). Thirty large tiles are included in Cudaki and each depict a lion, giraffe, crocodile, gorilla or elephant or some mutation of two of them. 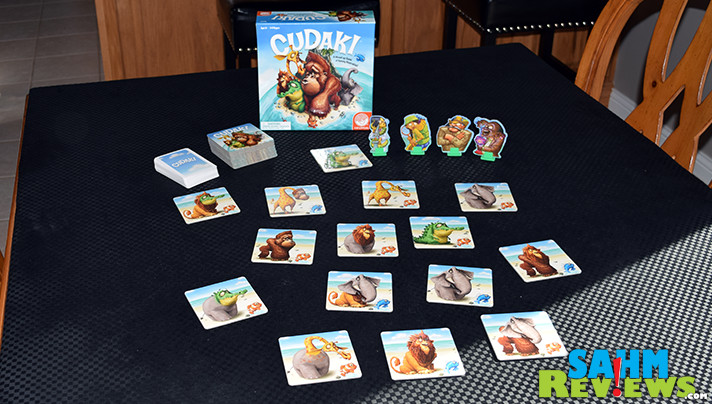 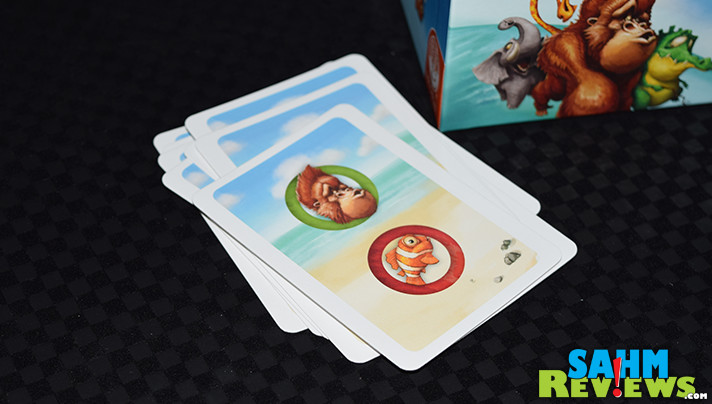 The Criteria cards depict a number of possible things you will or will not want to collect. Any animal type surrounded by a red circle cannot be collected at all this turn. This includes animals that are only half of that type. Conversely, if it has a green circle around it, then only cards with that animal type may be collected. 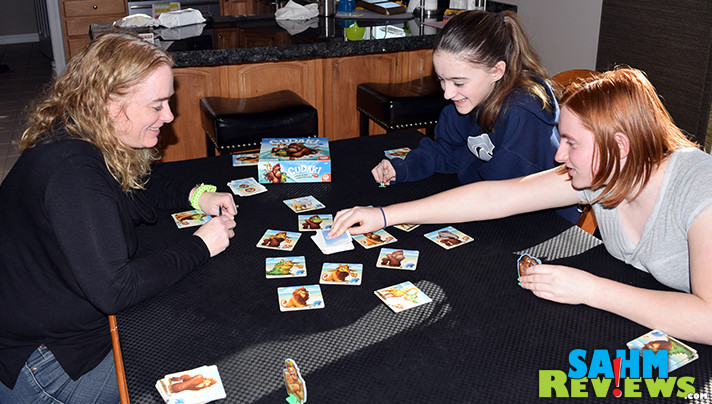 If there is a second requirement on the Criteria card, collected cards must adhere to both rules. In additional to restrictions on the animals, cards have either a clownfish or lionfish depicted in the bottom right corner. The Criteria restrictions may prevent (or encourage) you to collect cards featuring one or the other. 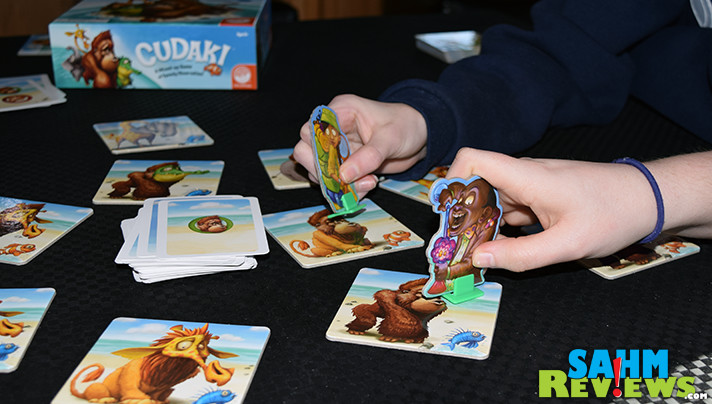 Each scientist rushes to place their standee on a matching animal tile. Once a pawn has been placed, it cannot be moved. If a Criteria card doesn’t match any of the visible animal tiles, another one in drawn in its place. If two players place their pawns at the exact same time on one tile, neither will receive it and it will be discarded! Once everyone has placed their pawn (or there are no more matching animals in which to claim) the turn ends and players collect their claimed animals (after checking for accuracy). 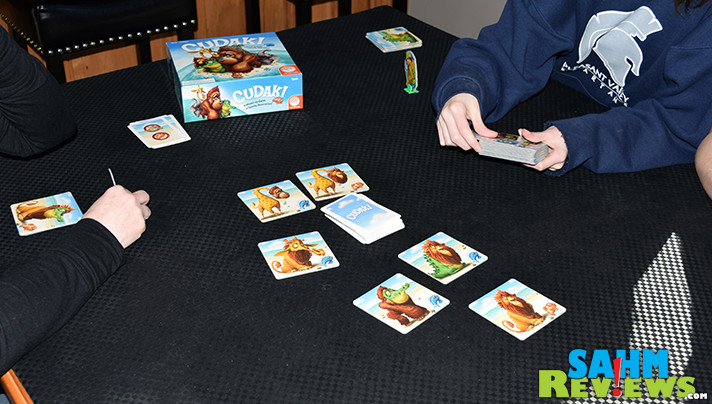 Play passes clockwise and the same thing is completed until there is only one (or zero) tiles left on the board. This ends round one and the remaining 15 tiles are dealt out and another round is completed in the exact same manner. Once they have all been claimed (or only one left), the game ends. The player who has collected the most animal tiles wins Cudaki! If tied, whomever has the most clownfish on their claimed tiles is the overall winner!

Cudaki also includes optional Criteria Cards which can be added to the mix. These don’t ask to to collect or avoid a certain animal! Rather, they require you to quickly determine which species is either most or least represented in the current pool. The first player to call out a correct answer collects any tile with that animal. Even if there are multiple possible answers, only the first person to respond is rewarded!

We found the age recommendation of 6+ to be spot-on and at under $20 on Amazon would make a wonderful birthday or holiday gift to any child in that age bracket. Of course, that’s not all that MindWare has to offer! Check out the wide range of different game types over on their website and watch their Facebook and Twitter timelines for deals and new product announcements!

What two animals would you like to see combined?