We’ve found that many times when we think of a game publisher, we can usually put their games into a category. For instance, if we’re looking for true-to-science games we will turn to Genius Games. Want one rooted in authentic American history? Academy Games is our go-to company for engaging and educational titles. When there’s no one else around to play with and we’re still looking for a challenge, you can’t beat the line of puzzles with ever-increasing difficulty than ThinkFun.

So it was a surprise to discover the new CrossTalk game by Nauvoo Games at this year’s Gen Con convention in Indianapolis. Like their previously featured title, Stockpile, CrossTalk was the result of a successful Kickstarter campaign that ended this past Spring. And unlike Stockpile, it has nothing to do with finance, the stock market or business. This one is all about fun. 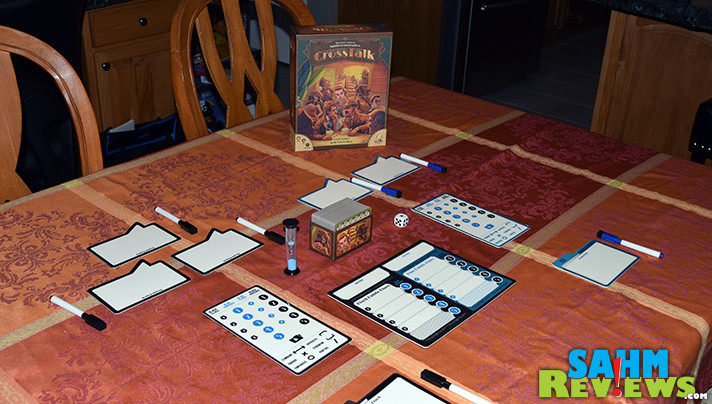 Designed for two teams of 2+ players each, CrossTalk is all about guessing the secret word before the other team does. This isn’t a new type of challenge, as word-guessing has been part of many board games and even popular television game shows. What is unique is the method in which CrossTalk requires the teams to come up with an answer without giving away the secret to the other team.

The round begins with each team choosing their clue-giver for that turn. These two sit next to each other with their teammates across the table from them. A Keyword Card is drawn and the two clue-givers either agree on one of the words to use, or roll the included die to randomly select one. 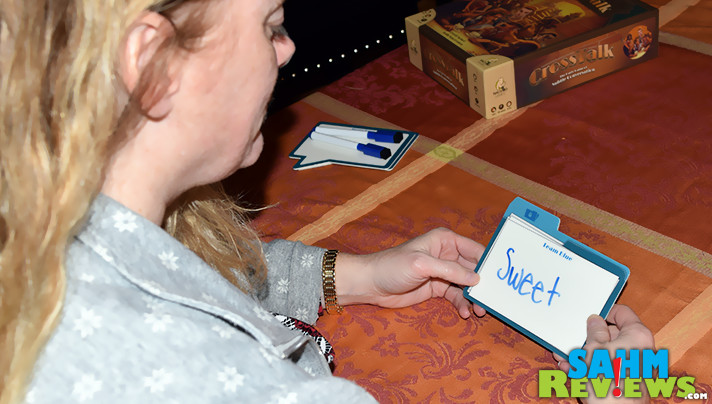 Each clue-giver then secretly writes a one-word clue on their team’s Private Clue board and passes it to their teammates. The private clue should be seen by all members of the team, but kept private (thus the name) from the other team. It is kept face-down in front of them and can be referred to at any time. 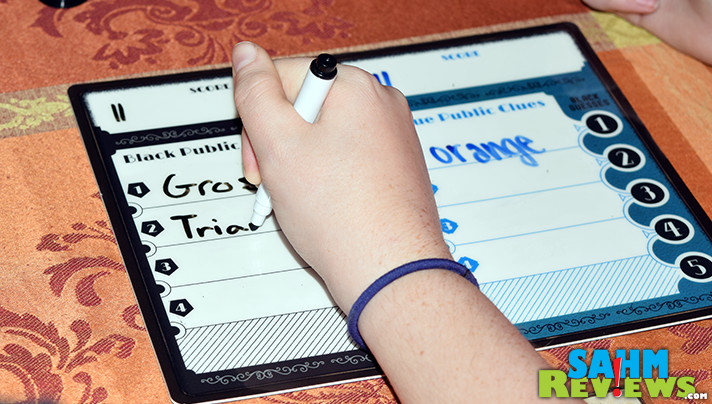 Clue-givers will then take turns writing down and giving out public clues to help their team figure out the keyword. Clues must be one word, not proper names, may not be part of the keyword, may not be abbreviations or acronyms and no extra communication is allowed. The twist is this: after the public clue is given, your team does not get to guess the word! The OTHER team does! In fact, this is the only time a team is allowed to make a guess! So when the public clues are given, the goal is to pair them up with your private clue and have it not make any sense to the opposing team. 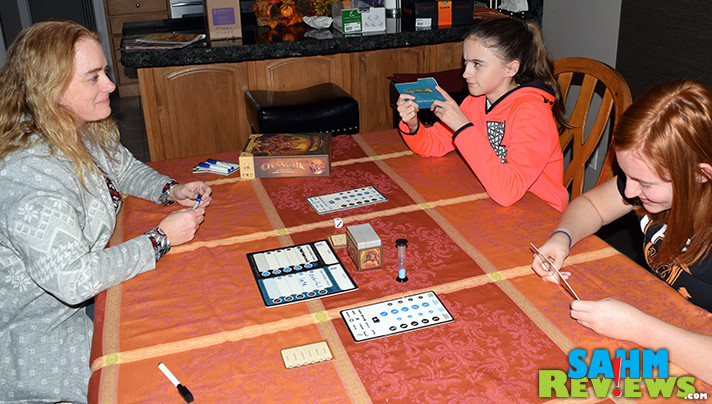 The guessing team may discuss out loud or use their dry erase board to secretly debate on whether or not a guess should be made. Only one guess may be made each turn, and the answer must be exactly correct. There is no penalty for incorrect guesses, but you do risk inadvertently giving the other team information about what you have on your Private Clue board by virtue of your guess. If the round progresses too far, the clue-giver may elect to use their “Hint Card” to pass along information about previously-given clues and guesses. 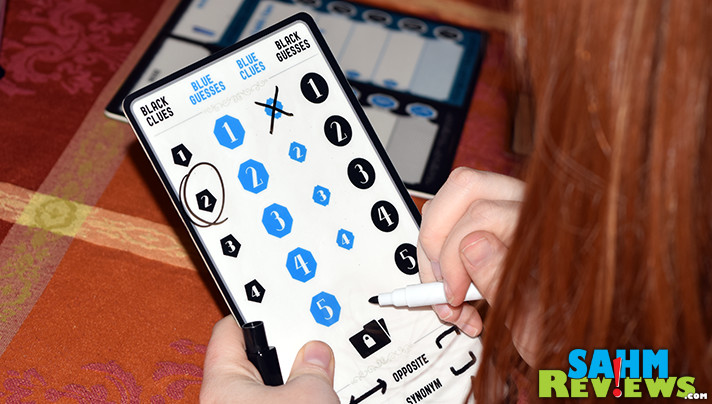 Once a team correctly solves the keyword, the round ends immediately and that team earns one point on their Public Clue board. A new round is begun by erasing all previous clues, selecting new clue-givers (if desired) and drawing a new keyword card. The first team to earn five points becomes the overall winner!

CrossTalk is a lesson for us not to judge a book by its cover. In this case, not to assume that a company that is known for a good version of one genre of game can’t offer a different type and still have it be just as entertaining. CrossTalk is extremely easy to teach and would probably go over very well at any family gathering instead of that worn out copy of Telestrations.

You can find copies of CrossTalk on Amazon or at your local game store. Considering how surprised we were with CrossTalk, we’re certainly following Nauvoo Games on Facebook and Twitter to see what they have in store next. You should be too!

What is your current favorite party game?