About a week or so ago I was watching a rerun of Late Night with Jimmy Fallon. It was the classic episode from 2013 where Jimmy Fallon and Justin Timberlake are sitting on a couch talking about how busy they are. What made the skit so funny was they were talking like people post in social media, with numerous hashtags, many of which were completely ridiculous. #sofunny

It reminded me about a card game currently issued by R&R Games called Hashtag Me! We had been fortunate to run into the game’s designers, Alyse and Danny Capaccio, at a couple of conventions well before it was picked up by R&R. #namedrop We were so impressed by the game play that we included it in our annual Family Game Gift Guide last year. But we realized we hadn’t really told you, our readers, much about it! #Lazy 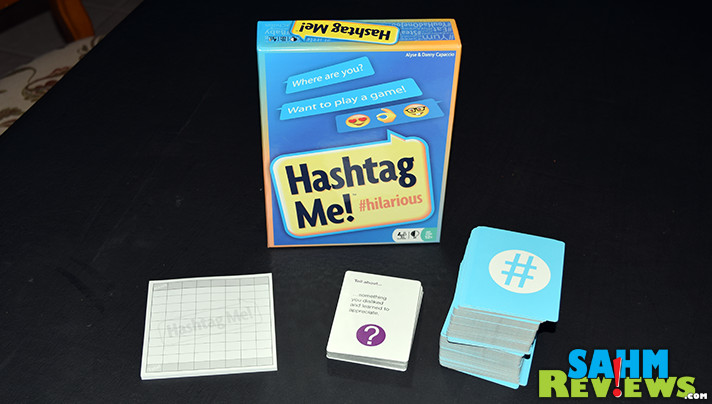 Hashtag Me! is a party game for teens and older. Not because of inappropriate content in the box, but because storytelling is needed, and you never know how far that will go. There are two decks of cards included, one with story prompts and the other with a hashtag on each card. These are shuffled and set in the middle of the table. #letsplayalready 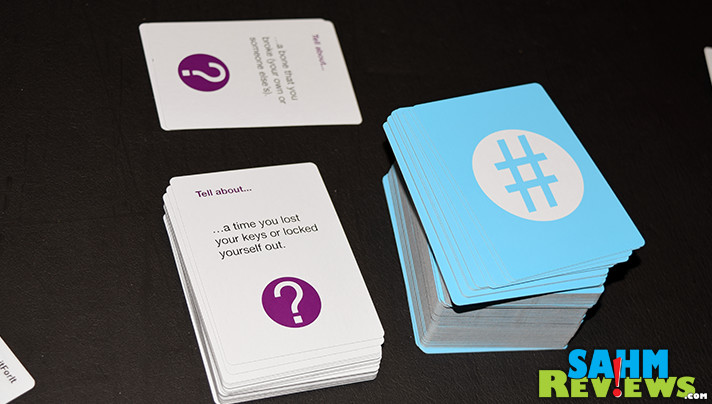 Each player is dealt a hand of six hashtag cards and the starting player draws one of the story prompt cards. This storyteller begins telling their story while the other players are trying to “hashtag” it using the cards in their hand. For instance, the storyteller might be relating about the time they won one of SahmReviews’ great holiday giveaways and one of the other participants might play their card and read out “hashtag CoolBeans”! #selfpromotion 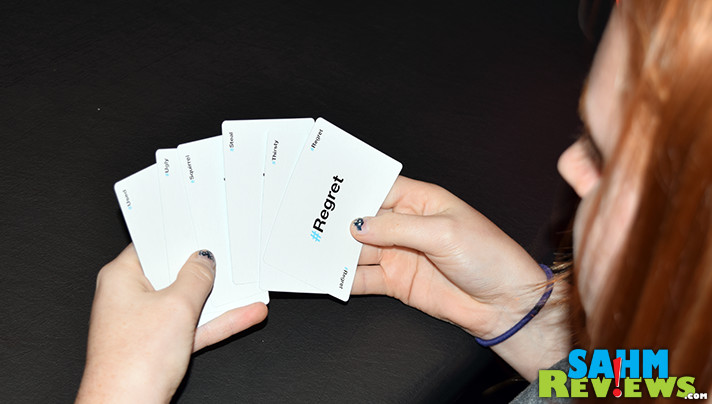 The active player can tell a story as long or short as they like, with other players playing as many hashtag cards as they feel appropriate. If the storyteller doesn’t feel the played hashtag applies, they can challenge it and everyone votes on whether or not to accept it. #dogpileontheleader 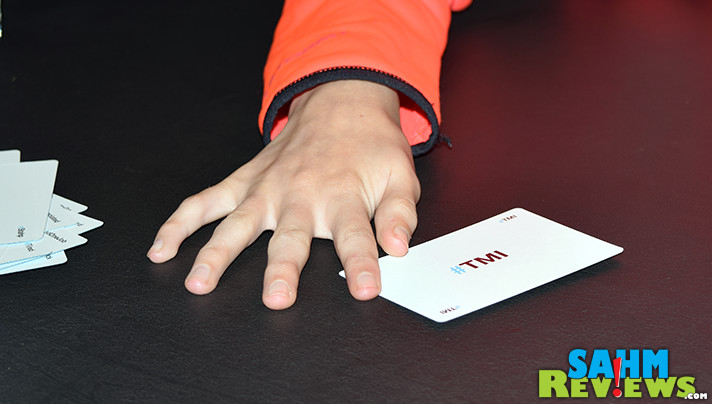 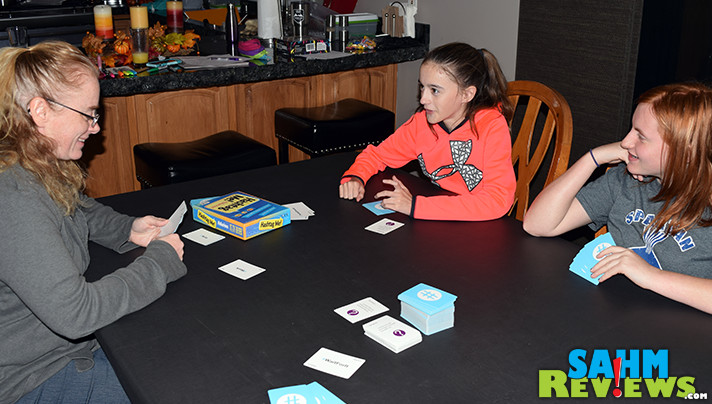 The game ends when a certain number of stories have been told by each player (depending on the number of players). The person with the most followers at the end of the game is the winner of Hashtag Me! #obvious 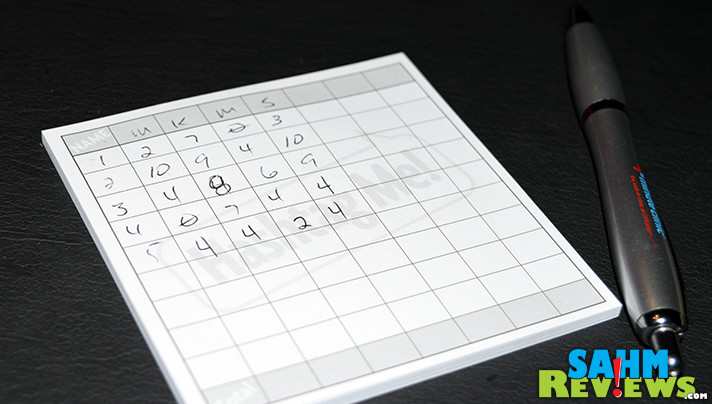 At under $20 on Amazon, Hashtag Me! is a unique party game that is certain to be a hit if your group loves telling stories. Nothing in the rules said the stories had to be factual, so you can mix things up by taking on another character and making up something extravagant! See what else R&R Games has been up to by checking out their website and social media timelines (Facebook, Twitter)! #gobuysomething