There are a few game companies who we rarely see at thrift stores. One will pop up now and then, but unless we happen to be in the store on the day it is put on the shelf, someone else will have grabbed it before we even knew it was there. This week we were the lucky ones.

Our Goodwill prints little dates on their price stickers that tell when the item was priced. This copy of Zig-Zag by Kosmos/Rio Grande Games had the current date, meaning it was set out within the few hours between the store’s opening and the early afternoon in which we were shopping. And amazingly it was priced at only 88 cents! (spoiler – we would have paid more…) 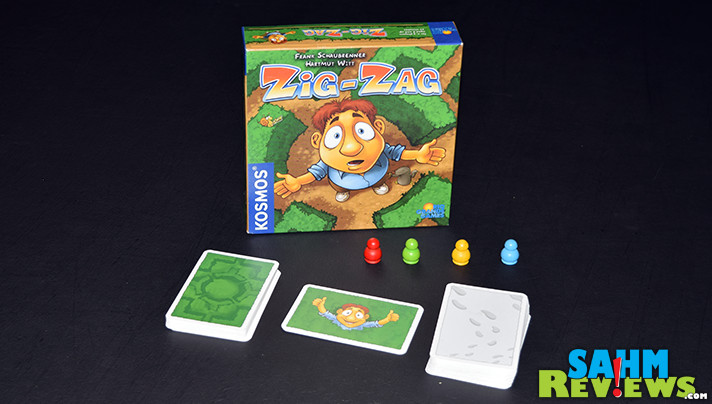 Published one time in 2006 by Kosmos (Germany) and Rio Grande Games (U.S.), Zig-Zag has a mechanic you don’t typically see in board games from these two companies, speed. Yes, it’s another one of those games that pit you against younger, faster opponents (your kids) in an effort to get your character through their own obstacle course before anyone else completes theirs. 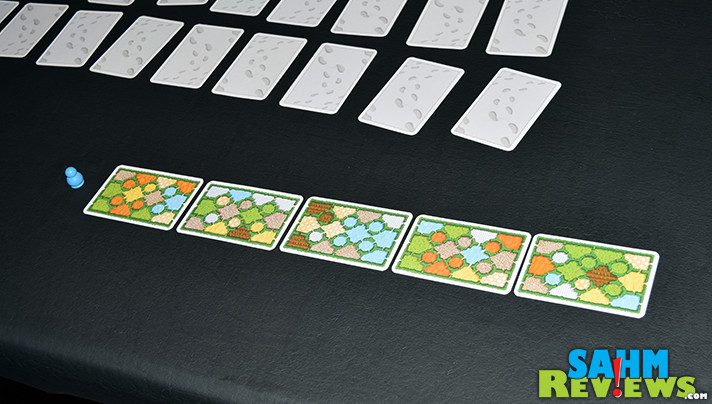 The game contains a total of 80 cards (4 goal cards, 48 terrain cards and 28 obstacle cards) along with four colored race figures. To set up a round you will deal seven obstacle cards to each person (8 if only two players) and they will select two to discard back to the deck. Their remaining cards will be laid out in front of them, creating their personal obstacle course.

Everyone also receives one of the four goal cards which is placed at the end of their course. This is the last area of a player’s course and any unused goal cards are returned to the box. The 48 terrain cards are shuffled and dealt out face-down to the center of the table, making sure none overlap. 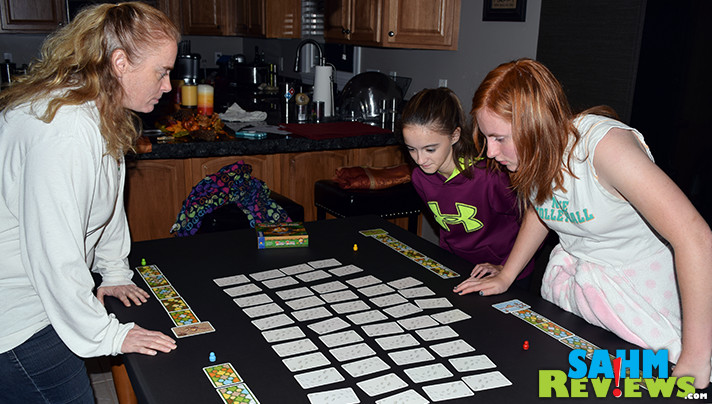 The first player (youngest player) calls out “Zig-Zag” and everyone rushes to turn over the cards in the middle one at a time. You are trying to move your pawn along your obstacle course by matching up the terrain cards with the different terrain types printed on the obstacle cards. But it isn’t as simple as finding a match and moving your pawn. 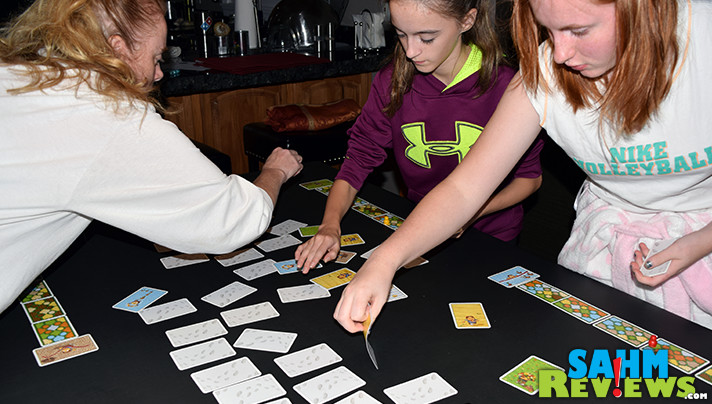 If you find a card you want to utilize, you pick it up and place it face-down into your other hand. If you don’t want the card, leave it face-up on the table for anyone to claim. The key is remembering where you are on the course as you are not allowed to look at your collected cards during the round. The collecting phase of Zig-Zag ends when someone calls out “stop”. This means that either there are no more cards in the middle of the table, all are face-up and the player calling “stop” cannot use any of them or that same person thinks they have the correct cards in their hand to complete their course by reaching their goal card. 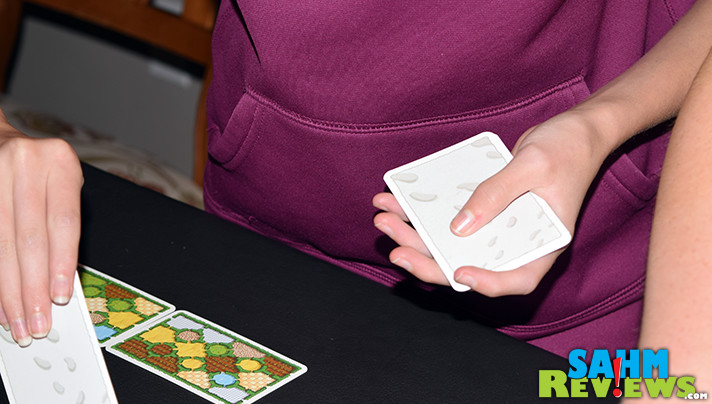 Beginning with the person who stopped the round, each participant turns over their pile of collected cards and begins moving their pawn in order with the cards. Moves must be adjacent and can be backwards. However, whenever you move from one card to another, the move can only be directly forward (no diagonals). When you either run through your entire stack of collected cards, or get to a point where you cannot move because you have the wrong terrain, your turn is over. You pawn remains at that last movement point and all terrain cards are returned to the middle. 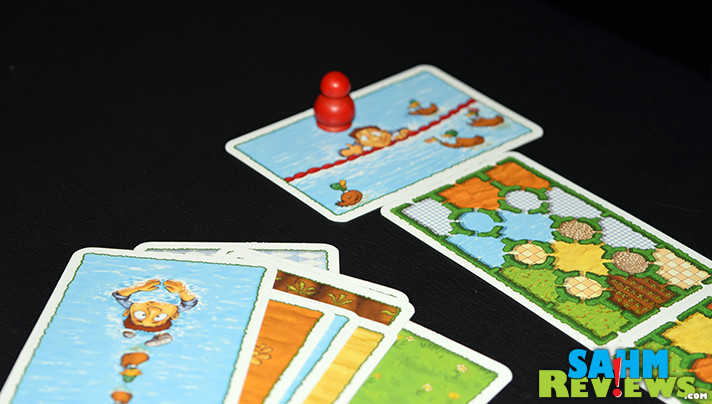 If after everyone has resolved their personal collection piles no player has reached their goal card, another round is played in the exact same manner. If you called out “stop” with the intention of reaching your goal card, but cannot, you are penalized by having to draw one additional obstacle card and adding it to the end of your course.

Most games of Zig-Zag take around 20 minutes and should be completed in 2-3 rounds. Supplementary rules included in the box have ideas for making the game longer and more challenging. Considering we are up against masters of any speed-related game, this base version presented us with more challenge than we needed!

You can still find brand new copies of Zig-Zag on Amazon from 3rd party sellers or take a chance on a used copy on eBay. But don’t play it with your kids – you won’t win.