I’ve probably mentioned no less than five times how my brother and I used to always play the card game War when we were of grade school age. I’ve already taught it to my daughters and they are happy to grab a standard deck and take each other on for a round or two. We’ve previously featured a number of war-like card games, each with their own take on the genre. Most recently we highlighted Aura, an interesting take on the game with very abstract art and capable of supporting up to four players! 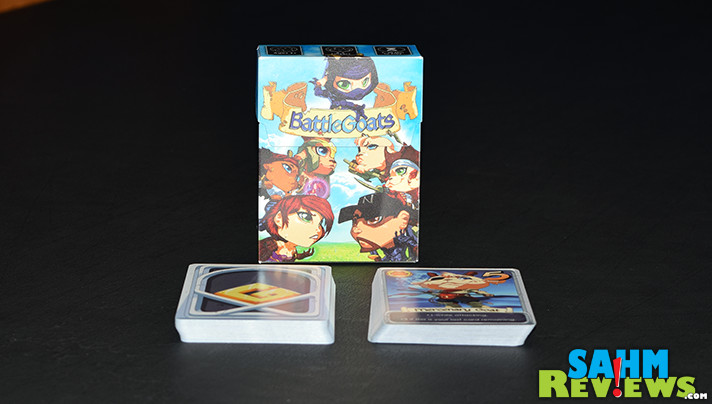 But if a themeless card game doesn’t interest you, I think we may have found one that not only has a cute theme that will appeal to all ages, but also brings something new to the table. BattleGoats by CardLords is an inexpensive multiplayer card battle game that combines the luck of the draw seen in a traditional game of War with memory-recognition from classic games like Concentration. 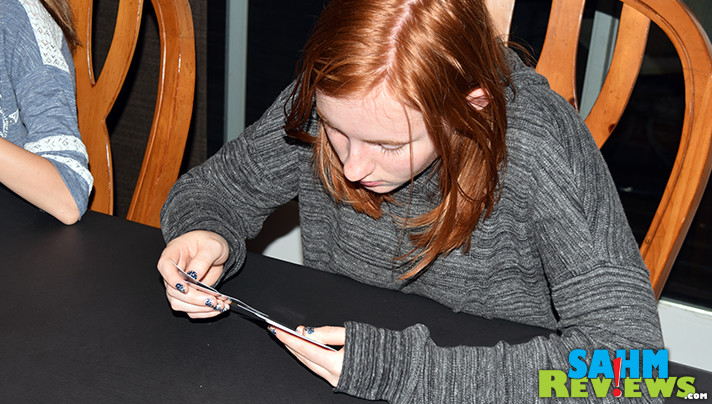 The included deck of 55 cards is made up of four types – heroes, equipment, creatures and of course, goats. Each competitor is given a random hero and eight additional cards randomly dealt from the deck. These are the only cards you’ll use the entire game, the rest are returned to the box. 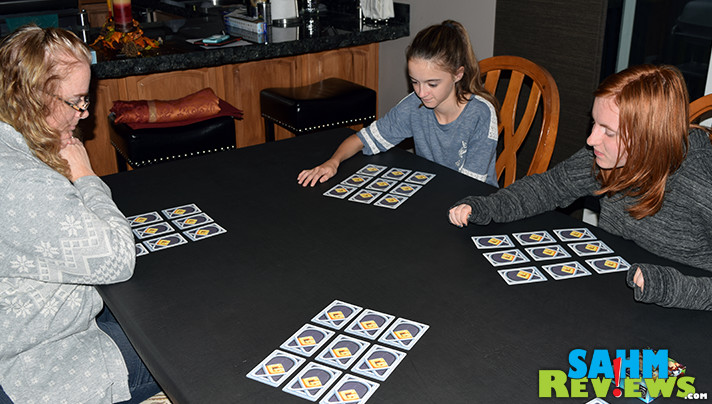 You will arrange your nine cards in a 3 x 3 grid with them all face-down. You can look at your cards before placing (and at any time during the game), but cannot ever move them to a new location. Many of the cards award bonuses for having cards next to/in front of/behind it, so take your time considering the most ideal configuration of your BattleGoats army. 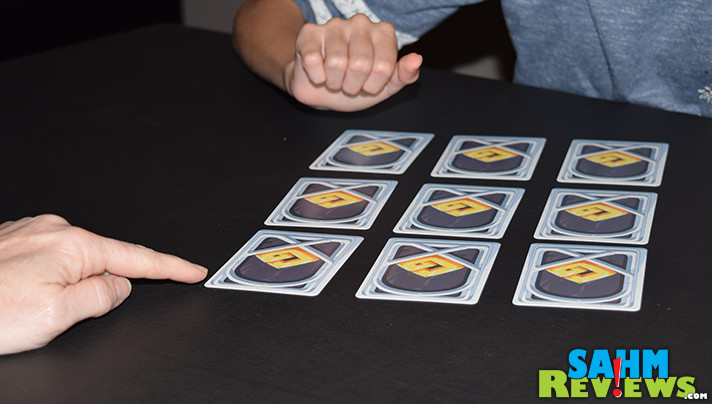 First player is determined by whomever completes their setup first, so there is a bonus for making quick decisions about your layout. That person attacks first, choosing one of their cards and pointing to one of their opponent’s. Both cards are turned face-up and the one with the higher number after calculating any modifiers (listed on the bottom of the cards) wins the fight. 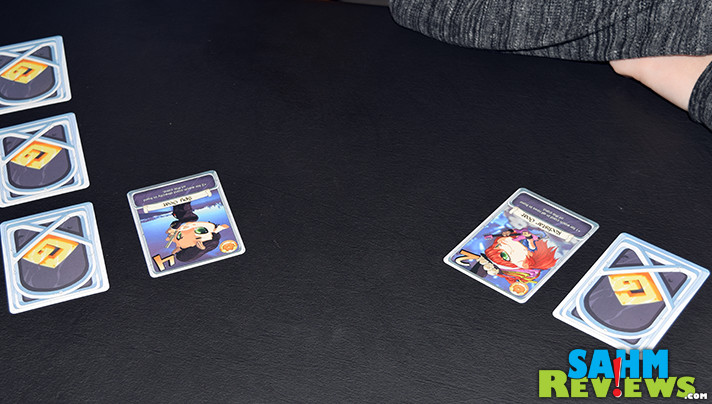 The winning card is flipped back over (if allowed) and the defeated card is removed from the table to a discard pile. If there is ever a tie, both cards are removed! This is where your memory skills will either help or hurt you. By recalling the values of the winning cards you can target them when you know your cards are more powerful! Turns progress clockwise until only one person has any cards left on the table – they are declared the overall winner of BattleGoats!

BattleGoats surprisingly supports up to six players from a box not much bigger than a standard deck of cards. The artwork is well-done and family-friendly, and although advertised for ages 9+, can easily be played by kids much younger as long as an older one is present to explain the rules. 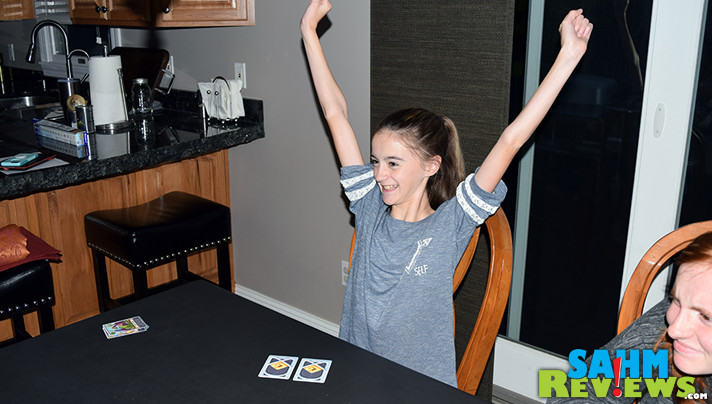 Expect a session of BattleGoats to take well under 30 minutes and as little as 5 minutes if only 2 players. Copies can be purchased directly from CardLords on their website or on Amazon for under $20 and is currently an “Amazon Choice” card game!

Here’s your chance to get a copy for yourself! The fine folks at CardLords have agreed to award a copy of BattleGoats to one lucky SahmReviews reader! Enter in the form below, and don’t forget to come back tomorrow for more entry opportunities!
Battlegoats Giveaway