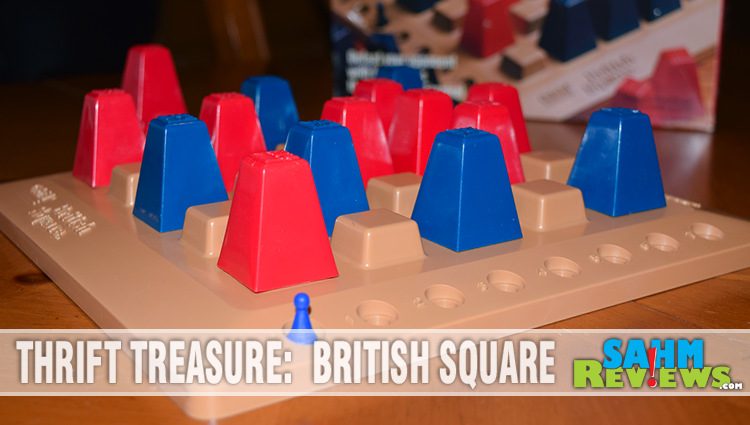 It’s been nearly a year since we found a complete 80’s-era abstract game made by Gabriel at Stuff Etc. in Iowa City. Gabriel issued a number of games throughout the late 1970’s and early 1980’s, but when we come across them at thrift they seems to always be missing a few pieces. This week’s find, British Square, was in the same condition. All of the player pieces and game board were intact, but the two player markers for keeping score were nowhere to be found. 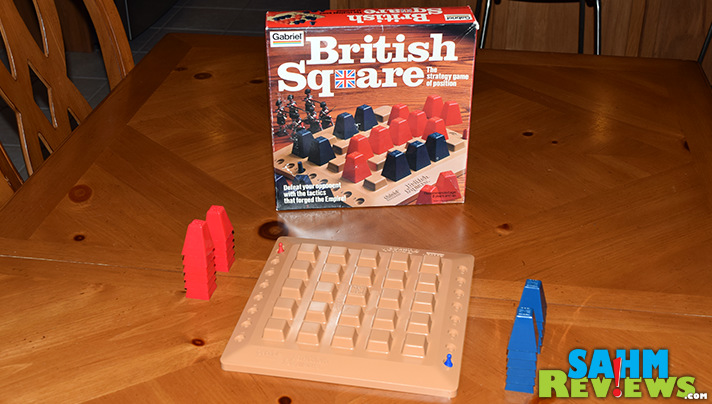 Since the store was only asking $1.88, I went ahead and took the chance that maybe I’d find a suitable replacement in my 15-gallon bin of extra game parts. Whenever we visit a Goodwill Outlet, we empty out all the pieces from unwanted games and save them for crafts, replacement parts or whatever fits our fancy. Since those stores charge by the pound, we can get a large bag full of tiles, dice and pawns for very little investment. 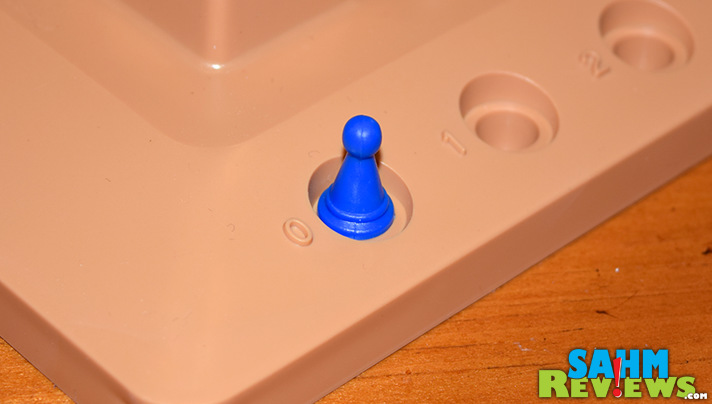 Sure enough, we found a couple player pawns from a travel version of Sorry that would suffice. They were the correct color and almost fit into the designated slots. If it weren’t for the photo on the front of the box, one might never know they weren’t the original pieces.

Sadly, I think I had more fun searching for the replacement parts than actually playing the game. That’s a disappointment, because I really liked the previous Gabriel game, Chinese Chess. British Square isn’t nearly as strategic and justifiably has a rather weak rating on BoardGameGeek. 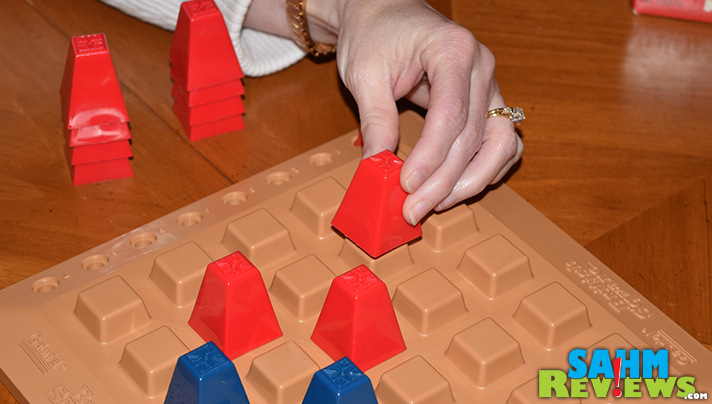 Each player receives a stack of eleven playing pieces meant to resemble part of a castle wall. The first player places one of their pieces anywhere on the board except for the very middle spot. The other player then places one piece anywhere except orthogonal to an opponent’s piece. 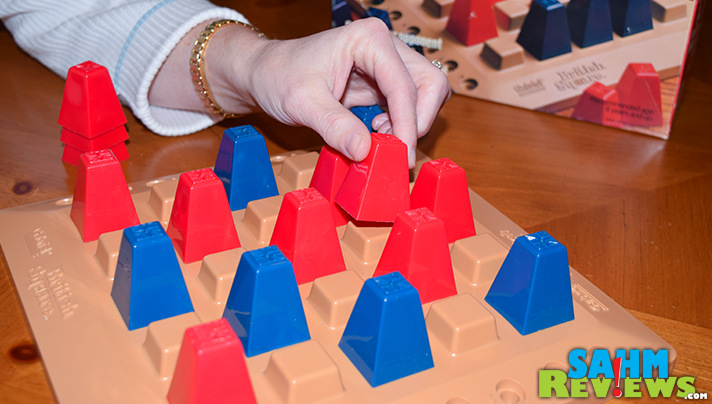 That’s it! Players take turns putting one piece on the board at a time until no more can be legally played (you can never put a piece right next to an opponent’s piece). Diagonal is fine, but the faces may not “touch”. If one player cannot place their piece, the other player gets to continue until the board is full.

That ends the round and whomever has the most pieces on the board wins and receives points equal to the difference in pieces between the two players (eg. one person has nine, the other has six – they receive three points). A new round begins in the same manner, with the first person to accumulate seven points winning British Square.

I guess I shouldn’t harp too much on the game – it reminds me of some of the pencil-and-paper games I used to play as a child. Very easy to learn and I’m sure there’s an ultimate strategy for winning if studied long enough. If you must have a copy in your collection, they’re readily available on eBay for around $5 plus shipping.

What’s your favorite 80’s-era board game?