Many times when playing a new board game one of the things that goes through my mind is how it could have been better. Most games we feature on SahmReviews are ones we enjoy and feel good about recommending it to our readers. If a game is really bad, we don’t waste any more time on it nor talk about it at all.

Sometimes we love a game but feel it needs a little upgrade. We did just that when we played with Coal Baron, taking time to make period-accurate German paper money to replace the cheap copies including in the game. Think of it as “deluxifying” your game!

Full disclosure – the project you’re about to see is not something we dreamt up on our own. We’ve seen a couple friends create blood dice in the past, but they typically only share the final results. We decided to tackle it ourselves (since it is finally over 70 degrees outside) and show you exactly how we did it! 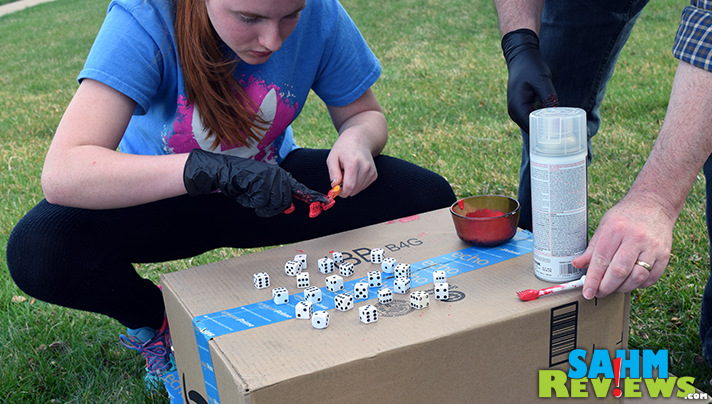 First you’ll need some plain white dice. We have a large bin of extra game pieces that we were able to rummage through and find a good handful to work with. If you don’t have the same luxury, you’ll find 100 16mm white dice on Amazon for around $8 shipped! 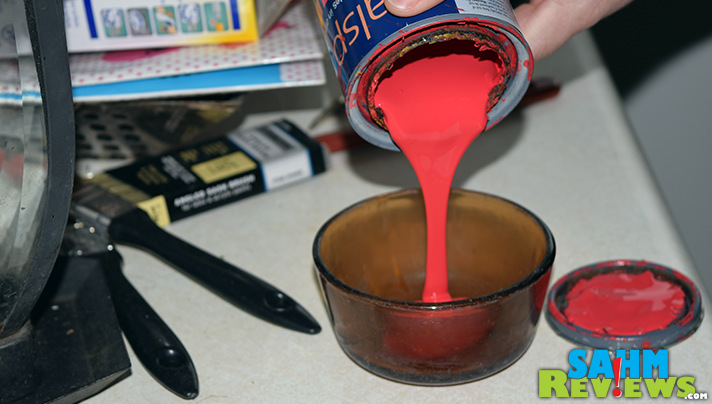 It should go without saying that you’ll need an open-air workspace and a work area (box, dropcloth). We used red latex paint we had left over from our rock ladybug craft, but I have to imagine you can use most any type of paint. 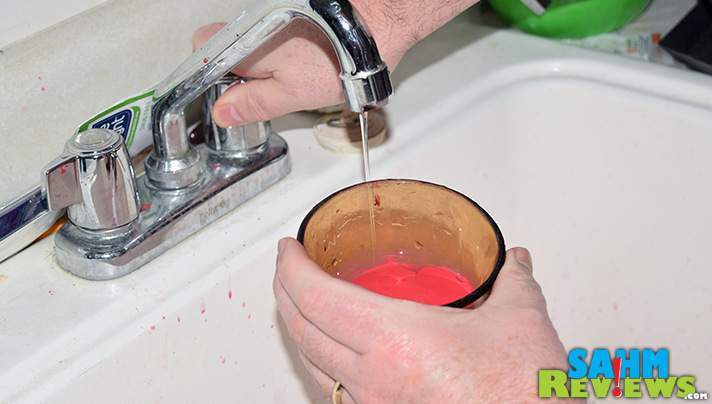 You’ll also need a thinning agent. Our latex paint thins out nicely with just water, or if you have something oil-based, some mineral spirits are probably your best bet. You want the final consistency to be pretty thin, but not so thin that it runs when applied. We experimented by applying it to the side of our cardboard box first to make sure it performed correctly. 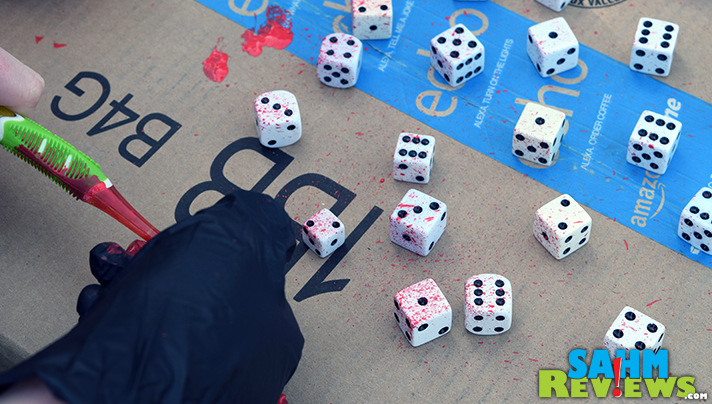 Oh yes, applying the paint – here’s the fun part (gloves optional, but recommended). Gather some old toothbrushes and dip them in the paint. Again, you’ll want to experiment with the various bristle hardnesses until you find the perfect one. You’ll load it with paint and move your thumb across the bristles to fan and flick the paint onto the surfaces. Don’t worry, it’s supposed to make a mess – remember, it is simulating blood splatter! 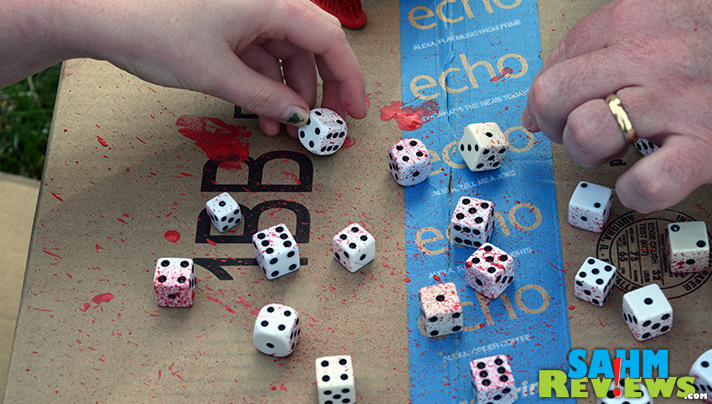 Work your way around all the dice, paying attention to the sides as well as the top. We found having more on one side made it look more realistic since splatter would naturally come from one direction (I’m just surmising, I have no actual experience in blood splatter…). The paint should dry rather quickly and you’ll need to flip them over so you can add some to the other sides of the dice. 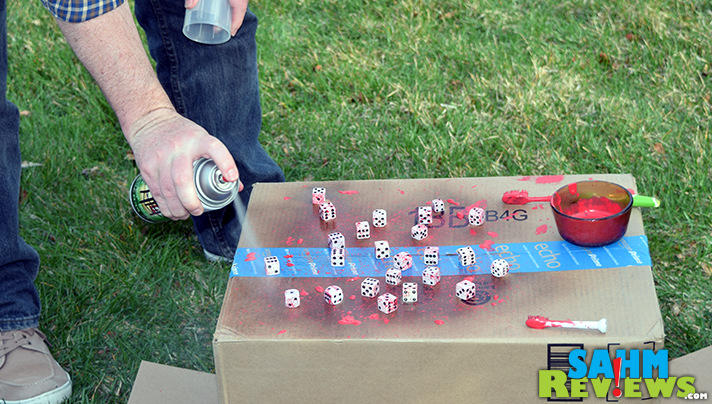 Once you’re satisfied with the blood splatter painting, you’ll need to seal the work to prevent it from chipping off. We picked up a can of clear matte lacquer from Walmart for a few bucks and began coating the top halves of the dice. Again, once dried, they are flipped over again to coat the opposite side. 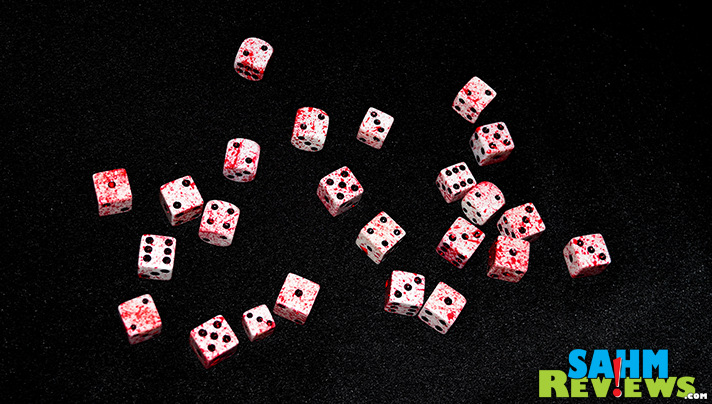 That’s all you need to be able to make your own blood dice! I’m sure you have a number of zombie-themed games in your collection (or even mafia-themed) that might benefit from this cheap upgrade. We’re also thinking we might be able to use white paint on black or dark blue dice to get a nice night sky. But that’s a project for later.

Start to finish, this project can be done in well under an hour. Use disposable drop cloths and toss them instead of trying to clean up the drips. If you spill too much on a die, just use a rag to wipe it clean and start over!

What dice game do you have that you think would benefit from a dice upgrade?

28 thoughts on “Game Upgrades: How To Make Blood Dice”