Well it finally happened. I’ve preached and preached on how you should check the contents of a game before buying a used copy. I even carry around a tiny pocket knife so I can cut the packing tape used to seal the game boxes at our local Goodwill stores. We’ve become good at counting decks of cards or even finding that loose piece on the floor under the shelves. But we always make sure that a game is complete (rulebooks can be an exception) before we pay any price for it. This time I miscounted… 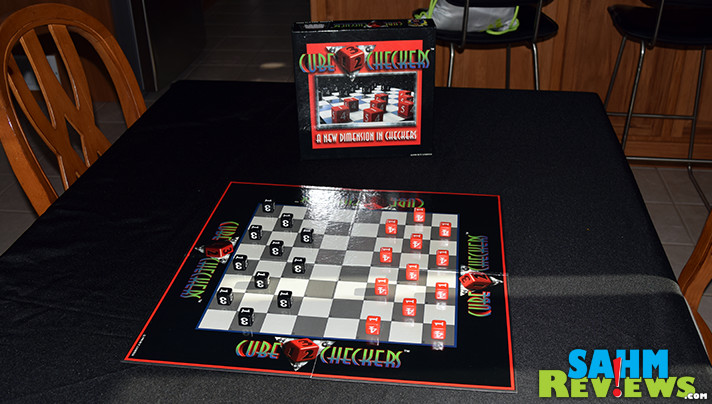 I was so excited to find another abstract game I had never heard of that somehow I overlooked the one die that was missing. In Cube Checkers, each person is supposed to have an identical set of twelve dice, but in our copy there are only eleven black ones. The bad news is they are custom to the game, so unless we find another copy or someone who is selling pieces, we can’t bring the game back to its original condition. The good news is the dice are standard six-sided cubes, numbered one through six. So instead of the black dice, I’ll substitute my recently-made blood dice! 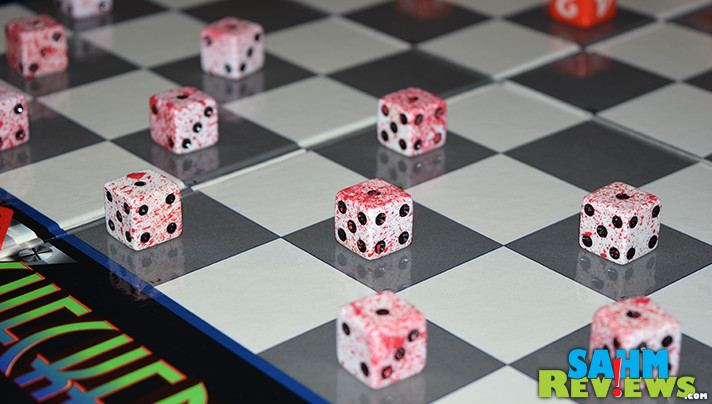 So how is Cube Checkers different than a regular game of Checkers? Not by much. Maybe that’s an exaggeration – Cube Checkers is more like an evolution of the original game. Instead of stackable checkers as your playing pieces, you use dice. The board is set up exactly as in a regular game of Checkers, with all dice being turned so the “1” side is face up. 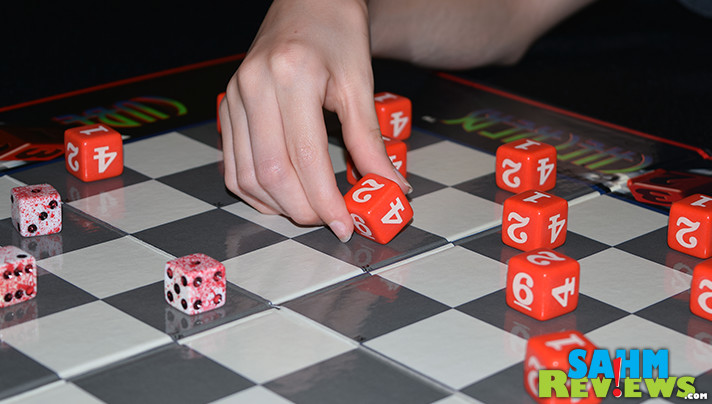 On their turn a player performs up to two actions. First they move a piece diagonally or jump an opponent. If a successful move was performed, they then get to “Roll Over” any of their other pieces to the next highest number. Why is this important? It is a secondary way to “King” your piece. As in Checkers, getting a die to the opposite end of the board turns the piece into a King, which can move in any direction. In Cube Checkers you denote this by turning the die to “6”.

If you use the Roll Over feature on the same die five times, it too immediately becomes a King, no matter where it is on the board. But the numbers represent more than just the pathway to king-hood. Taking a cue from Stratego, in order to jump an opponent, your die must be equal or higher than the die it is trying to jump. This goes for multiple jumps too – it must be higher than all of them. 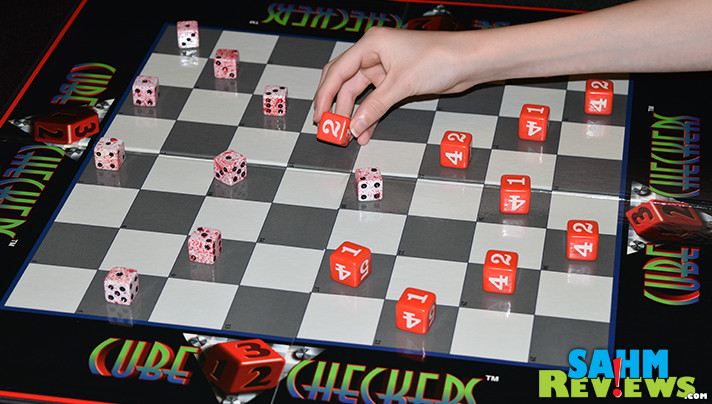 When you capture an opponent’s die, you also must make sure the same number is kept on top when you retrieve it. In Cube Checkers, there are three ways to win. The traditional method of capturing all of your opponent’s pieces, maneuver your pieces in a manner which prevents your opponent from being able to move or jump at all, or by forcing a “tie” on the board. In that case, the captured dice are added up and the player with the highest value of captures is declared the winner. 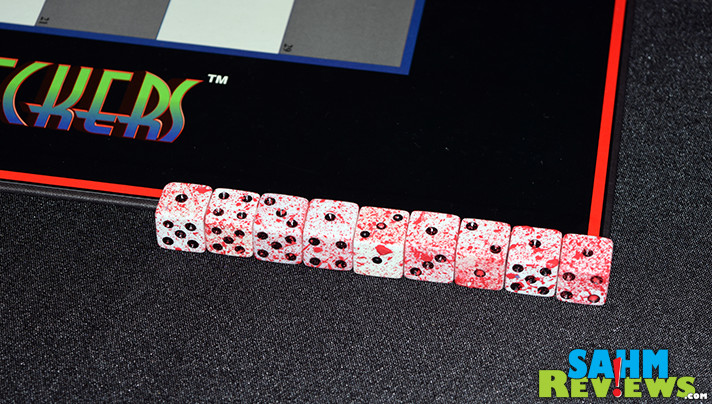 Cube Checkers was issued one time by DCP Limited out of Reno, NV back in 1997 and was also a 1998 Mensa Select Winner. DCP is no longer in business and copies of Cube Checkers can normally only be found on eBay. We did find one new copy reasonably priced on Amazon, along with a handful of used copies. If you’re a Prime member, that’s certainly the way to go.

In all honesty, now that you know the rules, there is no reason you can’t pull out an old checker board of your own, add a couple dozen dice and play Cube Checkers without spending a dime! But in the interest of making our copy complete, if any of our readers knows of someone who wants to part with an extra black die from the game, send them our way!