If there is ever an award for the most oddly-named card game, this week’s thrift treasure would certainly be a finalist. Frog Juice by Gamewright caught our eye at our local Goodwill just because of the unique name. The sticker price of 88 cents didn’t hurt either! 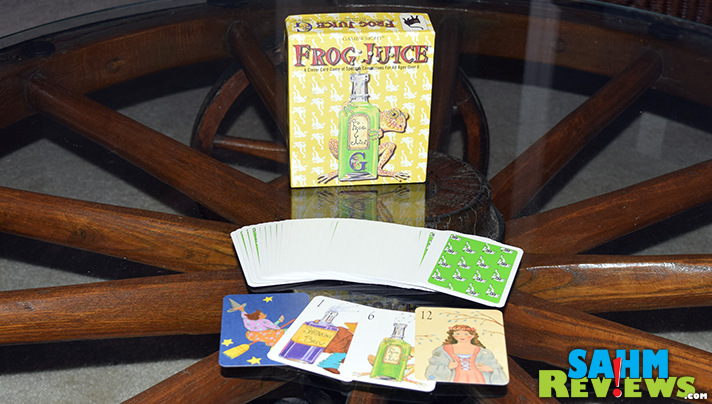 After a little research, it appears our copy is also the first edition of Frog Juice from 1995. Three later versions were published in 1997, 2003 and 2010, all with different art on the box. Based upon the condition of the box and the hardly-worn cards inside, it doesn’t look like it got much play over the past 20+ years.

The only thing included is a deck of 59 cards, made up of two different card types. There are Concoction Cards, which have values printed on them similar to a standard playing card deck, and Power Cards. Some Power Cards have values while others are blank and allow you to perform special actions. 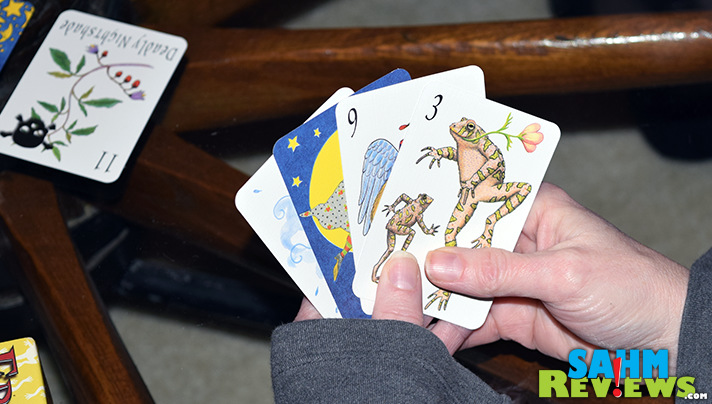 Each player begins with a hand of four cards, and an additional four are laid out face-up in the center of the table, next to the draw pile. On your turn you can choose to take one of five actions. The most common will be to Capture Cards. 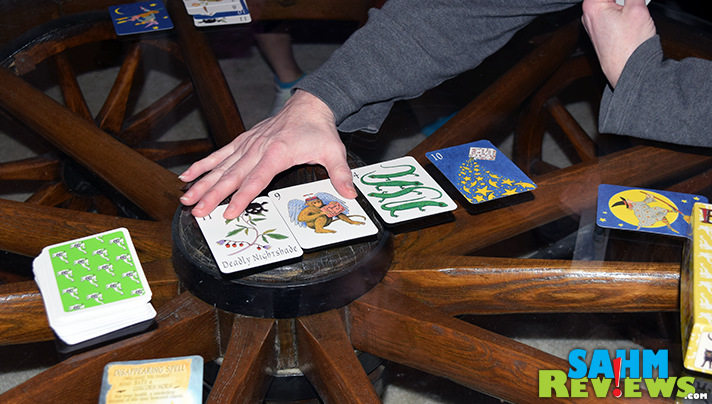 To capture a card from the four face-up cards, simply play a card with a matching value. Then collect both cards and add them to your personal Power and Concoction Piles. These are piles used for scoring and once a card is placed into it, cannot be used again. You can capture multiple cards from the center by playing a high-numbered card from your hand which equals the sum of the cards you’re trying to capture.  The opposite is also possible – capture a higher-value card from the center by playing multiple cards from your hand that add up to its value. 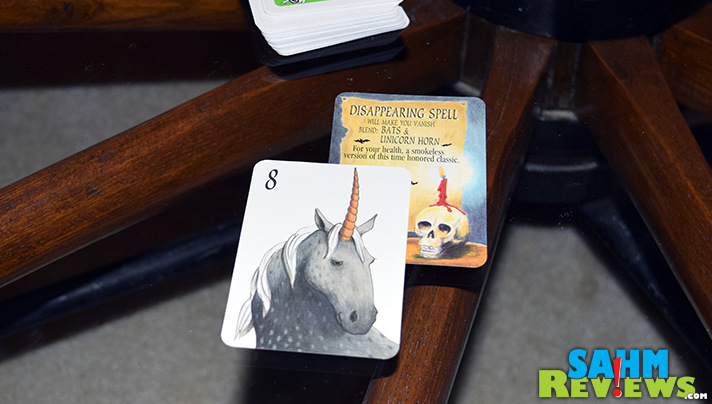 Other special cards include a Black Cat which allows you to steal a Power Card from another player and put it into your own Power Pile, Spell Cards which provide another way to collect cards from the center (or other players) if they have the ingredients listed on the card and Witch Cards that allow you to simply take all the cards from the center and put them in your piles.

Frog Juice ends when all cards from the Draw Deck are used up and players have no more playable cards in their hands. Face-up cards in the center and incomplete spells are discarded. Each person receives one point for each card in their personal Power Pile and the player with the most Concoction Cards receives an addition two points. Obviously, the player with the most points wins!

You can still find new copies of Frog Juice on Amazon for under $10 shipped. With four versions having been released, it may only be a matter of time until you find yours at your local Salvation Army or Goodwill!

Have you ever bought a game just because of the title?