When you search for games with a holiday theme, there is no shortage. You can easily fill a Halloween game night with the likes of Zombicide, Last Night on Earth or Arkham Horror. And there’s no problem finding a Christmas-themed card game. Even Easter has a lot of game representation on Amazon. But what about the holiday on the calendar for tomorrow – Valentine’s Day?!

Oh sure, there are plenty of adult-oriented games one can purchase, but those obviously aren’t meant for game night. One family-friendly game we were introduced to a couple years ago is Love Letter by Alderac Entertainment Group (AEG). We enjoyed it so much that when a Batman-themed version came out last year and began getting rave reviews, we purchased a copy for ourselves. It got a LOT of play. Now there’s a Premium Version of the original Love Letter that is prestigious enough to be given as a gift to a loved one who loves all things games! 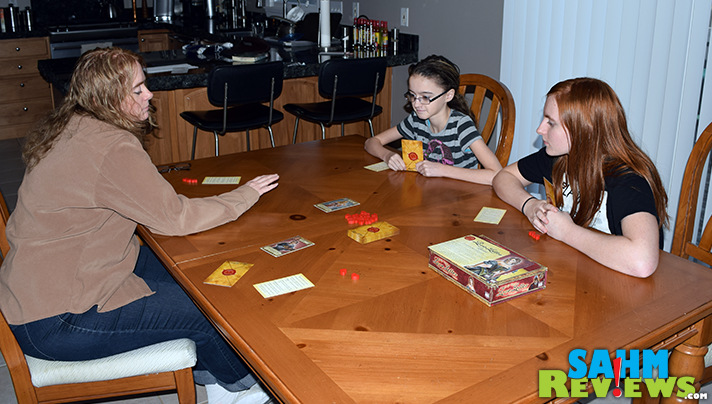 Maybe you’re already familiar with the premise behind Love Letter. A brief refresher – it’s a game for 2-8 players and each round lasts only a few minutes. Depending on the number of players, you’re using either a 16- or 32-card deck, each player being dealt just one card. 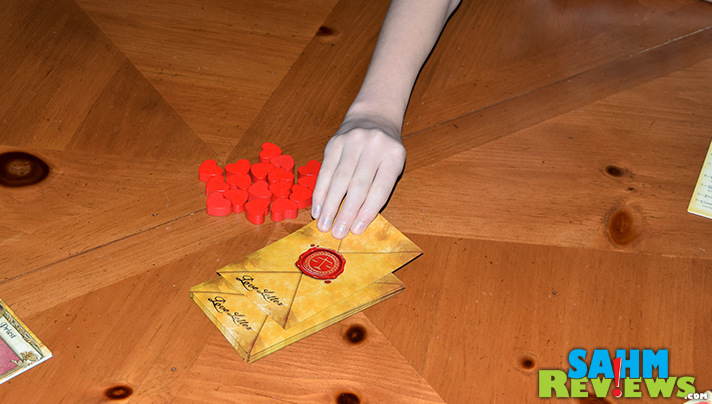 On your turn you simply draw another card and pick between the two of which to discard. When you do so, it activates the text on the card and may cause events ranging from forcing another player to discard their hand, looking at someone else’s hand or even knocking someone out of the round by guessing the number of the card they hold!

Ultimately you’re trying to be the last person standing (or the player with the highest number card in their hand) when the draw deck runs out. The round winner is considered to have won the heart of the Princess and she awards them with a red wooden heart token as appreciation. Additional rounds are played until one person obtains the required number of hearts to be declared the winner (varies with number of players). 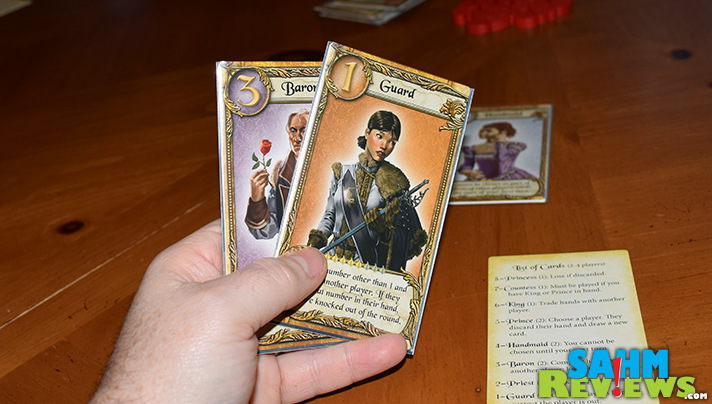 So why should you spring for this Premium Edition over a standard one? In the basic version you’ll get a deck of standard-sized cards, wooden cubes and a velvet bag to carry the game in. The Premium Edition features thick tarot-sized cards (MUCH easier to read), large wooden hearts instead of cubes and a simulated velvet insert tray to hold the game. But even better are the custom card sleeves designed to perfectly fit the tarot cards, ensuring your copy of Love Letter will outlast any relationship! 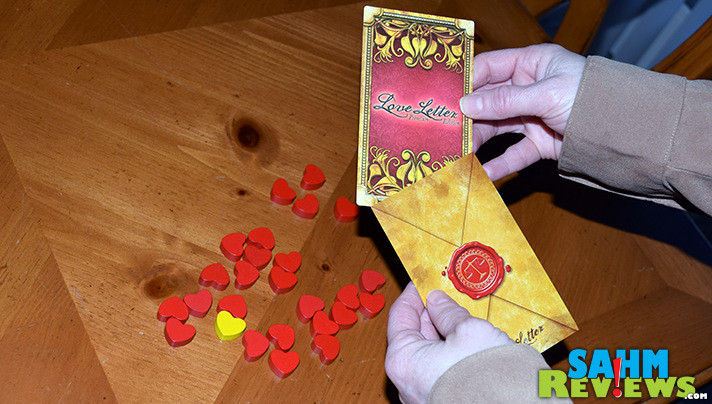 You’ll find the Premium Edition of Love Letter on Amazon for under $30, and the regular version for around $10. If these (or the Batman version) aren’t your style, there are other great themes to consider. Adventure Time, The Hobbit, Archer and Legend of the Five Rings have already been published and I’m sure there are more in the works! Be sure to watch AEG’s Facebook and Twitter feeds to know which ones are next!

Do you have a favorite Valentine’s Day themed board or card game?