As you may have figured out from my recent flashback to the 70’s post, I tend to be a bit nostalgic. Sometimes it’s simply a reminder to myself about what life was like back then. Other times I crave the feelings and emotions that muster when I think, touch or watch something from a particular long-gone era in my life.

I still have one of my favorite childhood toys; my original Easy Bake Oven that my mom and dad saved for me. Do I let the girls use it? Of course not, they have a newer one. I desperately wanted them to love it as much as I did and spend hours creating awesome miniaturized baking memories. I can’t say they ever developed the same passion, but they also had a lot more options than I ever did growing up.

Something similar happened this Christmas with several of my friends on Facebook. Many my age remember spending hours in front of television playing whatever the latest console they could get their hands on. Scott and I had similar memories and even still own an original Nintendo Entertainment System (NES). A modernized version the system was release for this holiday season and it was so hot that people were standing in lines to get one and even buying them on the secondary market. They didn’t necessarily buy the Retro NES because their child wanted it, but because they wanted their child to want it. We often find Madison opting to boot up the old NES to play the original Super Mario Bros. simply for a change of pace and a taste of a video game that has stood the test of time and been the basis of so many more favorites. 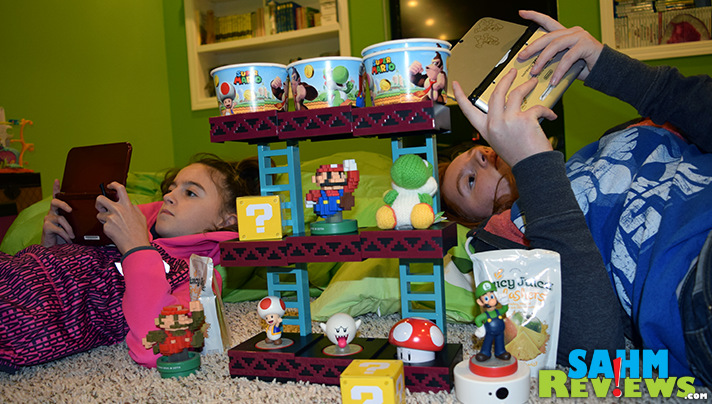 Let’s be honest though. Nostalgia is great, but advances in technology are pretty amazing. Given the choice between the original NES and her 3DS, she’s going to pick the 3DS every time. After all, it’s portable, 3D and has cool add-ons like amiibos! The latest additions to her 3DS game collection are Mario Party Star Rush and Boo amiibo!

So what’s the big deal about Mario Party Star Rush? Like all the other iterations of Mario, it’s fun to play as one of your favorite characters such as Mario, Luigi, Toad, Toadette, Peach, Daisy, Yoshi, Wario, Waluigi, Donkey Kong and more. Play alone or with some of your friends as you navigate different maps and play a variety of minigames. 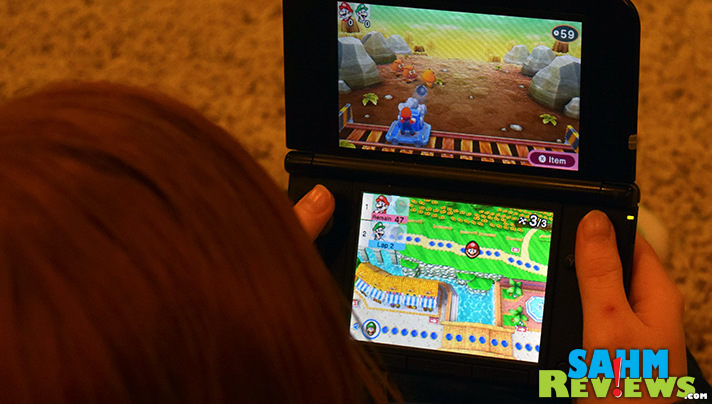 When I asked Madison to explain the concept of the game to me, she said “minigames galore!” But it’s not just an open and go with all the options in front of you. The more you play, the more games, characters and options you can unlock.

You may be wondering what amiibos have to do with it since it’s a bunch of minigames. When you load an amiibo, you’ll be rewarded with access to new characters, game modes and other features. As an example, you can get some kind of bonus action such as a special die to gain an advantage over your opponents within the game.

Just as we explained that playing video games can help kids be active outdoors, encouraging kids to be social sometimes means letting them play video games. I think Mario and his entourage of character friends are a good option for making that happen, While a retro NES is nifty, it only allows one person to play at a time while Mario Party Star Rush allows up to 4!

You can get more information, visit the official Mario Party website or watch additional Mario Party Star Rush videos on YouTube. Visit Nintendo 3DS on Facebook and or Nintendo America on Twitter to learn what they have rolling out next.

What toy from your childhood do you still own?

11 thoughts on “You’ll Never Believe How Old Mario Is”