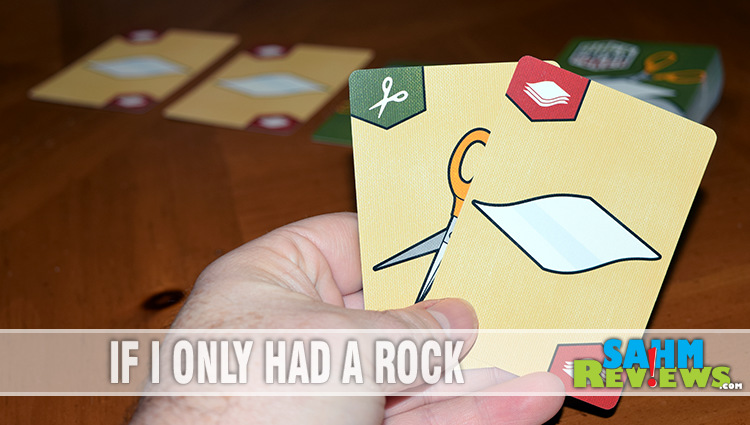 Back in September we discovered a card game publisher we hadn’t seen before. A friend from another game company gave us a copy of 8-28 and asked us to take a look at it. It is a fun little game taking some ideas behind Blackjack and turning it into a family-friendly game.

As it turns out, Main Street Card Club has a number of other card games in their catalog. Today we’re playing Rock Paper Poker, and it too “steals” some ideas from Las Vegas! Mix in the classic Rock Paper Scissors game we all played as kids and you have a brand new card game for game night. 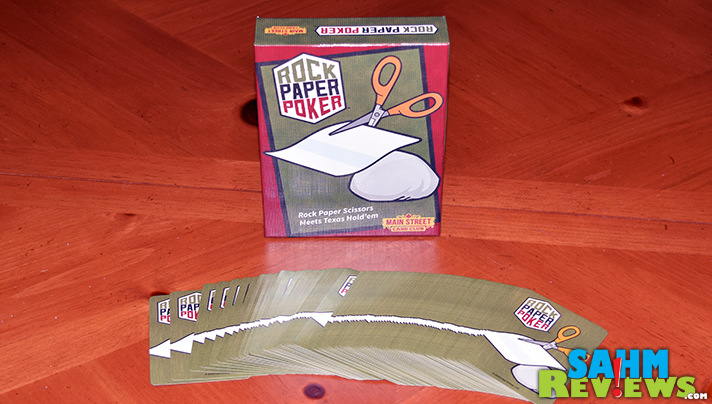 Rock Paper Poker includes 90 playing cards, 30 each of a rock, paper or scissors. As in Texas Hold ‘Em, you are trying to build your best hand using a combination of public cards on the table along with ones you hold in your hand. Thankfully, there is no betting in this game. You are simply trying to win the trick and collect all of the played cards. 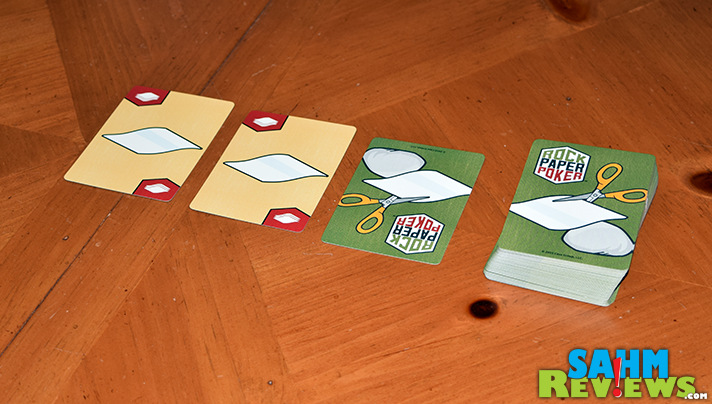 Each person is dealt two cards which they keep secret. Then three cards are dealt to the table, two face up and one face down. In a normal hand of poker, this is where each player would open with a bid. In Rock Paper Poker you simply have the decision on whether to participate in the hand further or to fold. Folding allows you to keep your two cards in your personal collection pile. 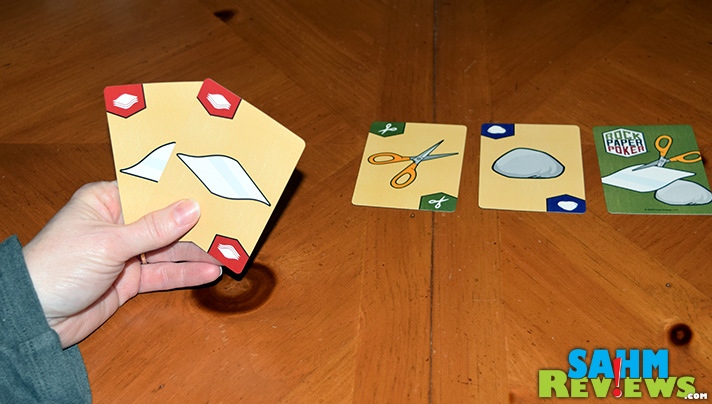 But those who choose not to give up remain in the hand while the third card is revealed. Very simply, at this point the best hand wins. With only three different types of cards (no suits, no numbers), the possible hands are only five-of-a-kind, four-of-a-kind, full house, three-of-a-kind and two pairs. 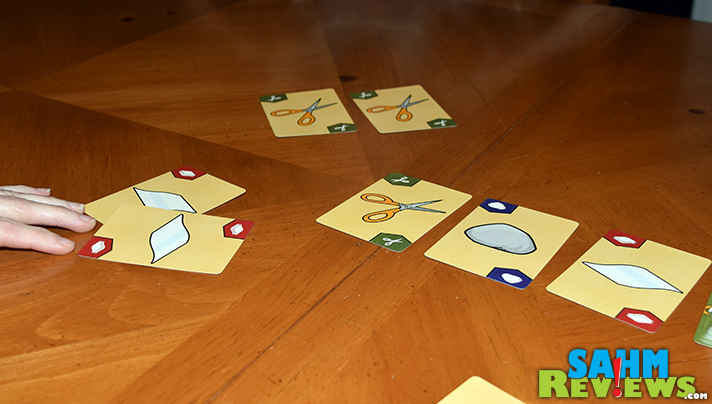 There will be a lot of ties in Rock Paper Poker, so ties are decided by the card suits. Rock beats scissors, paper beats rock and scissors beat paper. It is entirely possible for a round to end in a complete tie. For example, if all players have three-of-a-kind and each one is different. In this case, each player is dealt an extra card and resolve the tie in tradition rock-paper-scissors fashion! 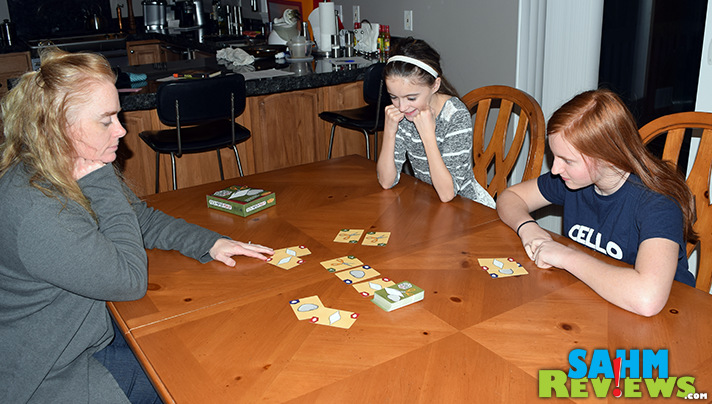 For under $13, Rock Paper Poker is an interesting introduction to the mechanics of poker by utilizing a playground game we’re all familiar with. It’ll take about 5 minutes to teach and supports up to six players. Take a look at Main Street Card Club’s website for more information about Rock Paper Poker and other titles they have available (we’ll be featuring more in the near future!). As always, be sure you’re following them on Facebook so you hear details on the next game(s) they’re working on!

Are you a rock, paper or a pair of scissors?