SahmReviews has been working with the toy and game industry for nearly a decade now. If you’re a regular visitor, you know we regularly feature (and prefer) board games. We’ve easily played over 500 different games this year alone, all in the name of finding good recommendations for our readers. We wish we could write about them all, but let’s be honest, you don’t want to waste your time (or money) on games that suck.

Our friends have always inquired about gift ideas, knowing we’re on top of the latest and greatest toys and electronics. Friends at our weekly game night also look forward to us bringing new, and sometimes pre-release, copies of brand new board game issues. So it should come as no surprise that they also inquire about which games would be a good choice for whom. 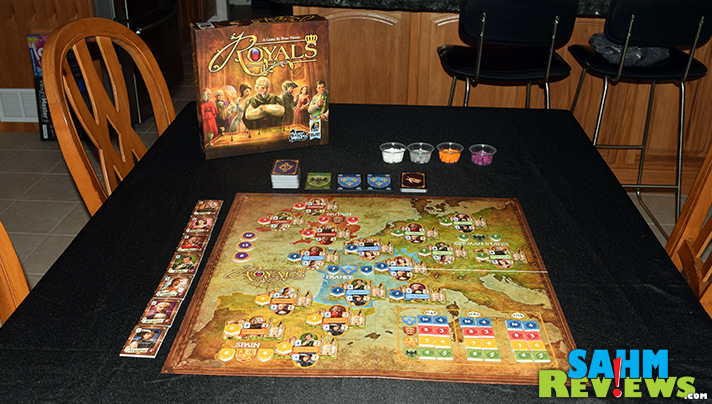 Just recently a friend asked for a game recommendation for their teenage son. He had just recently discovered hobby board games thanks to a local library program, and was currently enjoying Ticket to Ride and Karuba. His mom mentioned that he had a fascination with the the television series “The Royals” and also had recently written a report for school about Great Britain and the royal family. The game we would go on to recommend was one we had originally played at the same library game night months and months ago, and fit the theme perfectly: Royals by Arcane Wonders. It was also a logical ‘next step’ in difficulty from the previously-mentioned game titles. 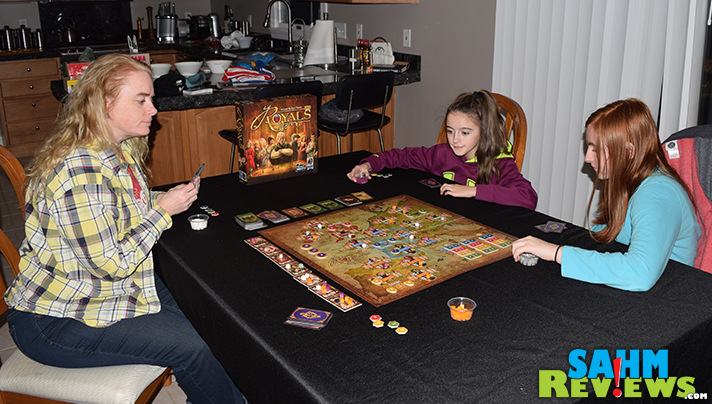 Royals shares a couple mechanics with Ticket to Ride, so if you’ve played the multi-million unit seller, then you’ll pick this up in no time. In TtR you are collecting cards of similar color to create connecting routes along a map. In Royals, you also collect similar colors, in the form of countries, in order to gain influence over the noble in one of the cities. 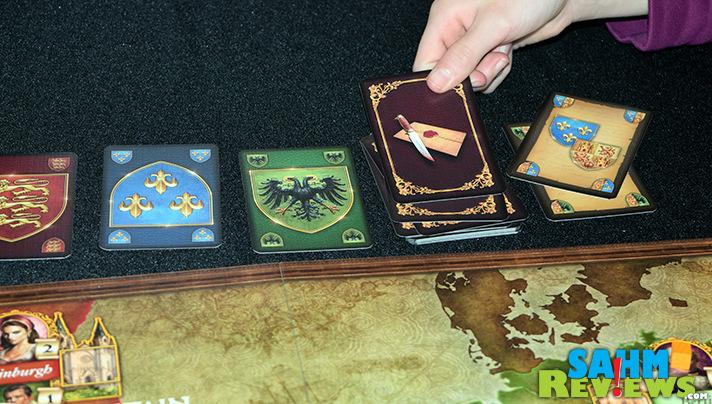 On your turn you’ll draw either three Country cards, or one Country and one Intrigue card, placing them in your hand. Next, you’ll play any sets you wish in order to be able to place your cube on both the corresponding Noble and Title card. If someone has already taken the Noble you were working on, simply play an Intrigue card with it which matches the country your Noble resides in. This demotes their Noble to the sanctuary and yours now rises to power. 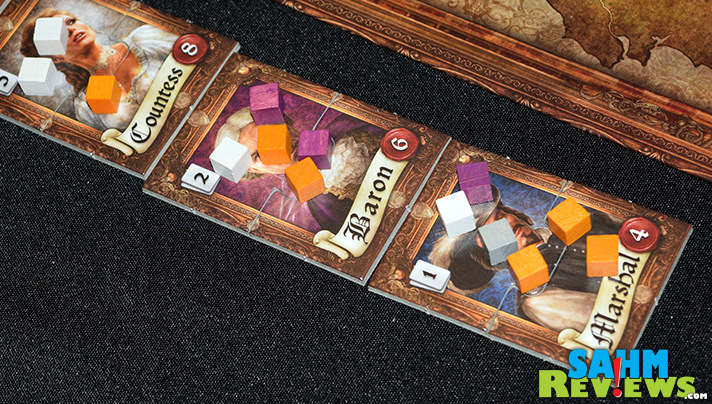 While it seems simple enough, there is actually a ton of player interaction as every spot on the board you take affects someone else. Same goes for when they gain influence over a Noble – it probably has consequences on your strategy. Being the first to a city (influencing the first Noble) gains you victory points in the form of a bonus marker. If you manage to have a Noble in every city of a country you also receive a Country Bonus, typically only available to the first two players to achieve it. There is also a race to have influence over each type of Noble (King, Marshal, etc.), and each player to complete the challenge receives a Noble House Bonus worth a decreasing number of points the further down the line you finish.

Royals is played over three rounds, signified by the depletion of the country cards (shuffle and reset for the next round). At the end of every round, period scoring takes place. Each player adds up their Influence points from any Nobles they have in the country. The player with the most points takes the higher period scoring marker, and second-most takes the lower.

After three rounds, final end-game scoring is tallied by adding up all your tokens/markers. Title scoring is awarded to the player(s) with the most cubes on the individual Title cards, splitting in in half if there is a tie. All players now add up all their victory points and (obviously) the person with the most is declared the winner! 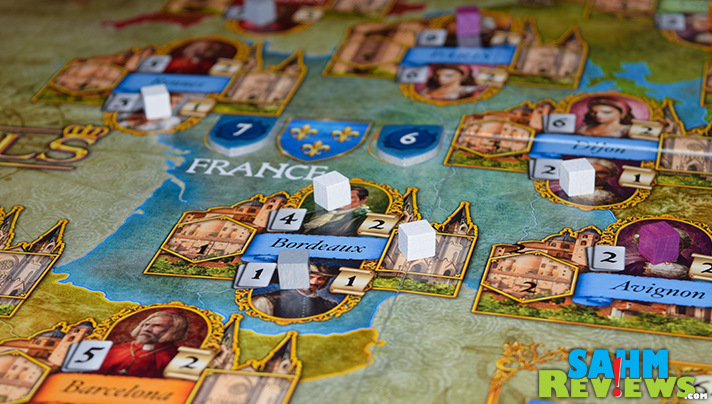 While we’ll have to wait until after Christmas to know for sure, we feel confident that our friend’s son will love Royals. Just a bit more complex than the titles he currently loves and in a theme that we know he’s into. And we’re not the only ones highly recommending Royals for your game collection – it was recently awarded the Dice Tower Essentials seal for games they feel are absolutely necessary in any game library. 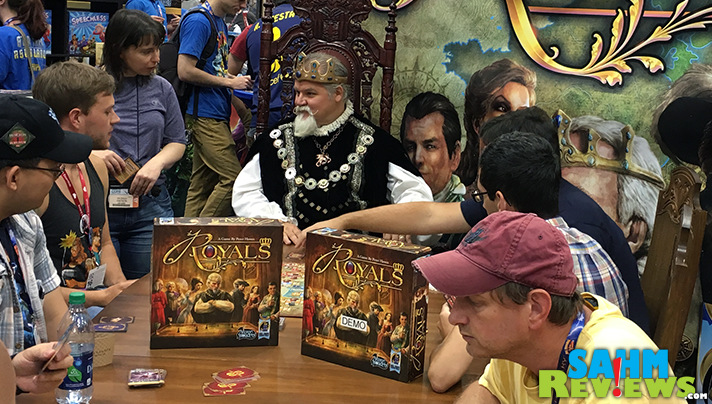 Even though the game is advertised for ages 14+, do not let that fool you. It can certainly be enjoyed and effectively played by kids as young as 10 or 11. One of the few games of this level that supports up to five players, you can pick up your copy on Amazon for under $40 or direct from Arcane Wonders! Be sure to watch their Facebook and Twitter feeds as Arcane Wonders regularly advertise special promos and appearances by game characters at conventions. Definitely something you don’t want to miss!

Do you think you’d enjoy a game with this theme? If not, what is your favorite game theme?

5 thoughts on “Hanging Out With the Royals”