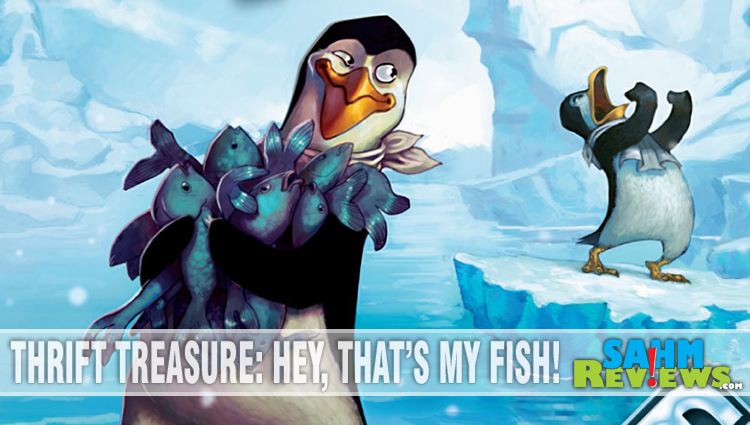 What would you call a penguin-shaped meeple? A peeple? Pengle? Meepguin? I haven’t made up my mind yet either, but am happy to have finally found a copy of Hey! That’s My Fish! by Mayfair Games at our local Goodwill. I have never played (until now), but have seen it mentioned a lot in different Facebook groups in response to questions about great family games that are entertaining for all ages. 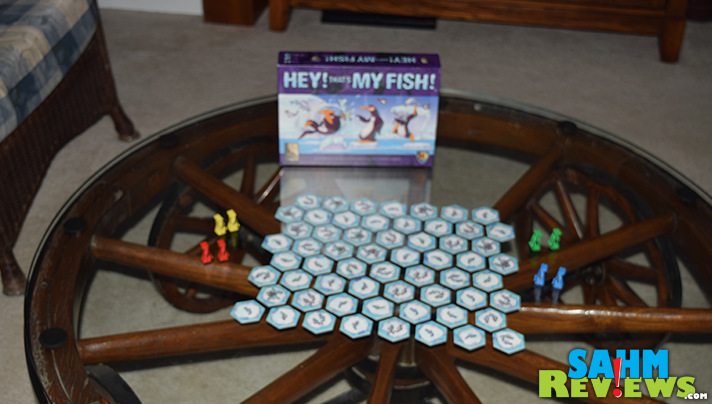 And now after a couple plays, we understand what all the hubbub was about. Hey! That’s My Fish! is super-simple to explain to children as young as 5 or 6, yet has strategic complexity that will keep adults coming back. A rare feature in most games and another reason we couldn’t believe someone donated this to thrift. 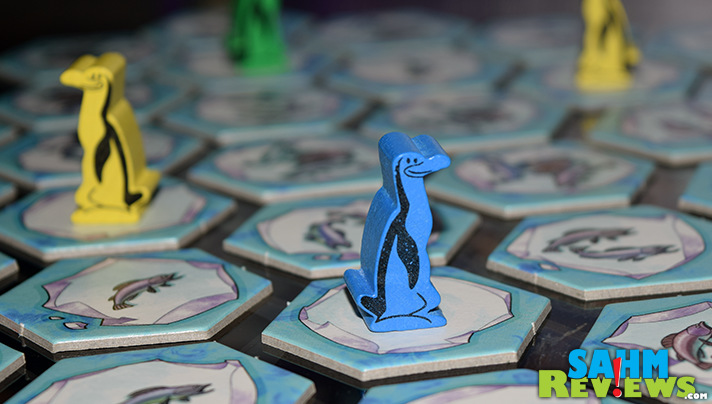 in Hey! That’s My Fish! each player controls a colony of penguins jumping from ice floe to ice floe hunting fish. At the same time they are trying to prevent other colonies from doing the same and attempting to secure the best fishing grounds for themselves. At the end of the game, the colony that catches the most fish is declared the winner! 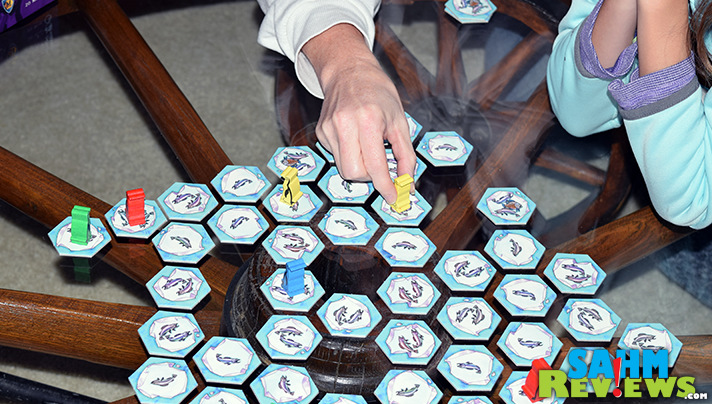 For the setup, shuffle the sixty included hexagon tiles and flip them face-up. Arrange them in a rough square in rows of seven or eight until all tiles are on display. It does not have to be a perfect square, just try to make sure the tiles are distributed randomly. Each player receives a number of penguins of their chosen player color depending upon the number of overall participants. 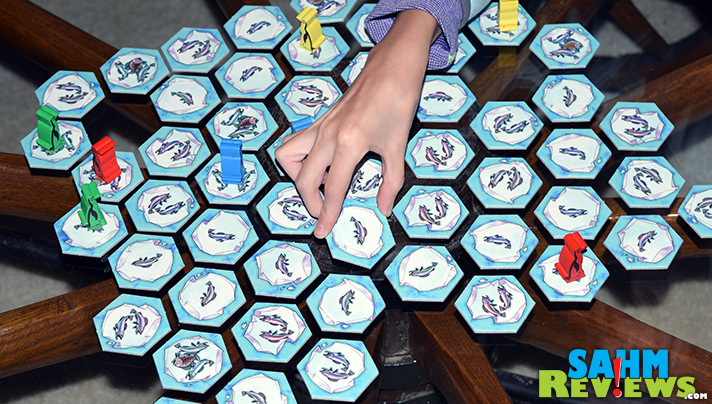 Everyone takes turns (starting with the youngest player) placing their penguins on any tile which contains only one fish. This becomes your starting position and careful selection is required for ultimate success. On your turn you may move one penguin in any direction as far as you like as long as you don’t pass over an empty spot or a tile that contains any other penguin, even your own. 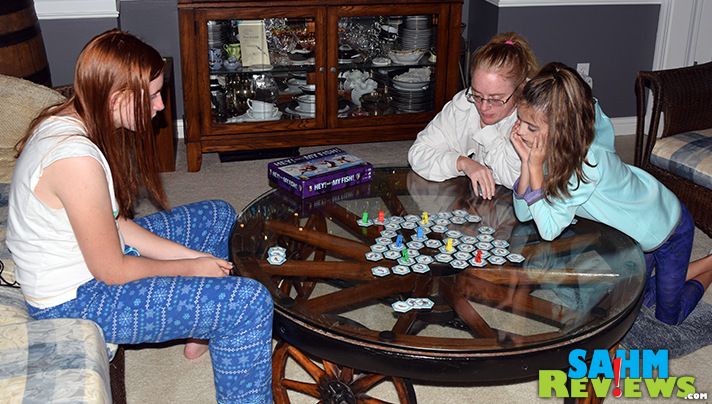 After moving, pick up the tile you just vacated and place it in front of you. These represent your catch and will ultimately be counted to determine the winner of Hey! That’s My Fish! Players take turns moving and capturing until each player cannot move their penguin any longer. At this point they remove their bird from the board, taking the tile they last landed on into their catch. 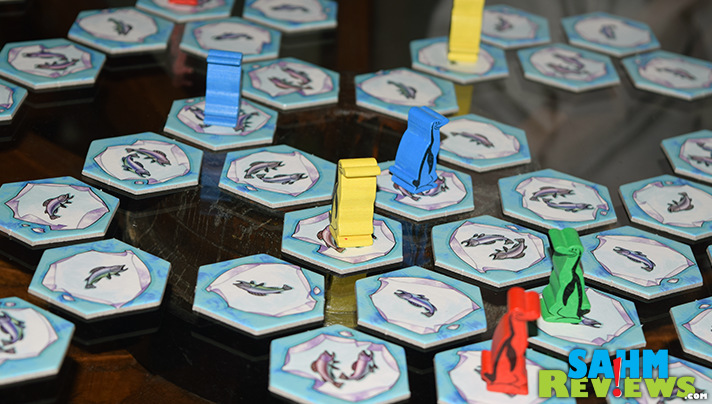 Once all players have exhausted all of their possible moves, the game ends and everyone counts their catch. The colony with the highest catch total win! If there happens to be a tie, the player with the most captured ice floes is declared the winner. If there is still a tie…well…it’s a tie.

Our Mayfair Games edition was published in 2005, and was reissued recently in 2012 by Fantasy Flight Games. This is a case of a game being popular enough to warrant many reprints and good enough to not need any changes to the rules. Simply look for the cheapest copy out there if you want to add one to your collection! You can find the Fantasy Flight version on Amazon for around $18 shipped and used copies of the travel edition on eBay for under $12 shipped!