I was one of “those people” who stood in line back in 2004 to be one of the first people to be able to play World of Warcraft by Blizzard Entertainment. Ok, maybe that’s stretching the truth a little bit. Nicole stood in line for me while my brother and I were away for a weekend in Las Vegas. Nevertheless, we made it back to our unopened copy of WoW in time to begin playing towards the end of day 1.

It wasn’t my first MMO, nor would it be my last. Anyone who knows me knows I get addicted to things. For many years it was my work. I’d regularly put in 14 hour days growing our company. It was worth the effort, as it did allow us to retire early and spend time with our kids while they still actually want to. I logged many, MANY hours playing WoW, participating in many server-firsts and raiding almost nightly. I bought the first two expansions the moment they were available, but after a half-dozen years of staring at the same characters, other interests took hold.

A couple years ago I participated in the beta program for Hearthstone, Blizzard’s online card-based battle game. Every evening Madison and I would play, her on her iPad and me on the computer. We looked forward to updates that would issue new cards and celebrate when either of us were lucky enough to receive one of the coveted “Legendary” cards. That lasted for about a year before, again, other interests got in the way. This time it was board games. And if you’re a regular reader of SahmReviews, you know we’re super-into all types of tabletop titles!

But now Blizzard has drawn us back into their grasp with their newest release, Overwatch. In development for over two years, Overwatch starts in a highly fictionalized version of future Earth, where humans and robots known as the Omnics existed together. The peace did not last – the omniums producing the omnics went rogue and began constructing militarized robots to stage an uprising. To fight back, the United Nations found the most elite soldiers from around the world and formed the peacekeeping force known as Overwatch.

Overwatch is a 6 vs. 6 team-based shooter available on the PC, XBox One and the Playstation 4! Unlike World of Warcraft, there is no real ‘leveling up’ of your character. The only things you can change are the sounds, voices and skins (costumes) of your avatar to give it some personalization, but the abilities are static. You can think of Overwatch as the largest game of rock-paper-scissors ever constructed as every character has been tested, balances and re-balanced so that no one is overpowered. 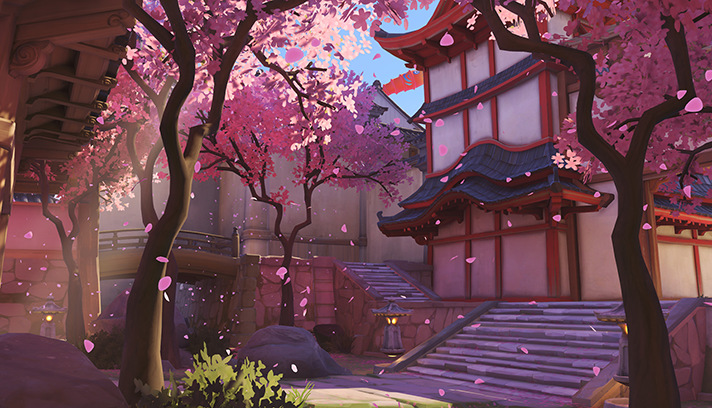 Team makeup is crucial and is what makes Overwatch really shine. When playing in the battlegrounds in WoW, it was not uncommon to see a character with epic gear completely dominate over someone who had played much less. This cannot happen in Overwatch – sure, their character may look cooler, but they will die just as easily as you will. In fact, if you choose the correct one to play, you may end up with a distinct advantage! Fortunately you can change your character at any time when you are in your team’s home base. 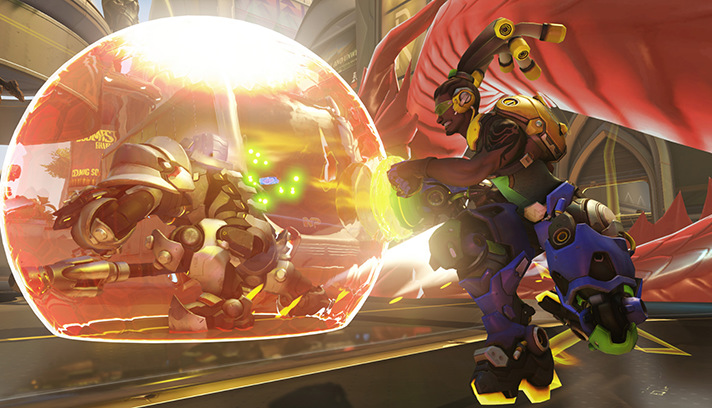 Currently there are 21 different Heroes in four different roles to choose from, each having over 50 different modifications you can make (skins, sprays, etc.). Knowing Blizzard, we can expect more of them all every few months. Of course, there is an in-game currency (credits) which you SLOWLY earn that allow you to purchase these avatar upgrades. Every level you also receive a “Loot Box” which randomly awards your four upgrades (from the above-mentioned 1000+) or some extra credits. Yes, you can spend real money to further it along, but all it gets you are more loot boxes – you’re still at the mercy of the random draw! 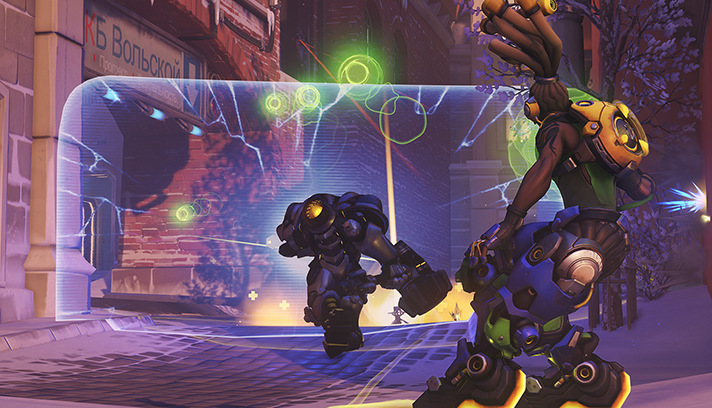 But back to the addiction. Overwatch has only been out since May 24th, and as of the time I am penning this post on June 12, combined we have logged over 30 hours of play already! It seems I have passed on the addiction gene to my oldest daughter. I guess I can’t blame her, there are much worse things she could become addicted to! 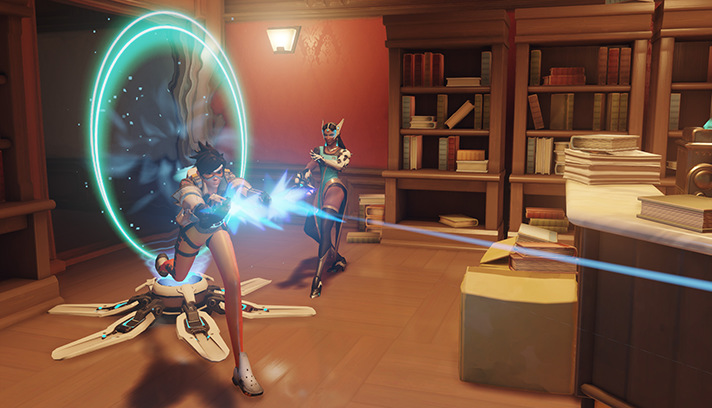 But in all seriousness, Overwatch is a fantastic addition to the shooter genre and much more kid-friendly than Call of Duty, Team Fortress or any of the other military-based first-person shooters. Already there are over 7 million players online across the three platforms, and that’s only a couple weeks in! You can find your copy on Amazon for under $60. If you’re on the XBox, watch for our gamertag “Madisor” – we’ll be the one killing you!