Okay, be honest. Thinking back to the holidays… How many of you read our heads-up and were able to purchase Disney Infinity 3.0 before it became too scarce to get your hands on? Did you take our advice and successfully fill wish lists or were you left having to tell your loved ones that you missed out on getting Inside Out and Star Wars figures?

The hottest stuff always sells out. With the upcoming release of Captain America: Civil War, are Marvel figures already on the “I want” list in your house? Yup. Ours too.

As you know, I’m headed to Los Angeles to cover the release of the movie, screen it and and interview some of the available cast. While we wish we could take you all with us, we are going to try our best to make sure you feel like you are there. We will using Twitter, Instagram, Facebook, Periscope, Snapchat – basically all forms of social media – so that you will feel like you are a part of the action. The 25 bloggers have been divided into two groups, #TeamCap and #TeamIronMan. As super-ambitious and techno-geeky Iron Man fans, our team has decided to gather the troops and have ourselves a digital party.  Isn’t that what Iron Man would do? (Hmmm. Maybe I need a bumper sticker that says that: WWIMD?) You’re invited and we are excited to bring you some great opportunities to win some #TeamIronMan products! We will be hosting a Twitter party on April 6th along with providing an opportunity for you to win the cool Marvel Disney Infinity stuff I previously hinted about.

Let’s start with some of the details about the Twitter party! 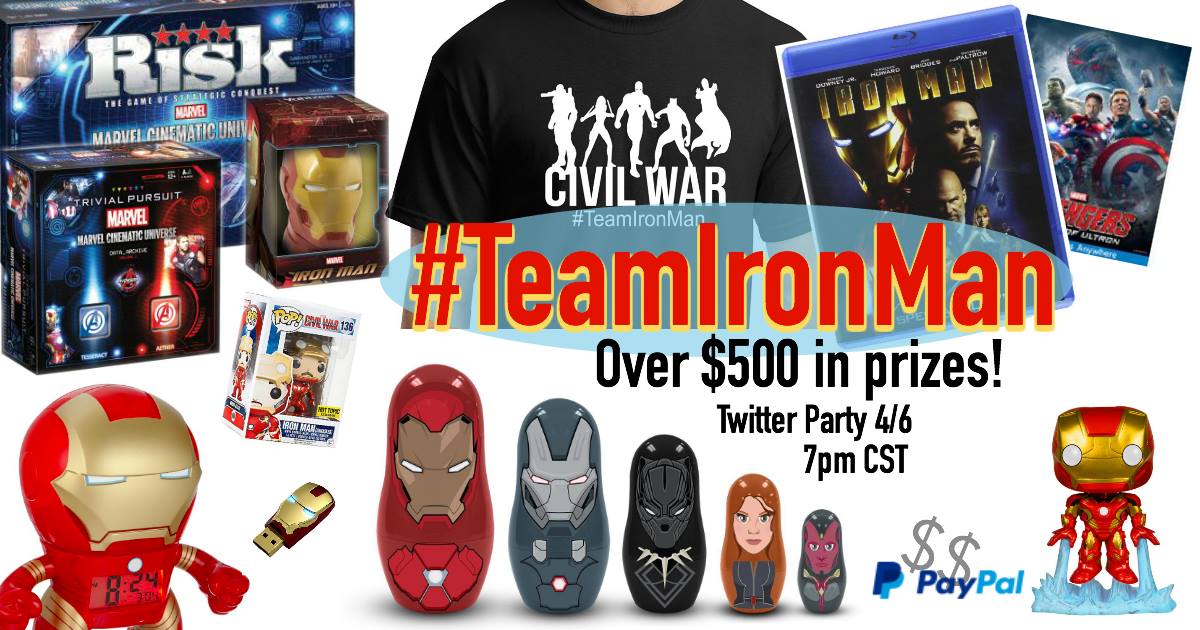 Twitter parties are a great opportunity to chat with a bunch of other like-minded people at the same time in a crazy, fast-paced hour. But what fun is a Twitter party without prizes? We have an awesome lineup that we’re hoping you like!

Don’t want to wait for the Twitter party to throw your hat in to win some prizes? We have you covered there, too! Our friends at Disney Infinity have also provided us with a giveaway that any Marvel gamer would be excited to win!

This is the ultimate prize package and includes:


Don’t forget to follow along with the entire group from April 9-12! 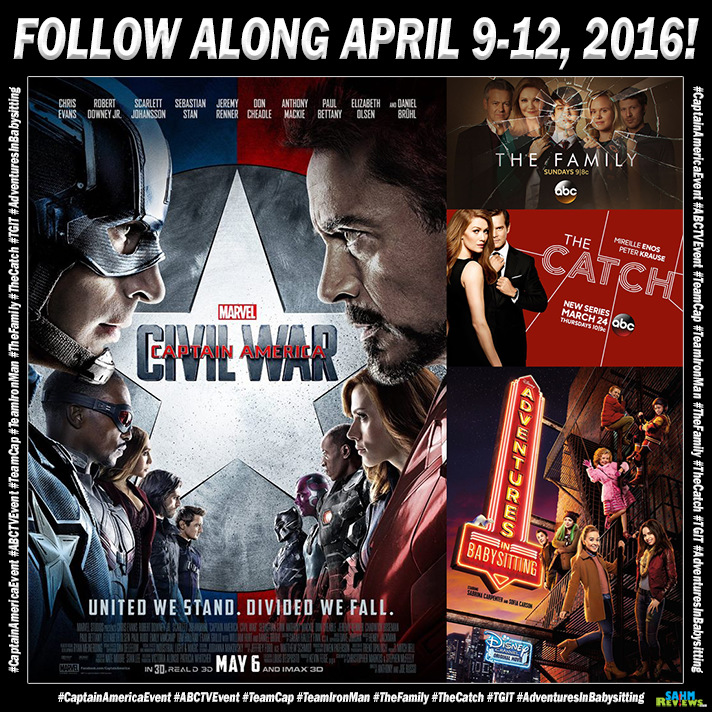 About Captain America: Civil War
Marvel’s “Captain America: Civil War” finds Steve Rogers leading the newly formed team of Avengers in their continued efforts to safeguard humanity. But after another incident involving the Avengers results in collateral damage, political pressure mounts to install a system of accountability, headed by a governing body to oversee and direct the team. The new status quo fractures the Avengers, resulting in two camps—one led by Steve Rogers and his desire for the Avengers to remain free to defend humanity without government interference, and the other following Tony Stark’s surprising decision to support government oversight and accountability.

Get ready to pick a side and join the nonstop action playing out on two fronts when Marvel’s “Captain America: Civil War” opens in U.S. theaters on May 6, 2016.

A HUGE THANK YOU to USAopoly for providing many of the prizes! Their line of licensed family games include Monopoly, Operation, Risk, Trivial Pursuit, Life, Clue and many more. Among their hot licensed brands, you’ll find popular shows including Marvel, Game of Thrones, Firefly, Harry Potter, The Big Bang Theory, The Walking Dead and Doctor Who among others. Visit the website to see all the variety available for the fanatic in your life.